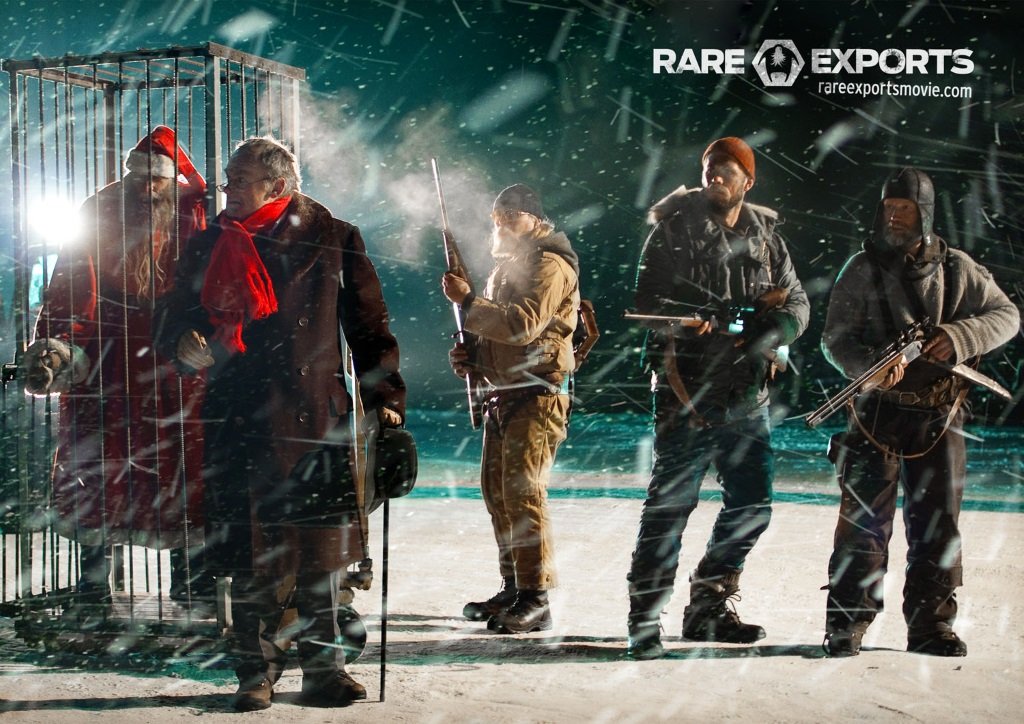 Rare Exports: A Christmas Tale (Finland, 2010) comes from the land of the original Father Christmas but he’s no cuddly old man who hands out presents at Christmas. This Santa Claus, who has been buried in a man-made glacier like a wooly mammoth, is a child-snatching demon who punishes the naughty with the help of his army of naked, scraggly old men elves: the Father Christmases of the wild, who move through the film like a herd.

You could say it’s a black comedy but writer/director Jalmari Helander doesn’t play it for laughs. It’s more like a surreal action thriller in the isolated frozen north on the Finland-Russia border, where a secret expedition is busy trying to excavate the folkloric monster (complete with safety instructions for the drilling crew: No cursing, now, and wash behind your ears) and the reindeer-herding Fins on the other side get the blowback.

The black humor is more like a wicked genre version of Aki Kaurismaki: pure deadpan tension and horror thriller situations, with a tow-headed little kid taking charge like he’s the action hero. And indeed, he is. But he’s also an entrepreneurial spirit. Rare Exports, indeed.

Rated R, in English and Finnish with English subtitles

Add to Amazon Prime watchlist or to My Stuff on Hulu or to My List on Shudder, or watch for free on Kanopy or Hoopla, which are available through most public and college library systems.

On Blu-ray and DVD from Oscilloscope with supplements. Director Jalmari Helander first stalked the wild Santa Claus in a pair of short films, Rare Exports Inc. (2003) and Rare Exports Inc.: The Official Safety Instructions (2005), and both of these shorts—made with the same dry, deadpan attitude, but with the surreal imagery packed even tighter in the story—are included in the supplements. The DVD also includes a half-hour making-of featurette and a shorter piece on the concept art among the supplements. Exclusive to the Blu-ray+DVD Combo pack is a (extremely poor) copy of the 1964 feature Santa Claus Conquers the Martians dubbed off a scratchy, faded 16mm print.