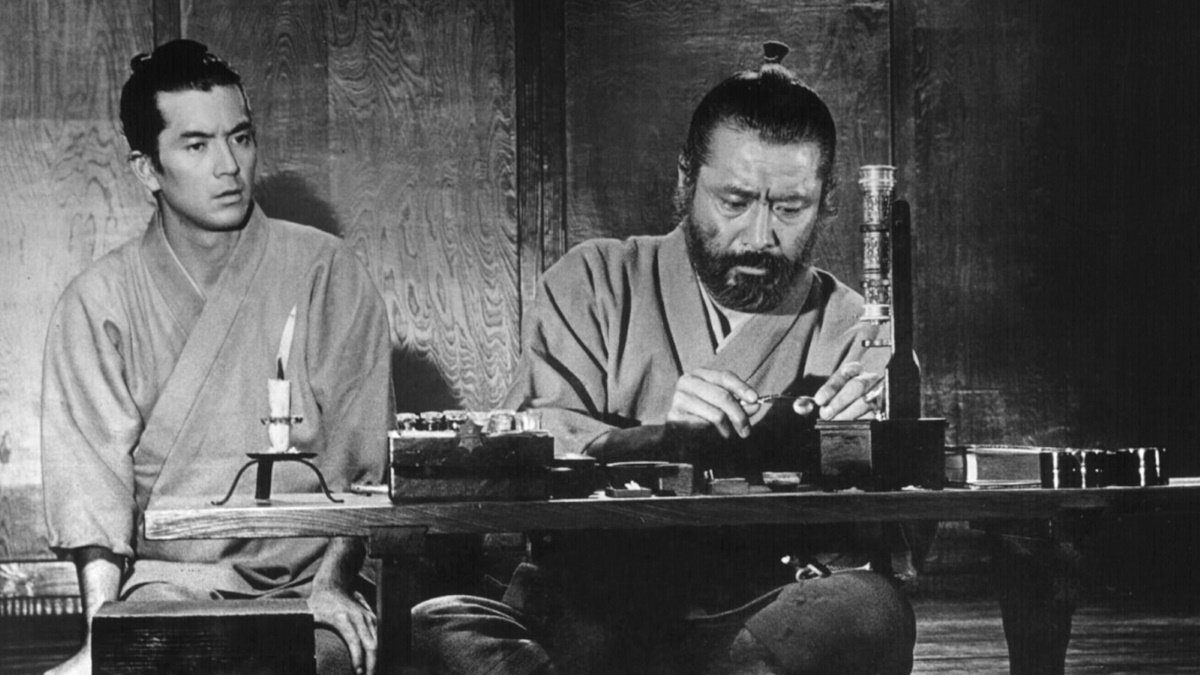 Red Beard (Japan, 1965) is one of Akira Kurosawa’s most ambitious (it took him two years to shoot), personal, and heartfelt films. It also marked the final collaboration between Kurosawa and actor Toshiro Mifune, who became one of Japan’s greatest movie stars under Kurosawa’s direction.

Gentle under his gruff hide and bearded face, but fierce in the face of greed and selfishness and cruelty and, worst of all, indifference, Dr. Niide—known to patients and coworkers alike as Red Beard (Toshiro Mifune)—is the fighting angel of the slums in 17th century Edo and the moral bedrock of Kurosawa’s world. While Mifune brings both dignity and unexpected brashness to the character, the three hour film belongs to the education of spoiled, insolent young doctor Yasumoto (Yuzo Kayama) under his patient tutelage.

The upstart, who has every expectation of an appointment to the court medical staff, is sent to the impoverished clinic by his father and dumbfounded when he’s assigned to intern under the charge of Niide. He’s appalled at the primitive conditions and the pathetic state of the patients but startled out of his complacency when brought face to face with the poverty and ignorance and cruelty of their world, and the kindness and nobility of a few who survive under its oppression. He all but takes over the film in the second half as he nurses a skittish, suspicious twelve-year-old girl back to health and matures as both a healer and a humanitarian.

Kurosawa wears his social politics on his sleeve and the script often unnecessarily offers simplistic psychological explanations to unnecessarily naïve characters, but his compassion and generosity of spirit grounds the film in a powerful humanity.

Read more in my essay on TCM

Black and white, in Japanese with English subtitles

Also on DVD and on SVOD through Amazon Video, iTunes, GooglePlay, Vudu and/or other services. Availability may vary by service.
Red Beard (The Criterion Collection) [DVD]