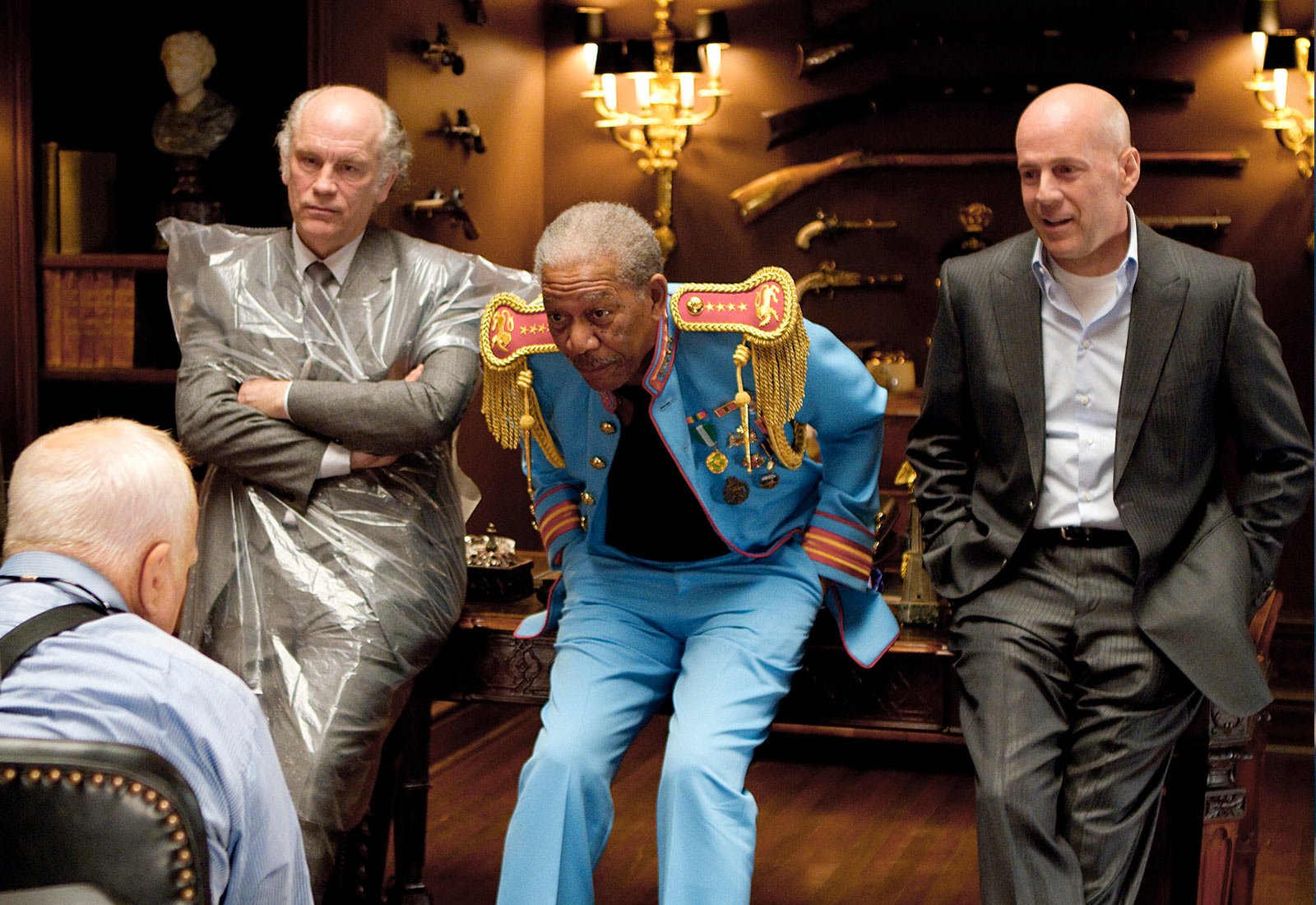 Red (2010) isn’t a name (or a color) in this comic-book movie about retired covert agents who are roused back to action to teach the new breed a thing or two about the spy game. It’s a designation that stands for “Retired, Extremely Dangerous.”

Bruce Willis headlines an ensemble that includes John Malkovich, Morgan Freeman and Helen Mirren as old agents targeted by a new regime cleaning house and Mary-Louise Parker as a civilian from the pension department who gets tangled up in their survival shenanigans.

It’s not particularly memorable as an action film—director Robert Schwentke is no John Woo—but the ensemble brings chemistry and eccentric characterizations to the tongue-in-cheek sensibility. Malkovich overacts expectedly, Mirren is tough and regal, Freeman is the easygoing get-along guy who enjoys being back in the company of his spook buddies and Willis is simply Willis, a little older but just as mouthy as the aging super-agent who proves that cunning, confidence and skill will beat youth and arrogance any day.

The DVD and Blu-ray Special Edition both feature “Access: Red,” an audio-video commentary track with scene specific commentary snippets by former CIA Field Officer (and the film’s consultant) Robert Baer interspersed with short featurettes on the film and CIA lore, cast interviews and a text trivia track that is indeed trivial. My favorite tidbit: Helen Mirren sharing that “I’m basing my character on Martha Stewart.” Why? “She’s a perfectionist.” The commentary is also available as an audio-only track but it’s spotty and the “Access: Red” function plucks the best bits from it. Also features deleted and extended scenes.