The Red Queen Kills Seven Times (Italy, 1972) is the second of only two gialli made by Emilio P. Miraglia (the first, The Night Evelyn Came out of the Grave, is reviewed on Stream On Demand here). More indebted to the Gothic tradition in his brief engagement with the giallo, his two features are more mystery thriller than horror. They also, like Blood and Black Lace and Death Walks at Midnight, embrace the fashions of the era, which he weaves into the Gothic flashback to create something a little different for the genre.

The Red Queen Kills Seven Times refers to an ancient family curse that a kindly grandfather (Rudolf Schündler) tells his constantly battling young granddaughters, who are already on the verge of fulfilling it: every hundred years, a brutal, bullying heir to the manor is killed by her sister and then returns from the grave to kill seven times, the final victim being her murderer. Jump fourteen years ahead and Kitty (Barbara Bouchet), the blond sister, is now a photographer for a Berlin fashion house and the brunette sister is missing (“moved to Canada,” everyone says) when the grandfather dies and the Bavarian family castle is to pass to the girls. In fact, the sister is dead and the curse begins again as members of the family and the fashion house are murdered by a mysterious figure clad in black with a red cape.

Like Evelyn before it, the DNA comes from the German krimi, and this one is even set and shot in Germany. Details that appear confusing at first—three of the leading actresses have a startling resemblance, to the point that you might mistake one for another—pay off by the end. The plot is overly confusing (common to the genre) but it ultimately fits together nicely (not so common). Also note an early appearance by future genre star Sybil Danning.

It straddles old and new: a sophisticated, fashionable protagonist who lives a modern urban life yet are is drawn back to the family manor where paintings of the dead keep the past around as if haunting the place. It’s a sensibility reminiscent of Corman’s Poe films brought into the modern world and that past struggles with the present for control over our heroes.

Arrow’s box set Killer Dames: Two Gothic Chillers by Emilio P. Miraglia is a double feature limited edition with both Blu-ray and DVD editions and an impressive collection of supplements (new commentary by Alan Jones and Kim Newman, interviews with actress Sybil Danning and Thrower, an alternate opening, and a brief video introduction by production designer Lorenzo Baraldi, plus archival interviews with Baraldi and actors Marino Masé and Barbara Bouchet and the interview featurette “If I Met Miraglia Today” with Blanc, Baraldi, and Masé). It also features The Night Evelyn Came Out of the Grave with Anthony Steffen and Marina Malfatti and an addition slate of supplements. 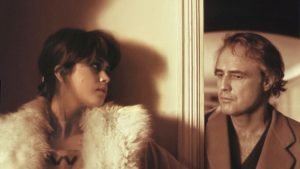 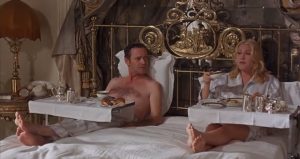 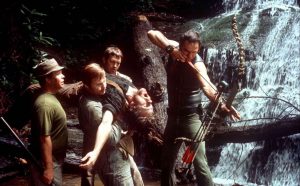 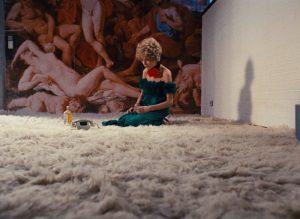