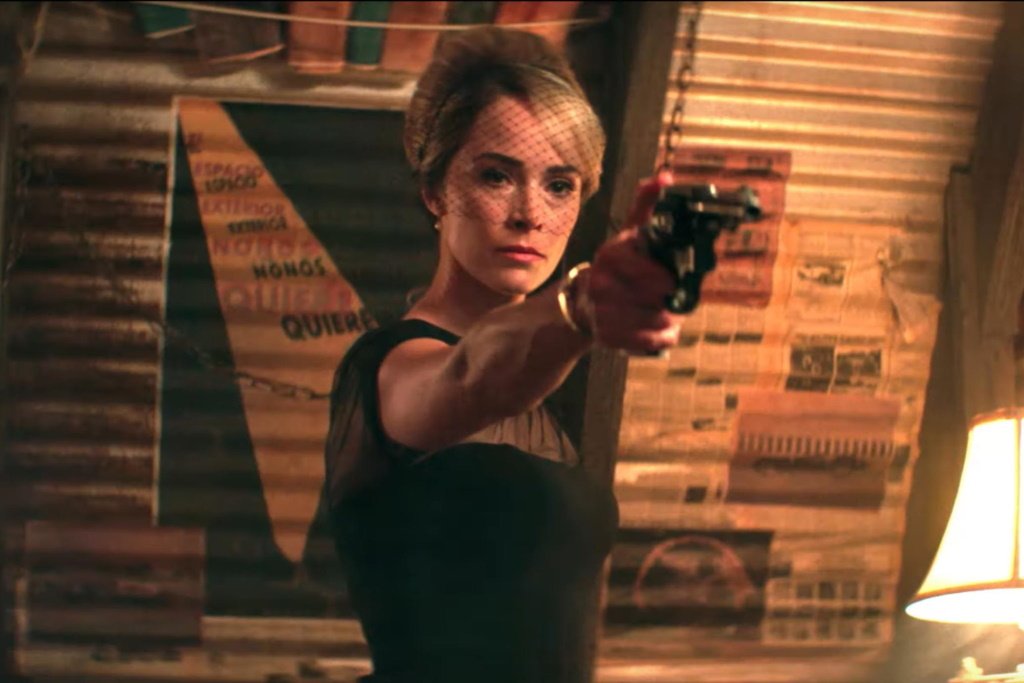 Abigail Spencer (Timeless, Rectify) plays Katherine Harlow, who in the opening minutes of the series is dragged to her death for betraying The Banished Brawlers to rival gang The Ghouls. Except she was innocent, framed as part of a power play, and she survived, reinventing herself as Doris Quinn.

As she later explains, “All my life, men have underestimated me.” She uses that to her advantage as she plots revenge, aided by a reluctant mole (Mena Massoud of Disney’s live-action Aladdin) and a robbery crew nicknamed The Monsters. Yes, this show is big on logo-ready monikers.