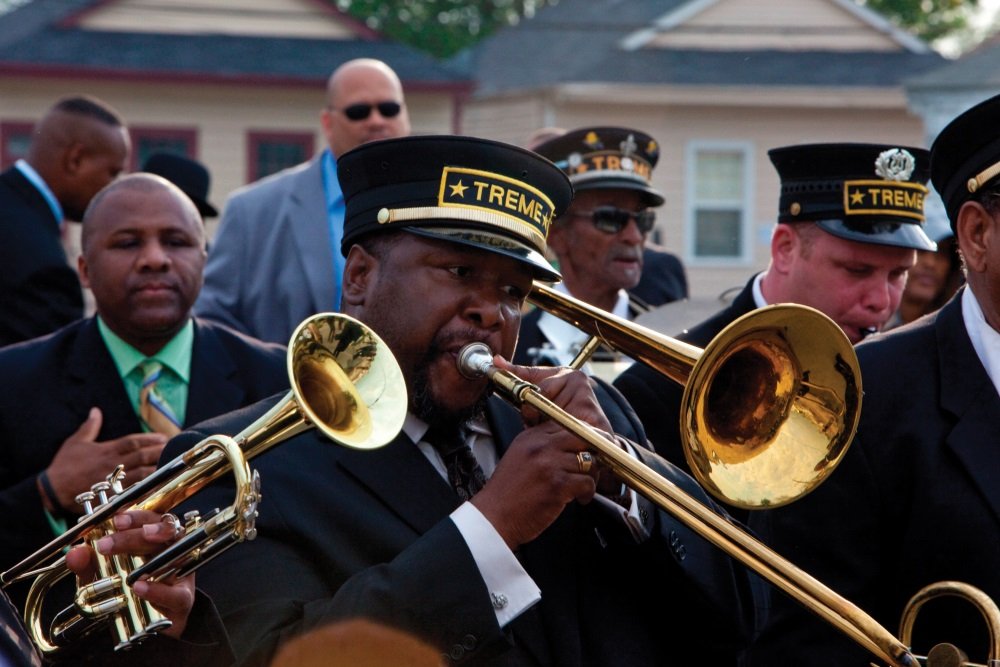 This weekend marked the tenth anniversary of Hurricane Katrina’s devastation of New Orleans, a natural disaster compounded by insufficient defenses and a disastrous response by the government.

Looking for a proper way to mark the occasion? Amazon Prime and HBO subscribers have two very good options.

Treme, David Simon’s follow-up to The Wire, is beautifully textured series that opens a year after Katrina as New Orleans natives try to pick up their lives and careers in the face of the devastation and damage, the exodus from homes left unlivable by water damage and mold, and the frustrations of bureaucratic tangles, government failures and overloaded demand on private contractors.

Spike Lee’s acclaimed four-hour, four-part documentary When the Levees Broke: A Requiem in Four Acts chronicles the destruction of New Orleans by Hurricane Katrina through the personal stories of those who lived to tell about it, and the political and social realities revealed in the aftermath of the disaster. The production debuted on HBO one year after Hurricane Katrina, as New Orleans was still in a state of devastation.

Lee puts the destruction and damage in human terms. Hurricane Katrina was a Category Five hurricane, the most powerful and dangerous category there is, and Lee shows us footage from news crews and civilians that captures its devastating power. This is no special effect, this is the real thing, and the only thing more sobering than the storm in action is the plight of its victims in the face of federal and state inaction.

Treme is no documentary and doesn’t show the storm but a story of the city through the experiences of the characters (most fictional, some real) that make up the sprawling community. Music plays a defining role in the series, and along with the rich array of New Orleans music (old-style jazz, R&B, rock and roll, brass brand, traditional chanting, and more) and the stories of musicians trying to sustain careers in difficult times, but the sprawling cast of characters encompasses a vast universe of experiences in all levels of society, culture, and politics, from Mardi Gras traditions to the struggling restaurant culture to the cover-up of police misconduct during the dark days of the disaster.

It never found the critical cache or the intense devotion that The Wire such a landmark, perhaps because these stories didn’t revolve around the volatile lives of cops and drug dealers and street kids trying to survive it all, but these stories are no less profound or moving and the culture that Simon and his collaborators (co-creator Eric Overmyer and writer David Mills, both veterans of Simon’s Homicide and The Wire, and novelist George Pelicanos and food writer Anthony Bourdain are part of the writing team) present on screen is richer and denser and more complex than anything I’ve seen on a fictional TV series. And when you pull it all together, you see a subtle but resonant closure that, as in The Wire, ties the series finale back to the first episode, both here directed by the great Polish filmmaker Agnieszka Holland: “Do You Know What it Means” and “… To Miss New Orleans.”