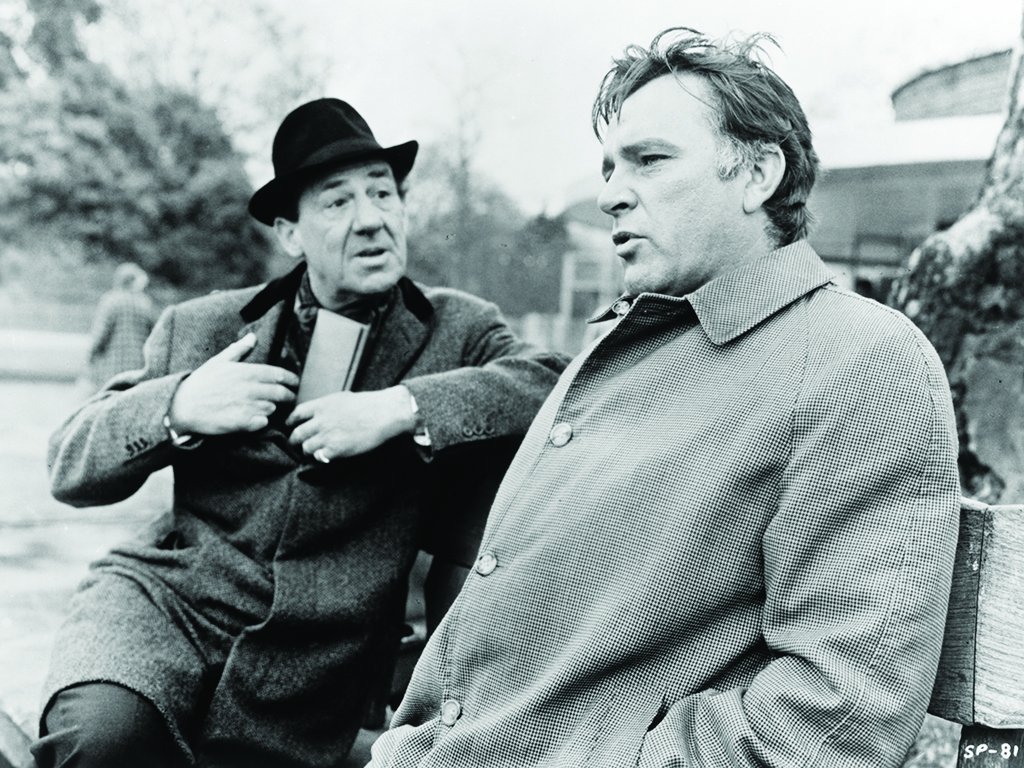 Richard Burton is Alec Leamas, a once-sturdy MI-6 agent who has become a disillusioned burn-out after seeing too many fellow agents die, in The Spy Who Came in from the Cold (1965), Martin Ritt’s superb film of John le Carré’s novel. The author was a British agent in his own right and his books were an antidote to the Bond novels of the 1950s and spy fantasy movies of the 1960s. Ritt brought the same commitment to his film, giving it a sensibility marinated in British restraint and Le Carre’s ambivalence and mistrust of methods and motivations on both sides of the Cold War.

When Leamus is told to “stay in the cold a little longer,” he begins his decline into unemployment, private sector dreariness, the bottle, and possibly into high treason when a foreign agent comes shopping for secrets. Claire Bloom costars as the idealistic young Nan, a proud British Communist and the sole innocent in a world of double agents, ambitious officers, and cold, calculating spies. Oskar Werner plays Alec’s opposite, a brilliant young East German agent who is a true believer with a fierce commitment to service. If the machinations of the Circus (as they refer to MI-6) are coolly dispassionate, they are downright cold-blooded on the other side of the Iron Curtain.

Burton delivers one of his finest, most nuanced performances as Leamus, an agent who has to play the career man gone sour, surly and angry. He lets his face fall with apathy and alcohol, a dull stupor that goes away only when he’s talking to his fellow agents. Even in private with Nan, ostensibly at ease and being a normal guy with a girl, he’s in character as the broken, cynical man. He’s the double agent as method actor, with the real man somewhere in between the blur of the two roles.

Director Martin Ritt casts a spell through the film, creating a tension in subdued dialogue scenes by suggesting the power plays under the surface of edged remarks and prodding suggestions. He shoots in shabby apartments, tawdry clubs, and rooms devoid of warmth for personality, the better isolate Alec, in a handsome, unshowy style. The camerawork by cinematographer Oswald Morris is restrained yet fluid, carving out the scenes with a sure sense of space, and the black-and-white photography seems just right for a film where the players are measured in shades of gray.

The first screen adaptation of a le Carré novel is still one of the best. Over fifty years later, The Spy Who Came in from the Cold remains one of the most intelligent spy dramas made, and one of the most disillusioned.

Burton earned an Oscar nomination and won the BAFTA for best British actor for his performance. It one of four BAFTAs (the British equivalent of the American Oscars) won by the film, which also won for best British film and cinematography.

Not rated, black and white

, iTunes, GooglePlay, Fandango, Vudu and/or other services. Availability may vary by service.
The Spy Who Came in from the Cold (Criterion Collection) [Blu-ray]

The Spy Who Came in from the Cold (Criterion Collection) [DVD]

The Spy Who Came in From the Cold (Paramount) [DVD]

The film is available on DVD in a movie-only edition from Paramount and in a Criterion Collection special edition on Blu-ray and DVD. The Criterion edition features select scene commentary with director of photography Oswald Morris, a 40-minute interview with author John le Carré, the 2000 BBC documentary The Secret Centre: John le Carré, a 1967 interview with Richard Burton from the BBC series Acting in the ’60s conducted by critic Kenneth Tynan, a 1985 audio-only interview with Martin Ritt conducted by film historian Patrick McGilligan, a gallery of set designs, and a booklet featuring an essay by critic Michael Sragow.