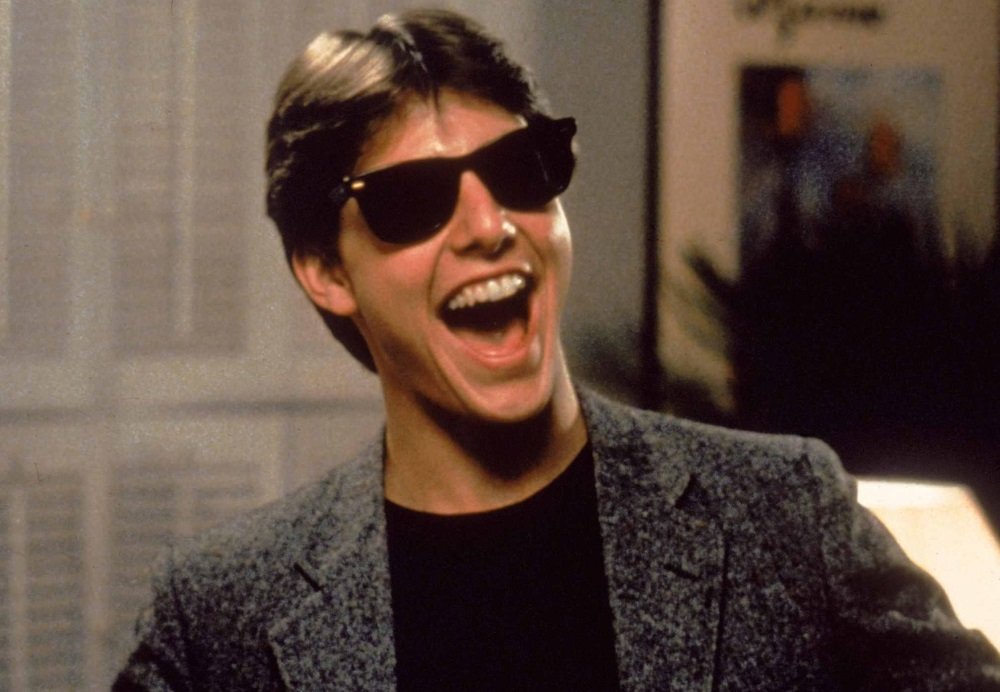 In 1983, in the midst of a new boom of teen sex comedies, Paul Brickman turned the genre inside out with Risky Business (1983), a savvy social satire in the guise of a slick, sleek coming of age film.

In fact, you could call it an art movie version of the teen sex comedy. It is, after all, about a good looking, wealthy but naïve high school virgin (Tom Cruise in his first leading role) who is ushered into manhood by a seductive young woman (Rebecca De Mornay) while his parents are out of town. Cruise’s Joel is a Chicago rich kid off the lake and De Mornay’s Lana is a tough, gorgeous young prostitute (“what every white boy off the lake wants,” promises another professional) with a dangerous streak and a crazy idea: “If we ever got our friends together, we’d make a fortune.”

It’s sexy, smart and funny, but also stylish and filled with social satire and commentary on the culture of money. Under the sexual fantasies is an anxiety about sex and success (which are hopelessly intertwined in Joel’s dreams) and a superbly cynical portrait of capitalist enterprise that essentially blurs the line between entrepreneurship and prostitution as Joel launches the most lucrative entrepreneurial business a teenager ever concocted.

Brickman directs it with an elegance that sets it apart from the raucous sex comedies and teen movies of its time. It’s a largely nocturnal film, filled with shadows and backlight and designed in cool colors and chic style. Some scenes have a dreamy, slow-motion quality enhanced by the moody score by Tangerine Dream. And note how the fashions transform over the course of the film. Initially in crisp button-downs and sweaters, Joel embraces a new look to go with his new identity and goes about “promoting” his new business opportunity in a casual sport jacket over a T-shirt and a pair of sleek sunglasses (which he wears, of course, at night).

The most quoted scene in the film, however, begins with the piano blues riff of a certain Bob Seger song as bored, home-alone Joel slides into the living room wearing little more that socks, boxers, and that pair of dark sunglasses and lip-synchs his way through a high-energy performance of “That Old Time Rock and Roll.” The sequence, which Brickman and Cruise choreographed together on the set during a production day off, inspired tributes and parodies for decades to come.

, iTunes, GooglePlay and/or other services. Availability may vary by service.
Risky Business [Blu-ray]

The Blu-ray and DVD special editions features a commentary track with writer/director Paul Brickman, Tom Cruise, and producer Jon Avnet recorded for the 2008 release (the big revelation: Brickman’s original title for the film was “White Boys Off the Lake,” one of the film’s great lines), and Rebecca De Mornay and others join them on the half-hour featuretes “The Dream is Always the Same: The Story of Risky Business.” More essential are the director’s original cut of the final scene (a much more ambiguous ending) and the raw screen test video footage of Cruise and Avnet, with Brickman tossing suggestions and directions from off camera.