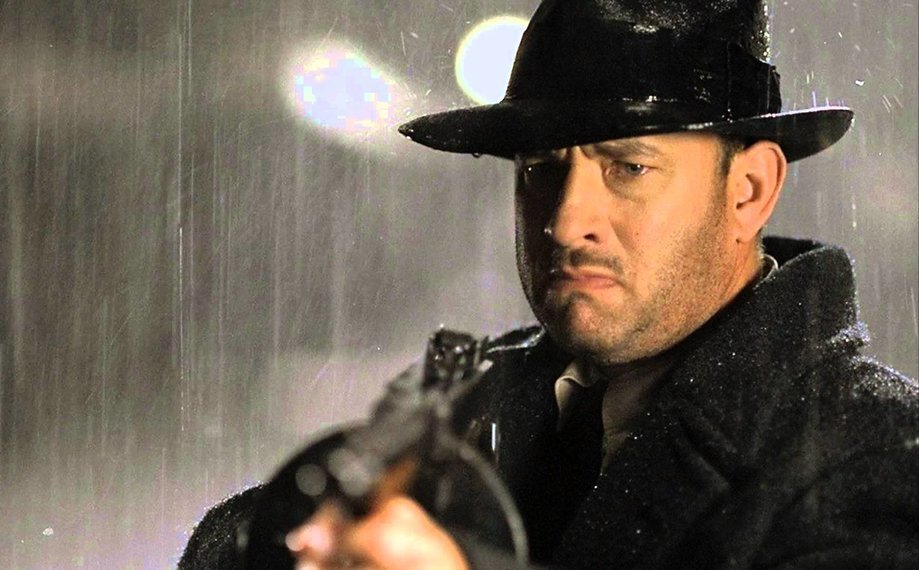 Tom Hanks stars as a coolly efficient, quietly professional mob enforcer Michael Sullivan, a family man who keeps his job and family in separate universes, and Paul Newman is the paternal mob boss John Rooney, a man unable to separate family from “family” business. When Sullivan’s son (future TV Superman Tyler Hoechlin) follows him to “work” and witnesses a murder, it doesn’t merely startle the boy out of his idealized image of Dad. It sets Rooney’s blood simple son Connor (Daniel Craig) on a misguided mission to massacre Sullivan’s family and sends the enforcer on cold-blooded one man war of vengeance.

Adapted from the graphic novel by Max Allan Collins, it’s a modern throwback to the classic gangster movie, set in the depths of the Depression in 1930s America, and Mendes pays great attention to the imagery of the screen adaptation. It’s the final film shot by legendary cinematographer Conrad L. Hall, who shrouds the film in amber light and shadowy night, and his handsomely crafted work won the Academy Award and the BAFTA for cinematography.

Mendes’ control, however, is almost too complete, giving the cool, preserved-in-amber style an airless quality. It’s beautiful to look at but it also brings the subtext to surface and leaves few surprises for the audience to discover along the way. After all, the two fathers are simply fulfilling their family code to the bitter, brutal end.

Jude Law messes up his good looks to play a quirky killer with a crime photography sideline, Jennifer Jason Leigh has a small role as Hanks’ doomed wife, and Ciarán Hinds, Dylan Baker, Stanley Tucci co-star. Newman earned an Oscar nomination for her performance, one of the film’s six nods.

The original Blu-ray and DVD releases include commentary by director Sam Mendes, deleted scenes with optional commentary by Mendes, and a featurette.