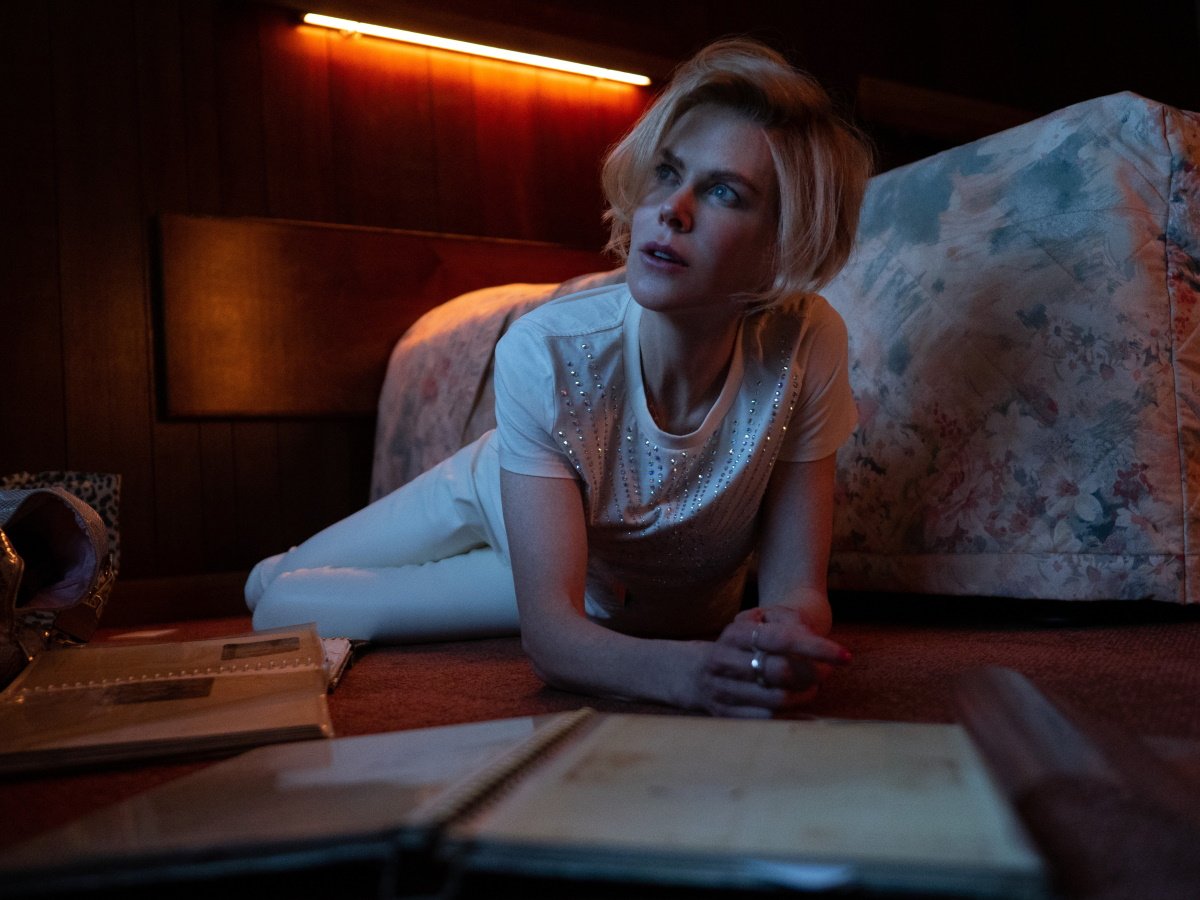 The anthology series “Roar: Season 1” (TV-MA), adapted from the short stories of Cecelia Ahern, presents stories of the personal and professional lives of women in the modern world. Nicole Kidman produces and stars in a cast that includes Cynthia Erivo, Issa Rae, Merritt Wever, Alison Brie, and Betty Gilpin. It was developed by the creators of “GLOW.” All eight half-hour episodes available. (Apple TV+)

“Why Didn’t They Ask Evans?” (2022, not rated), a limited series mystery adapted from the Agatha Christie novel and directed by Hugh Laurie, stars Will Poulter and Lucy Boynton as amateur sleuths who investigate the cryptic last words of a dying man. (BritBox)

The biggest hit movie in over two years and now the third-highest-grossing film of all time in the U.S., “Spider-Man: No Way Home” (2021, PG-13) brought audiences back to theaters with a lively adventure that brings two previous big screen incarnations of the webslinger (Tobey Maguire and Andrew Garfield) to help our newly-unmasked hero (Tom Holland) deal with villains from all over the multiverse. Benedict Cumberbatch appears as Doctor Strange and Zendaya, Jacob Batalon, Jon Favreau, and Marisa Tomei costar. You can now rent it on VOD.

The stories of three women are told in the award-winning “Wheel of Fortune and Fantasy” (Japan, 2021, not rated, with subtitles), an anthology film of romance, mystery, and revelation from “Drive My Car” director Ryusuke Hamaguchi. (Criterion Channel)

Available same day as select theaters nationwide is “Paris, 13th District“ (France, 2022, with subtitles), a romantic drama of four young adults based on a graphic novel and directed by Jacques Audiard.

Sienna Miller, Rupert Friend, Naomi Scott, and Michelle Dockery star in “Anatomy of a Scandal“ (TV-MA), a limited series based on the novel by Sarah Vaughan about a wealthy politician accused of sexual assault.

International passport: the romantic comedy “The Taming of the Shrewd“ (Poland, 2022, TV-MA, with subtitles) that has all the earmarks of an Eastern European version of a Hallmark movie.

International TV: the period drama “Heirs to the Land: Season 1“ (Spain, TV-MA, with subtitles) follows an ambitious young man attempting to make a name for himself in 14th-century Barcelona. Also new:

Kris, Kourtney, Kim, Khloé, Kendall, and Kylie are back in the new reality show “The Kardashians: Season 1“ (TV-14).

The Australian sitcom “The Family Law: Season 1“ (not rated) is set in the comically dysfunctional world of a Chinese-Australian family.

The romantic comedy “The Hating Game“ (2021, not rated) stars Lucy Hale and Austin Stowell as rival executives in a competitive company whose initial antagonism starts to throw off sparks.

The four-part documentary “Not So Pretty“ (TV-14) is an exposes of the unregulated trillion-dollar cosmetics, beauty and personal care industry. Directed by Oscar-winning filmmaker Kirby Dick and Amy Ziering, narrated by Keke Palmer.

International TV: a veteran detective, a rookie cop, and a city counselor are connected by a murder that echoes an unsolved crime in “Trinity of Shadows: Season 1“ (Taiwan, with subtitles).

A dedicated lawyer (Camila Morgado) puts her ideals on the line when she defends a murder suspect connected to a criminal gang in “Verdict: Season 1“ (Brazil, 2022, TV-MA, with subtitles).

Courtney B. Vance and Aunjanue Ellis star in “61st Street: Season 1“ (not rated), a crime thriller wound around a drug bust and a police shooting that gets tangled in Chicago’s criminal justice system. Two episodes available, new episodes on Sundays a week before their respective cable debuts. (AMC+ and ALLBLK)

“Cecilia: Season 1“ (Mexico, not rated, with subtitles) is a family dramedy of a woman who pulls her family back together after she suffers a stroke.

The limited series crime thriller “Deceit“ (TV-MA) dramatizes a real-life case of injustice involving the obsessive focus on a single suspect in a high profile murder in 1990s England.

The presentation of David Lynch’s “Blue Velvet“ (1986, R) features supplements from the Criterion Collection disc release, including fifty-three minutes of deleted scenes and alternate takes assembled by Lynch into a parallel narrative and an impressionistic documentary on the making of the film.

A replica of the infamous ocean liner heads out on a fateful voyage in “Titanic 666“ (2022, not rated), a horror movie from the producers of “Sharknado” starring AnnaLynne McCord and Jamie Bamber. (Tubi)