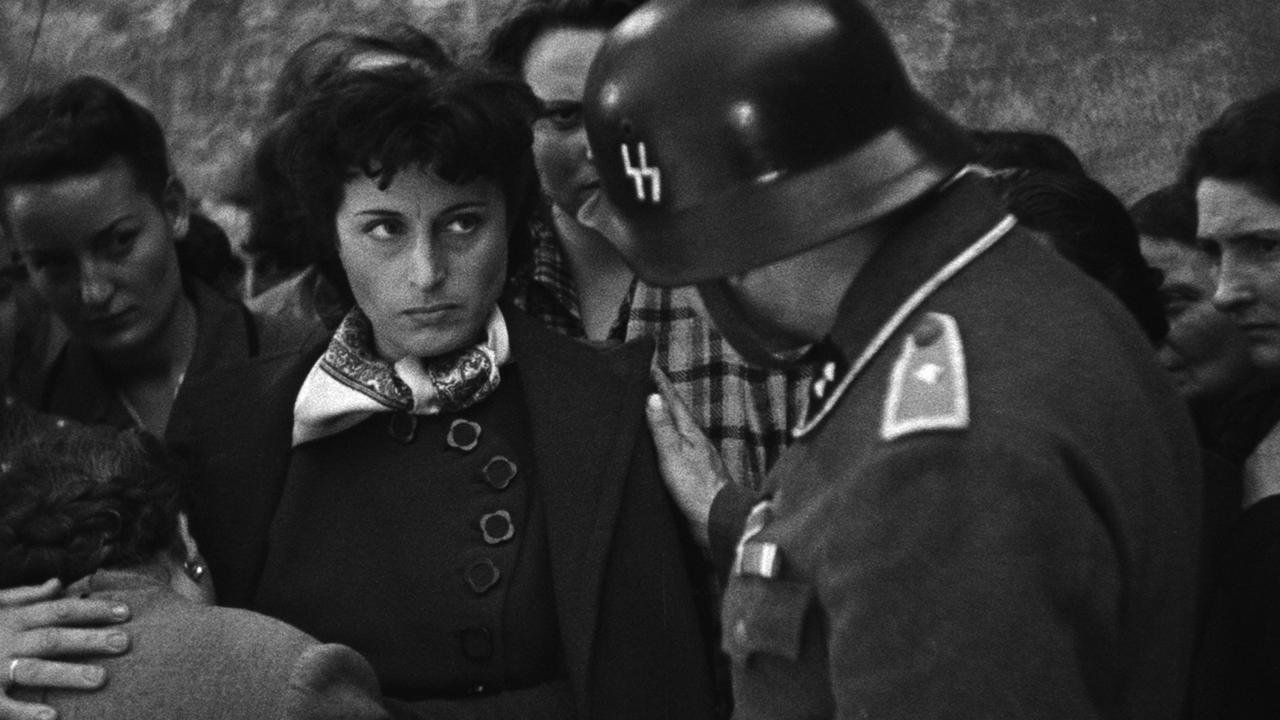 Roberto Rossellini had been a journeyman director working within Mussolini’s Italian film industry when he redefined his career and all but inaugurated the neo-realist movement with this trio of films made at the end of World War II. Though he was no partisan, he started working on Rome Open City (1945) before Rome fell to the Allies and shot his drama of partisans fighting the Germans and the Italian Fascists in the streets of the liberated city, amidst the poverty and devastation and uncertainty of the future.

Rossellini famously scrounged raw film and unused short ends from American newsreel crews for footage and that’s been the explanation for years of bleary looking prints and home video copies. And yes, the conditions of the shoot have an enormous effect on the finished film; Rossellini only had to point the camera to get a portrait of the hard life on the streets. But while Criterion’s disc is hardly Hollywood crisp, the digital transfer, mastered in 4K from the original 35mm camera negative, looks better than you’ve likely ever seen it. The same can be said for all the films in the set, which are clean and clear enough to see where Rossellini and his crew made due with out-of-focus and unsteady images and shots grabbed on the fly. The fast newsreel footage is grainier than the film stock he was used to using for his studio films, but it gave Rossellini and his crew a flexibility to shoot in available light on the streets and it gave the images that jolt of documentary immediacy in key scenes.

Looking back more than sixty years later, the newsreel immediacy is less apparent than the efforts of Rossellini and his writers (including Federico Fellini) to discard the conventions of conventional filmmaking and all the attendant melodrama and get at something more organic and real. The tension is apparent in Rome Open City, less so in his follow-up Paisan (1946), a portrait in six vignettes set in the final days of the war that is less beholden to big drama (Anna Magnani’s anguished run down the street as her fiancée, a partisan, is arrested by the Germans is surely the most famous moment in Rome Open City) than to the little moments of survival, desperation, generosity and sacrifice captured in the small portraits of lives under fire. Rossellini uses the debris and devastation of the country as his set and non-actors as his cast and the results are more effective, and unsettling, than the comparatively conventional (though still daring) Rome. Germany Year Zero (1947) leaves Italy for the rubble of Berlin for a devastating portrait of post-World War II Germany, where an impoverished little boy falls under the sway of an unreformed Nazi whose propagandistic teachings results in terrible consequences, and Criterion masters its disc from the German version of the film. (The credits and prologue from the Italian version are included as a supplement.) Between these films and Bicycle Thieves (1946), neo-realism was born and exported like a shot across the bow of studio glamour. And while I confess I’m not as taken with these films as other Rossellini films, they are essential moments in cinema history, as much for their influence as for their expressive power as an independent vision.

It also carries over the supplements from the previous DVD release: introductions to all three films by Rossellini (filmed in 1963 to accompany showings on Italian TV), commentary on Rome Open City by film scholar Peter Bondanella, and the documentaries Roberto Rossellini (2001), directed by filmmaker and former Rossellini assistant Carlo Lizzani, and Once Upon a Time… Rome Open City (2006), which feature priceless archival interview clips with Rossellini, Anna Magnani, and others. There are video essays on the trilogy by Tag Gallagher (“Into the Future”) and Mark Shiel (“Rossellini and the City,” on Rossellini’s use of the urban landscape), interviews with Rossellini scholar Adriano Aprà, film critic and Rossellini friend Father Virgilio Fantuzzi, and filmmakers Paolo and Vittorio Taviani (all shot in 2009), archival video footage of Rossellini discussing his work and his craft with faculty and students at Rice University in 1970, and “Letters from the Front: Carlo Lizzani on Germany Year Zero,” a podium discussion with Lizzani from the 1987 Tutto Rossellini conference. The accompanying booklet features essays on the trilogy as a whole (by James Quandt) and on each film (by Irene Bignardi, Colin McCabe, and Jonathan Rosenbaum respectively).
Roberto Rossellini’s War Trilogy (Rome Open City, Paisan, Germany Year Zero) (Criterion Collection) [Blu-ray]