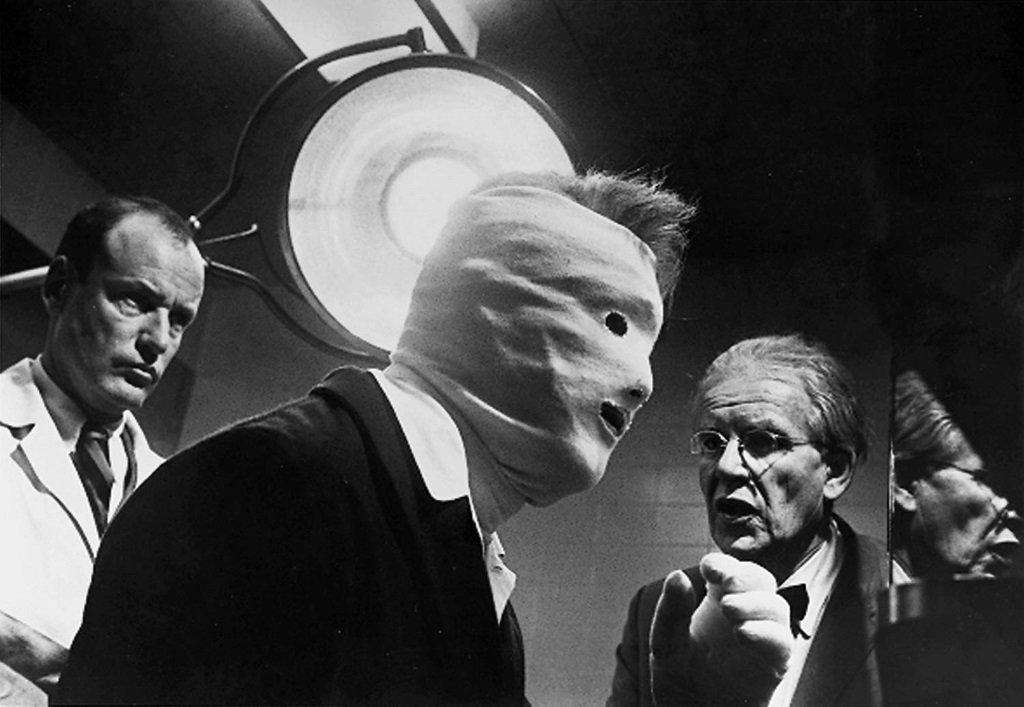 John Frankenheimer’s nightmarish thriller Seconds (1966) opens on John Randolph as a businessman who has lost all interest in his life and tries an experimental program which promises a new, exciting existence. When he wakes up from the first step, he discovers he’s turned into… Rock Hudson!

Hudson was not Frankenheimer’s first choice—he was, in fact, imposed by the studio—but his presence brings something special to the film. Frankenheimer plays this man’s dream come true as an alienating nightmare and Hudson, an icon of good, clean romantic fun and stolid heroism, becomes the American hero unable to fathom this would-be paradise with shadowy edges and an unstable foundation.

Cinematographer James Wong Howe is a master of images and shoots this in a stark black and white style that is both clinical and unreal, from the vaguely threatening anonymity of the offices of “the company” to the distorted presentation of the operation (a woozy ordeal shot through a fish-eye lens) and the unsettling disengagement from the life around the new man, and the disjointed cutting in the famed bacchanal sequence (originally cut for American release) only intensifies the alienation. It’s hard to connect with our anxious hero as a result, but the feeling of paranoia is so intense you can’t look away. A commercial flop upon its release, Frankenheimer described Seconds as “the only film of mine that’s gone from failure to classic without ever being a success.”

It earned an Oscar nomination for James Wong Howe’s cinematography and was added to the National Film Registry in 2015.

The Criterion Blu-ray and DVD release is mastered from a new 4K digital film restoration. It carries over the commentary recorded by Frankenheimer in 1997 for the earlier DVD release along with its new supplements. “A Second Look” is a new 20-minute featurette featuring new interviews with Evans Frankenheimer (the director’s widow) and actress Salome Jens, there’s a new visual essay by film scholars R. Barton Palmer and Murray Pomerance, an interview with actor Alex Baldwin on the film and Frankenheimer’s working methods, plus two short archival interviews, one with Frankenheimer from 1971, the other with Rock Hudson from 1965. The booklet features an essay by critic David Sterritt and cover features artwork designed by Saul Bass for the original release. Also on DVD from Paramount Home Video.