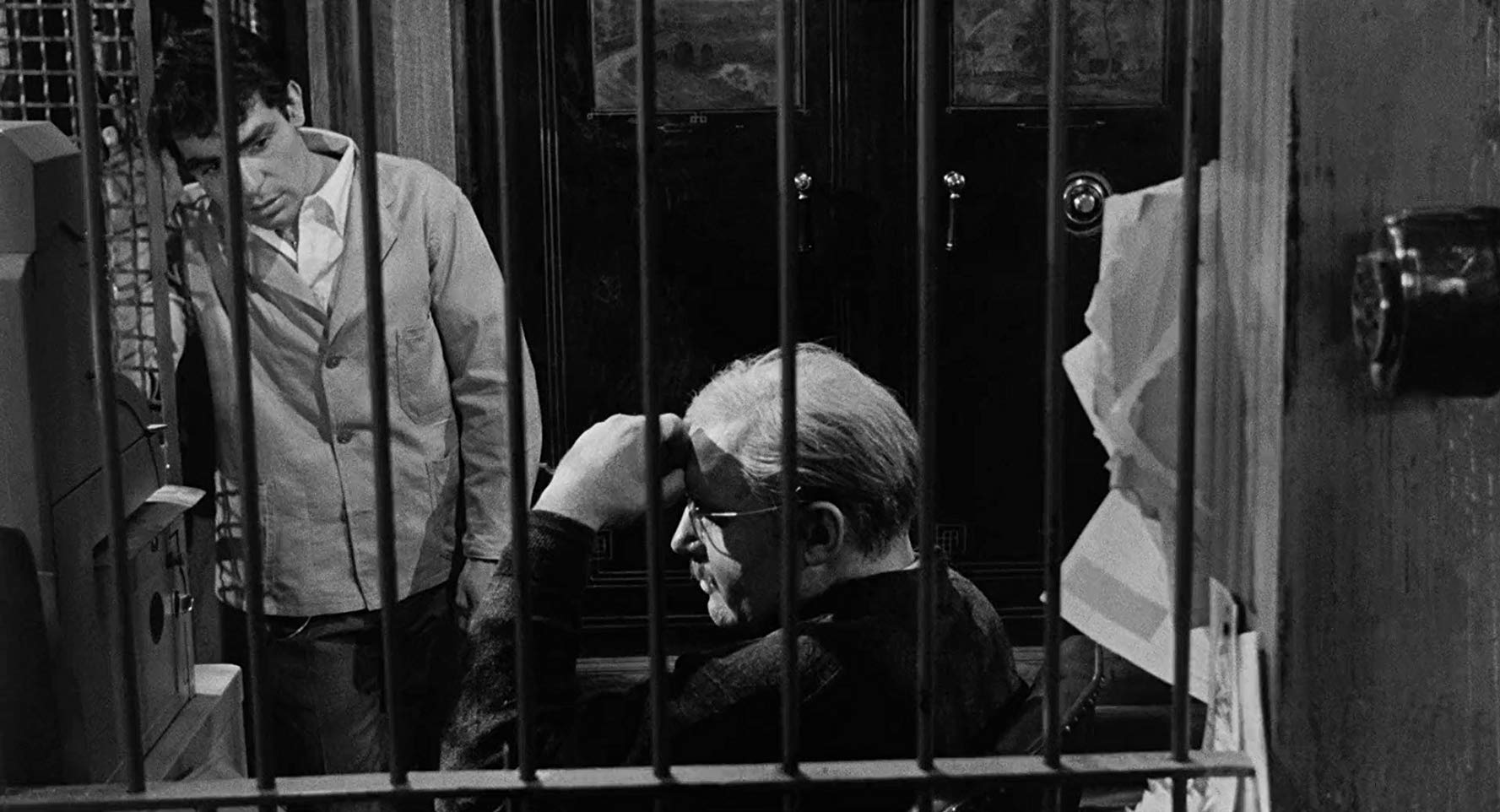 The Pawnbroker (1964), the Sidney Lumet-directed 1964 film based on the novel by Edward Lewis, is a real time capsule. It’s the first American film to really take on the legacy of the Holocaust on a personal level, and it’s set in a Harlem pawnshop where a stream of slum stereotypes wander in and out with items to pawn and desperation to ooze.

Rod Steiger was nominated for an Academy Award for his controlled, internalized performance—one of the best performances of his career and far more powerful than the one that earned him his Oscar a couple of years later—as Sol Nazerman, a survivor of the Nazi concentration camps that killed his wife and child.

The scenes in his shop (which he manages as a front for a Harlem gangster played by Brock Peters) resembles an off-Broadway play with its social commentary on its sleeve, but when Lumet leaves the shop for the streets, the noise and bustle of the Harlem streets energizes the screen. It’s dynamic and alive, a magnificent piece of location photography by the great Boris Kaufman and an early glimpse of the Lumet who will become one of the great chroniclers of New York City life. The rest is well-meaning but dated take on race and crime in the slums elevated by Steiger’s superb performance.

Jaime Sánchez (The Wild Bunch) co-stars as Sol’s garrulous, ambitious assistant and Geraldine Fitzgerald is an insistent social worker who gently tries to break through Sol’s shell. Quincy Jones wrote and produced the terrific score, one of his first film soundtracks. As a curious trivia note, this was also the first American film with female nudity to get a Production Code seal of approval.

, iTunes, GooglePlay, Fandango, Vudu and/or other services. Availability may vary by service.
The Pawnbroker [Blu-ray]

The film has been beautifully mastered by Olive films for Blu-ray and DVD. There are no supplements.