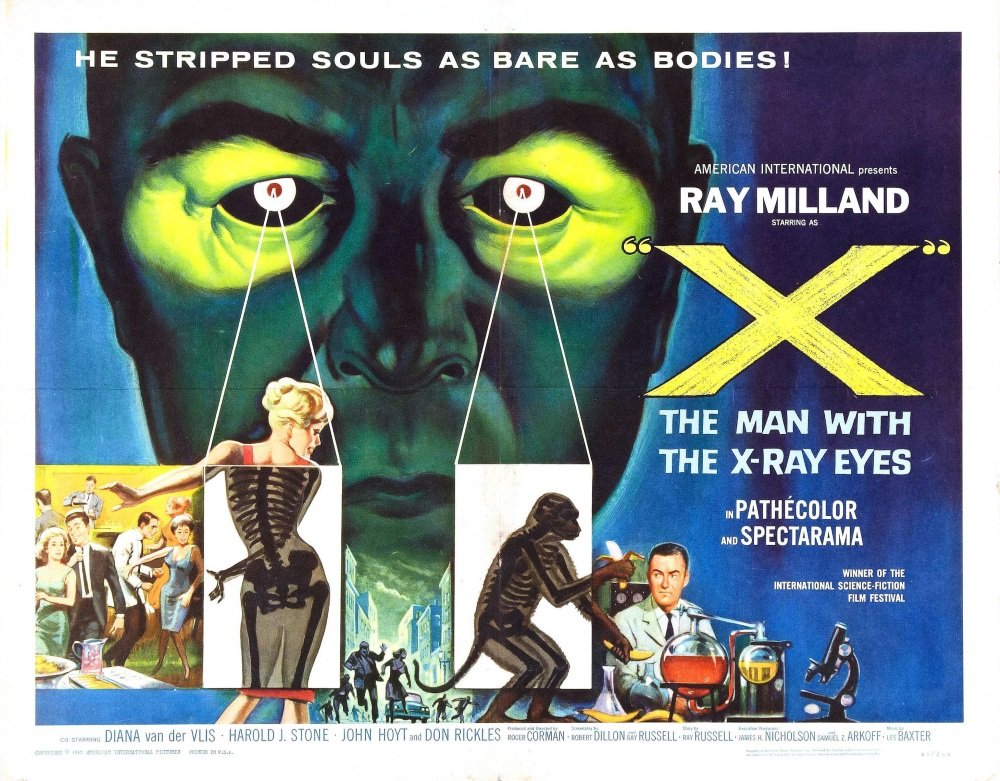 Vincent Price starred in all of Roger Corman’s Poe adaptations but one. Ray Milland took the lead in Premature Burial (1962), playing Guy Carrell, an aristocrat with crippling fear that he will be buried alive due to a family history of catalepsy. Corman brings the fear home in the opening scene: an exhumation of an ancestor who shows every sign of having awoken in his casket. The obsession overtakes his life until the rather elderly newlywed moves into the family crypt, which he outfits as a Batcave of escape hatches, much to the horror of his neglected bride (Hazel Court), who observes that he has already “buried himself alive” and makes him chose the crypt or life with her.

Like most of Corman’s Poe films, the script (this one by Charles Beaumont and Ray Russell) borrows little more than the central idea and the title from Poe. This one owes a debt to Gaslight and Diabolique, and of course leans on the art direction of Daniel Haller (who created a sense of grandeur on a budget) and the widescreen color cinematography of the great Floyd Crosby, who photographed Tabu (1931) and High Noon (1952) and gives Corman his atmosphere. While Hammer was reviving the classic movies monsters as gothic horrors with lurid edges and color, Corman was creating his own Gothic horror revival with ideas influenced by Freud and Jung. Corman creates his world completely in the studio, including the grounds outside the manor, a veritable haunted forest of dead trees, ever-present mist hugging the boggy ground, and a pair of creepy gravediggers (John Dierkes and Dick Miller) constantly lurking and whistling the folk song “Molly Malone” as a dirge-like threat.

Though Carrell is supposed to be older than his lovely young wife, Milland is aged beyond the role, though he quite valiantly attempts to appear younger while also playing the haunted, sequestered, tortured soul. His bearing and deep, authoritative voice holds the center of every scene, whether he’s the romantic husband swept up in the promise of a happily ever after or the tormented obsessive spiraling into the madness of obsession. Alan Napier, best known in genre circles for playing Alfred in the sixties TV Batman, has a small but delicious role as the arrogant father of the bride, a medical doctor with little affection and even less sentimentality for his son-in-law.

X: The Man with the X-Ray Eyes (1963) reunites Corman and Milland for a science fiction thriller by way of a Greek tragedy. Milland is Dr. James Xavier, who experiments with a formula that will the human eye to see beyond the wavelength of visible light. “Only the Gods see everything,” cautions a fellow scientist. “I am closing in on the Gods,” responds Xavier with the hubris that is doomed to destroy his over-reaching ambition. Peeping through the clothes of comely women is all good adolescent fun until the gift becomes a nightmare as his sight rages out of control.

Charles Beaumont once again scripts this twist on the tale of a scientist who risks everything to explore the unknown and is finally driven mad by, literally, seeing too much. The possibilities suggested in the hints of addiction and inconsistent bouts of megalomania remain tantalizingly unexplored in the unfocussed script and Corman’s cut-rate special effects are often more hokey than haunting (the “city dissolved in an acid of light” he poetically describes becomes fuzzy photography through a series of color filters). But there is an edge to the B-movie machinations. Don Rickles offers a venal turn as a scheming carnival barker turned blackmailing con man and Diane Van Der Vlis is understanding as a sympathetic scientist who tries to rescue Xavier from his spiral into tortured madness, but in the tradition of Greek tragedy he is doomed to be destroyed by the very gifts he desires.

Add to watchlist: Premature Burial and X-The Man with the X-ray Eyes