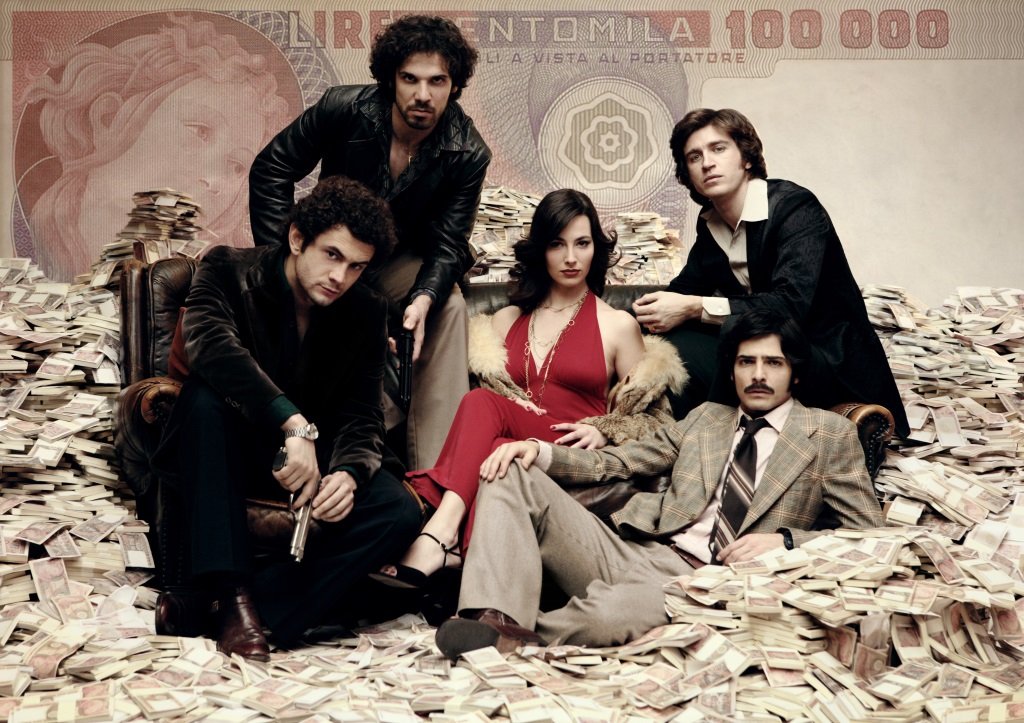 Romanzo Criminale: The Complete Series (Italy, 2008-2010) – In the late 1970s, ambitious young thug Lebano (short for The Lebanese) hatches a plan to leave the petty robberies behind and, in partnership with another gang, take over the drug trade in Rome, a city that is divided up by a number of small, unorganized gangs.

Lebano (Francesco Montanari), the big-thinking criminal with a perpetual scowl, joins forces with Freddo (Vinicio Marchioni), the thoughtful leader of a rival gang, to pull off a major kidnapping. It’s the first move out of small-time scams and Lebano has big plan. He convinces them to put the ransom money into drugs and challenge the big shot whose Mafia connections have made untouchable until now.

The smart but impulsive police detective Scialoja (Marco Bocci, working that small screen Alain Delon look) traces the ransom money to Dandi (Alessandro Roja), a big-spending member of the gang in love with an expensive prostitute (Daniela Virgilio), and puts the clues together to see that a major criminal power shift is underway, but his investigation is sidelined when the Red Brigade kidnaps Aldo Mora. Scialoja’s boss, more concerned with Communists, dismisses his theories and sidelines his investigation, leaving the way open for Lebano and Freddo.

Based the novel by Giancarlo De Cataldo, which was inspired on the true story of Banda della Magliana, the gang that took over the Roman underworld for over a decade, the story was previously made into a 2005 film. This series, which ran for two seasons of 22 episodes, takes a much deeper dive into the story, showing the mechanics of their criminal activities, their negotiations with the Camorra (centered around Naples) and the Mafia (based in Sicily), and the police investigations of their activities. It also puts a spotlight on the politics of the era, especially the anxiety around the rise of the Communist Party and the police hostility to the student protests that takes their eyes off the rising criminal threat.

In Italian with English subtitles, features violence, nudity, and sexuality.