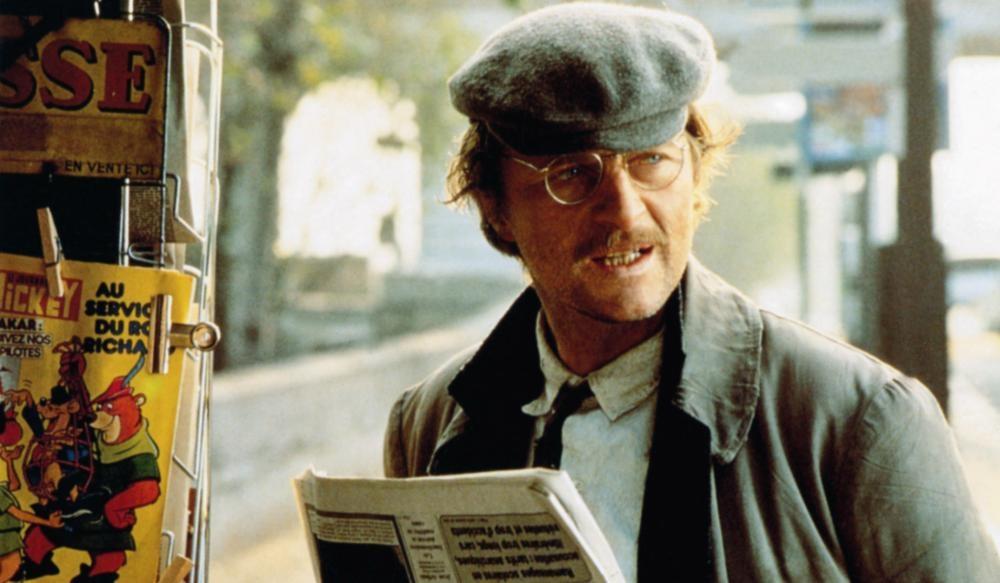 “I have no home. I sleep under bridges. A different bridge every night. But I am a man of honor.”

Rutger Hauer delivers his most delicate and nuanced performance as Andreas Kartak, a homeless alcoholic in Paris in Legend of the Holy Drinker (1988), Ermanno Olmi’s adaptation of Joseph Roth’s novella.

Andreas, who frequents taverns by day and sleeps under the bridges of Paris by night, is an honorable man with a weak will. A stranger (Anthony Quayle) gives him 200 francs and requests he repay it to a church dedicated to St. Therese. The gift seems to turn his life around. He finds temporary work and enjoys the comforts of society he left after a tragedy (seen in flashbacks), but distractions and diversions, acts of kindness and generosity, and sometimes just drink prevent him from carrying out his promise.

The film has the quality of a parable, a simple story rich with character and lovely moments, shot with a romantic eye on the streets and in the taverns of Paris. It’s a quietly moving film directed with an understated lyricism by Olmi. Hauer plays the role with a mix of dignity, vulnerability, naïveté, and pride, a man haunted by his past yet, for all of his weaknesses, still generous and capable of embracing life. It is one of the finest performances of his career.

It won the Golden Lion award at the Venice Film Festival and four David di Donatello Awards (Italy’s equivalent of the Oscar), including best film and best director.

Not rated, features some nudity. In English with brief sequences in French.

, iTunes, GooglePlay, Fandango, Vudu and/or other services. Availability may vary by service.
The Legend Of The Holy Drinker (2-Disc Special Edition) [Blu-ray + DVD]

The Blu-ray+DVD Combo from Arrow Video features the English soundtrack with some French (which is not subtitled), and offers the alternate Italian language soundtrack with English close captioning of English dialogue only. It includes a new interview with actor Rutger Hauer and an archival interview with screenwriter Tullio Kezich.