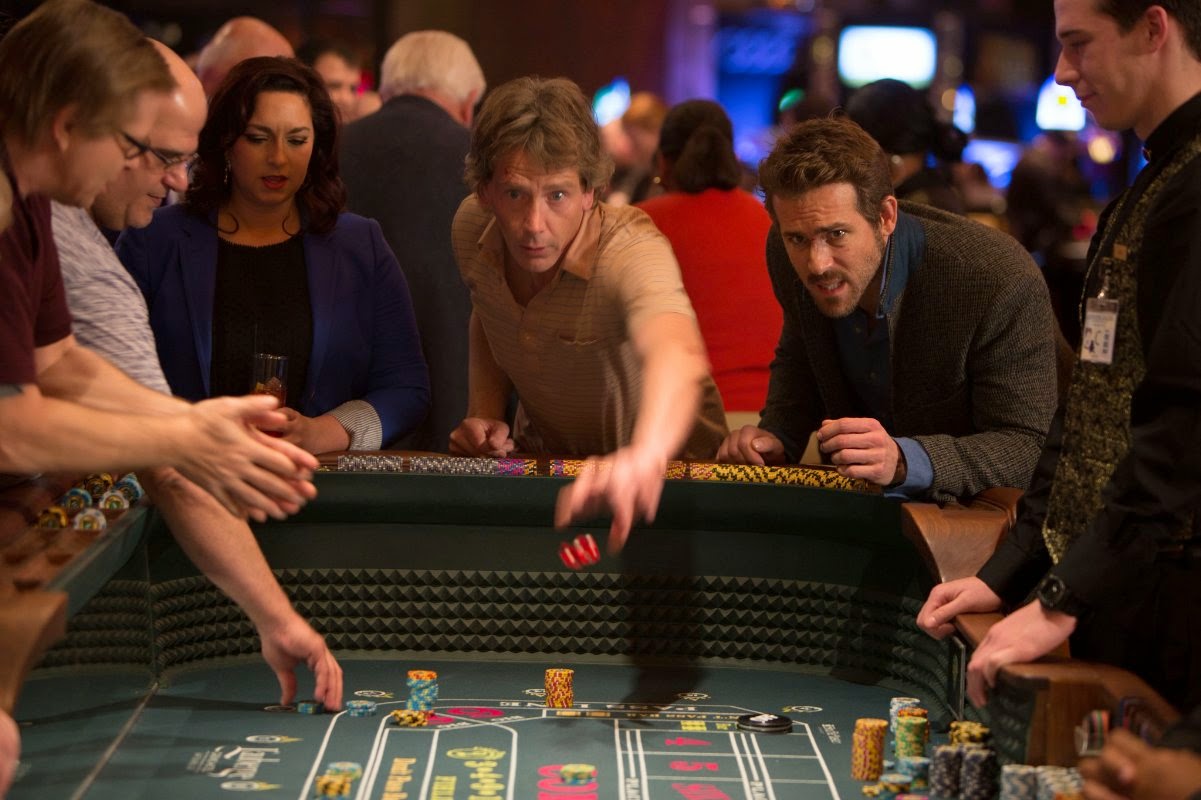 Mississippi Grind (2015) plays like a seventies character drama, a meandering road movie through the byways of American characters who populate the card rooms and dice tables and racetracks, and an oddball buddy movie built on a chance encounter and an instant kinship between two losers gambling their lives away.

Ryan Reynolds is Curtis, a good looking guy who has all the outward suggestions of a charming hustler, and Ben Mendelsohn is the self-destructive Gerry, killing his nights and his income at cards and sports bookies, betting everything on the fantasy of instant success on a single good night.

These guys are buddies by chance—they meet over a hand of cards and bond over top-shelf whiskey—and travelling companions by impulse when Gerry decides to follow Curtis to a big tournament in New Orleans. Curtis is generous and trusting to a fault, or maybe to a need, and a storyteller whose tales may or may not be in the orbit of reality. He runs in gambling circles for the charge of the action, not just the cards but the byplay, the people, that cardroom culture of oddball personalities. Gerry is a gambling addict and a pathological liar whose past is a wrecking yard of ruined relationships and failed promises and impulsive long shots and whose future is already in hawk to a loan shark (Alfre Woodard in a single scene-stealing appearance).

It could be the darker, bleaker answer to Robert Altman’s California Split, or a card-playing variation on The Color of Money without the calculation or mentorship of a veteran gambler running the show. Filmmaking team Anna Boden and Ryan Fleck have a knack for finding the patter of dialogue, rhythms of body language, and the expressiveness of silences between the words that communicate what the words can’t, and they offer a great tour of the back hand of the American dream, folks spending their time and money making bets in hopes of making their fortune, but really just hooked on the games and playing until the money is gone.

, iTunes, GooglePlay and/or other services. Availability may vary by service.
Mississippi Grind [Blu-ray]

The Blu-ray and DVD editions from Lionsgate include the featurette “Two of a Kind: On the Road with Mississippi Grind” plus an Ultraviolet Digital HD copy of the film (Digital SD for the DVD).