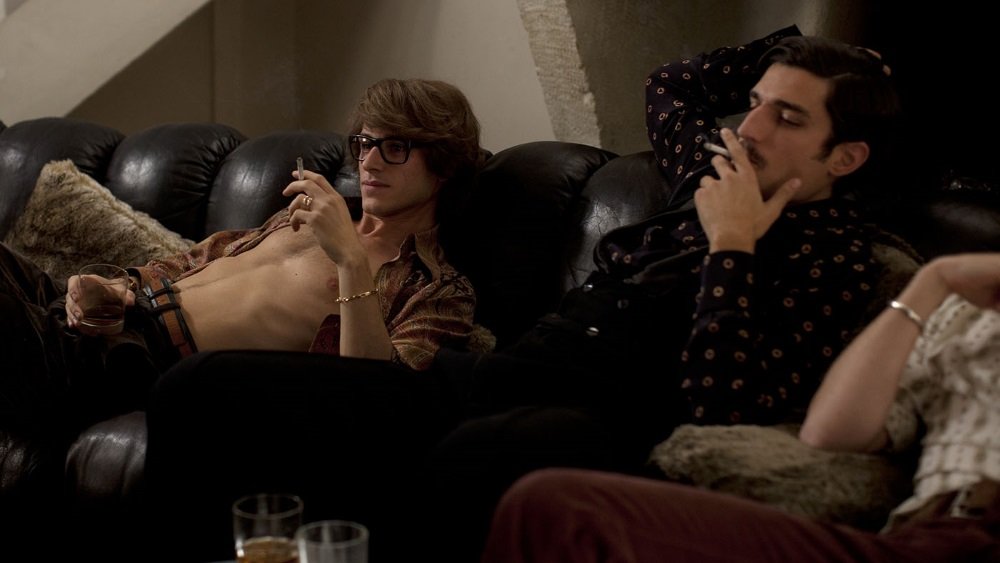 Saint Laurent, Bertrand Bonello’s portrait of one of the most influential fashion designers of the 20th century, focuses on just a few years of the life of Yves Saint Laurent (Gaspard Ulliel): 1967 through 1975, the height of his success and influence in the fashion world. There’s no backstory, no rising through the ranks, no breakthrough moment where he comes into his own. He’s is already running his own fashion house when we meet him.

Saint Laurent is about image as much as fashion and aesthetics, and in the case of YSL we know far more about his image and lifestyle than we do about him. He makes the nightclub scene with a supermodel or two on his arm, playing the part of the fashion celebrity without actually engaging in it, while within the inner circle he’s openly gay and brings a sense of style even to his hedonism.

Ulliel plays him as an enigma, an observer who soaks up everything he sees and reflects it back in his designs. When he meets Loulou de la Falaise (played by Léa Seydoux), he’s enchanted by her gypsy thrift store style and immediately weaves it into his next line. But otherwise we get only fleeting glimpses of him sketching designs or completing his outfits. It’s an impressionistic sketch of a life and a career, with the familiar beats of the classic biopic are either trimmed away or completely cut out. Call Saint Laurent fashionably enigmatic in a culture of off-the-rack biographical dramas.

Also new on VOD this week:

Pitch Perfect 2, the sequel to the surprise musical smash about a female a cappella group, sends Anna Kendrick, Rebel Wilson, and the gang to an international competition for a new round of romance, goofy antics, and friendship through harmonizing. PG-13 for innuendo and language. Also on Blu-ray and DVD.

Pingback: What to watch the week of Friday, September 25 - Stream On Demand
Comments are closed.