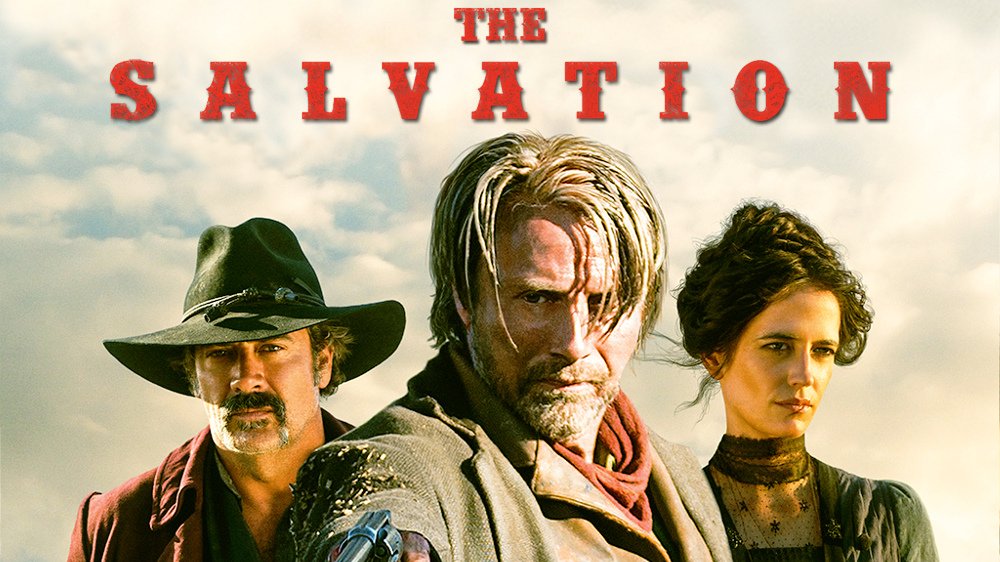 The Salvation (2014) a Danish production starring Mads Mikkelson as a peaceful settler driven to violence, is a frontier drama, revenge western, immigrant story, gangster film, and brutal capitalist fable. It could be Danish filmmaker Kristian Levring’s answer to the spaghetti western (this one shot in South Africa with American landscapes CGIed into the background) with a sensibility that echoes the savage frontier novels of Cormac McCarthy.

Mikkelson is former soldier turned homesteader who, with his brother (Mikael Persbrandt), fled the wars and violence of Europe for a fresh start and after seven years of building a home finally brings his wife and son west, where they are almost immediately murdered by the brother of the sadistic gangleader (Jeffrey Dean Morgan). He terrorizes the territory with the blessing of a corporation slowly buying up the land cheap and starts killing off the townsfolk until they deliver his brother’s killer. He also takes his brother’s widow (Eva Green), a mute, savage beauty with a scar slashed across her mouth and a burning eyes that betray no emotion beyond an unshakable will to survive.

This is the western as art film, driven by primal emotions in a world that is almost too perfectly imagined: peaceful rolling hills, a dusty town of rough-hewn buildings, and a gangster hideout in a ghost town bank, a magnificent building surrounded by the black skeletons of burned-out homes, near a bubbling pit of black tar oil that gives the whole place a stygian atmosphere. Morgan is the articulate killer with a savage heart and a greedy soul and Mikkelson, who looks like he was carved right out of the landscape, is the terse hero who gets pulled back into the violence he has spent the last seven years trying to escape. The townsfolk are both victims and meek collaborators, ready to hand over whoever it takes to keep the terror at bay. This a western from a filmmaker who loves westerns, not so much a commentary on the genre as a passionate riff on it. He pares familiar conventions down their essential elements and fills it with a cast that embraces their archetypes with gusto. And on those terms, it is remarkably satisfying.

Queue it up on Netflix or watch it on Showtime

and other services. Availability may vary by service.
The Salvation [DVD]