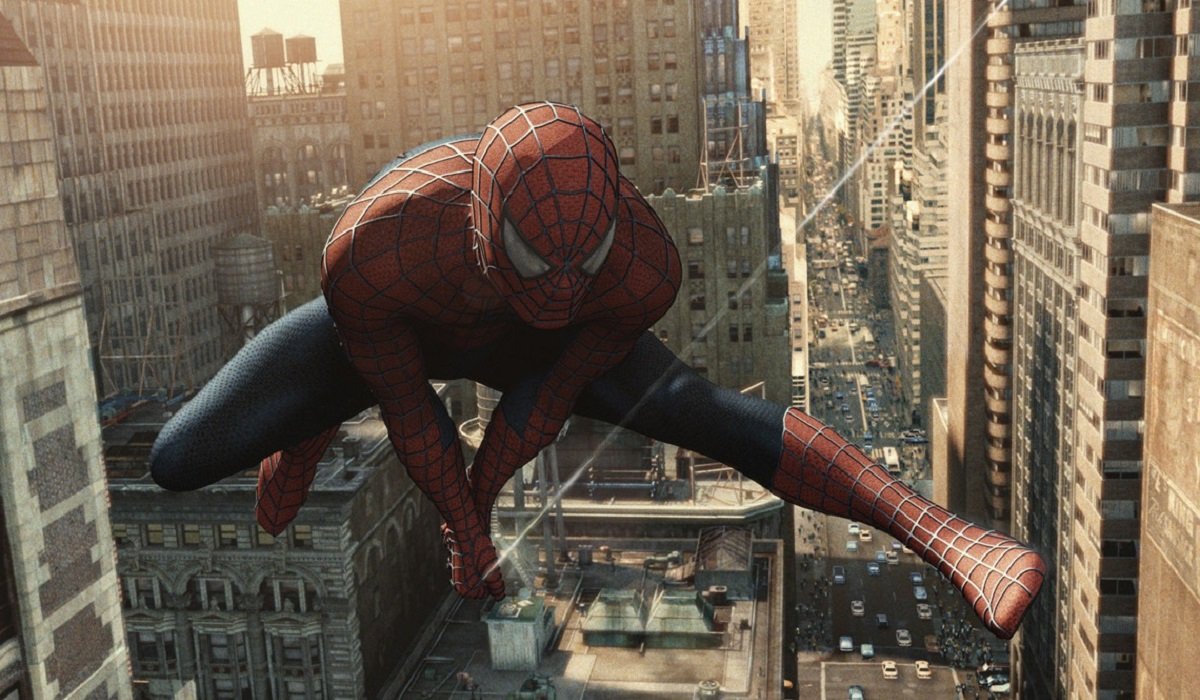 Peter Parker’s (Tobey Maguire) life is a shambles: his studies suffer in the (im)balance of school, work, and crime-fighting, his romance with redheaded sweetheart M.J. (Kirsten Dunst) is sacrificed to the demands of his alter-ego, and he can’t make the rent in his dump of an apartment. His best friend (James Franco) blames Spidey for the death of his insane super-villain father and a new mad scientist, Doctor Octopus, aka Doc Ock (Alfred Molina), starts taking New York apart with his new tentacle appendages. Then his powers start frizting out under the stress.

The second installment of the trilogy, co-scripted by Michael Chabon, is a real supe-opera, with the usual young adult turmoil pushed into the realms of comic-book mythology with the complications of his power, guilt, and responsibility. It is just as strong on character as it is action, and the action is often breathtaking. The thrill of Spidey’s slingshot swings through the concrete canyons of New York streets alone is worth the film, and the spectacular set pieces are amazing. It won an Academy Award for it visual effects.

Yet the heart is his humanity. Spidey gets unmasked an inordinate number of times this time out, including one poignant episode where the wallcrawler once again becomes the working class New York hero, and New York’s citizens become heroes right back. In their own words, “It’s good to have you back, Spider-Man.”

), iTunes, GooglePlay and/or other services. Availability may vary by service.
Spider-Man 2 [Blu-ray]

Sony’s two-disc DVD and Blu-ray releases each feature two commentary tracks. On one track, director Sam Raimi and actor Tobey Maguire are recorded together and edited in with producer Avi Arad and co-producer Grant Curtis, also recorded together. The second track features technical commentary by special effects artists John Dykstra (visual effects designer), Anthony LaMolinara (animation director), Scott Stokdyk (visual effects supervisor), and Lydia Bogadoni (visual effects producer), Steve Johnson (animatronics and prosthetics), and Eric Hayden (puppetmaster and model department head), about half of which is dedicated to the creation of Doc Ock’s octopus arms. There is also a “Spidey Sense 2” pop-up trivia track. The second disc features the two-hour “Making the Amazing,” which follows the film from preproduction to release in 12 chapters, plus the featurettes “Hero in Crisis” (a look into Peter Parker and his personal battles), “Ock-umentary: Eight Arms to Hold You,” and “Interwoven: The Women of Spider-Man,” the multi-angle behind-the-scenes peak “Enter the Web,” a blooper reel, four mini-featurette “Web-isodes” originally made for online viewing, an art gallery, a behind-the-scenes look at the Activision game, a music video, and trailers.