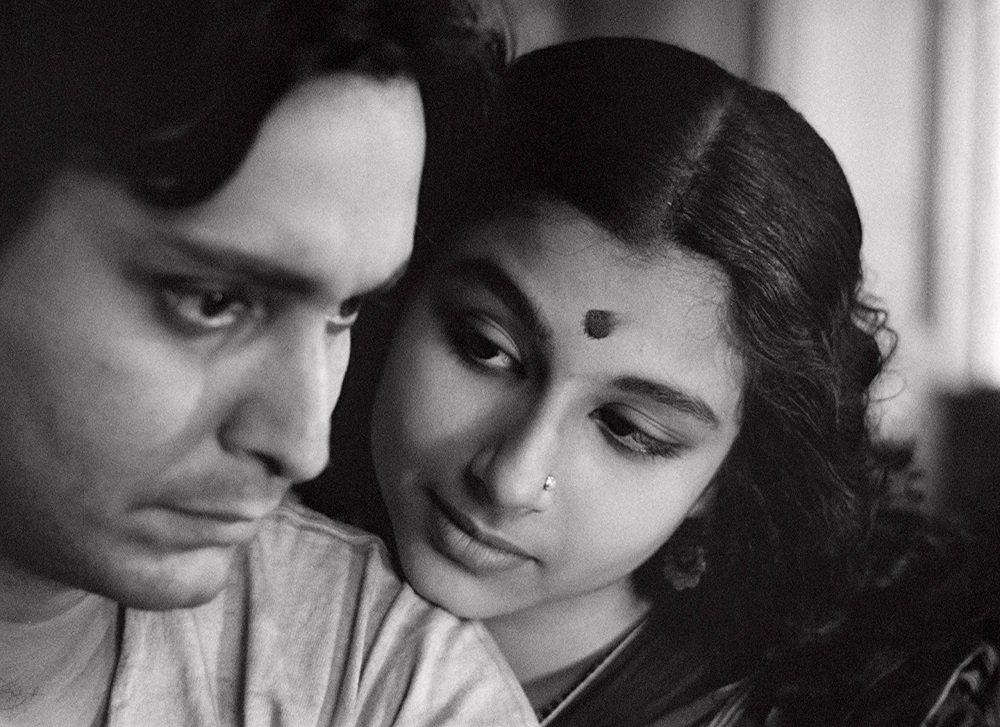 The Apu Trilogy: Pather Panchali / Aparajito / Apur Sansar – In 1955 Satyajit Ray, a young graphic artist in the advertising industry, released his debut feature, a labor of love made independently over the course of two and a half years. Pather Panchali (aka Song of the Little Road, 1955), a portrait of life in a small, impoverished village in rural India, has texture and grace of a painting. Seen through the eyes of young Apu, it’s really about three generations of women in his home: elder Auntie, protective Mother, and bright-eyed older sister Durga. It was India’s answer to Italy’s neo-realism, in part out of inspiration but also because it was made under similar conditions: little money, non-professional actors, a first-time director trying to capture a world that hadn’t been seen on screens.

Its portrait of rural poverty was something western audiences could relate to more than India’s distinctive urban culture and the customs, clothes, and score—Ravi Shankar on the sitar—suitably exotic color to a story that critics liked to call universal. That in part explains why this film was embraced internationally while other films from India failed to break through. Maybe it helped that it affirmed western perceptions of a country and culture that was little understood. But Pather Panchali is also an astounding debut of great power and poetry that is undiminished today. Ray put his passion into the film and created a nuanced and delicate film. Ray brings their environment alive in breathtaking scenes, especially Apu’s magical encounter with a train, billowing smoke in its wake like a mythical creature driving through his forest home. And he creates full, complex characters. While we see them through the wide-eyes of Apu, we do not get a simplified or reductive portrait.

It was followed by Aparajito (The Unvanquished, 1957), which takes the now teenage Apu and his parents to the city of Benares, and, after a break making two unrelated films (including the magnificent The Music Room), Apur Sansar (The World of Apu, 1959), a powerful story of love and tragedy that follows the adult Apu’s loss and rebirth. Over the course of the three films (adapted from two novels by Bibhutibhushan Bandyopadhyay) we see Ray evolve as a filmmaker. As Apu grows (he’s played by a different actor in each film) his perspective becomes more complex and he endures hardships until he faces a loss that upends the optimism that kept him going, and Ray introduces us to the bustle of city life (where poverty is just as prevalent but has a different face).

The screenwriting offers more naturalistic dialogue with more subtle revelations of character and his scenes unfold with a naturalism that allows us to forget the careful compositions. The trains that promise a better life in the modern world elsewhere in Pather Panchali are no longer the majestic creatures of promise in Apur Sansar but ghosts that whistle outside the windows, unseen but intrusive reminders of the past and of the poverty on his apartment by the tracks. And in the midst of all this, Ray offers one of the great love stories in the cinema in Apur Sansar, an impulsive marriage that blossoms into a beautiful relationship. Together, they heralded the arrival of one of the great humanist directors of modern cinema, and for decades these films represented classic East Indian cinema in retrospectives and campus programs.

A note on the restoration of these films: The original negatives, which were shipped to London for restoration and a rerelease of his key films, were damaged beyond repair in a fire in the 1990s. These new restorations, which premiered at Cannes in 2015, were a collaboration between Criterion, Academy Film Archive at the Academy of Motion Picture Arts and Sciences and L’Immagine Ritrovata in Bologna and in part created from the negative elements that survived the fire. Somewhere around half of Pather Panchali and Aparajito were salvaged, though the elements were brittle and terribly fragile, and Apur Sansar was too damaged to salvage. Duplicate negatives and fine-grain 35mm masters were used where the original negative was missing or unusable and extensive digital restoration followed the physical repairs and 4K digital mastering. The upshot is that these are beautiful editions that preserve the delicate imagery and textures of Ray’s original film.

Each film is presented on Criterion Channel with bonus supplements from the Criterion special edition disc releases, including interviews and featurettes.

Add to My List on The Criterion Channel: Pather Panchali, Aparajito, Apur Sanar

), iTunes, GooglePlay and/or other services. Availability may vary by service.
The Apu Trilogy [Blu-ray]

The three-disc Criterion Blu-ray and DVD editions present each film on a separate disc and an individual paperboard case collected in a sturdy slipsleeve with a booklet. Newly produced for the edition are video interviews with actors Soumitra Chatterjee, Shampa Srivastava, and Sharmila Tagore, camera assistant Soumendu Roy, and film writer Ujjal Chakraborty, a video essay by Ray biographer Andrew Robinson on the trilogy’s evolution and production, and the featurette “The Apu Trilogy: A Closer Look” from filmmaker, producer, and teacher Mamoun Hassan, plus a short featurette on the restorations by filmmaker :: kogonada. Archival supplements include the 2003 documentary “The Song of the Little Road” featuring composer Ravi Shankar; the 1967 half-hour documentary “The Creative Person: Satyajit Ray” featuring interviews with Ray, several of his actors, and members of his creative team; and footage of Ray receiving an honorary Oscar in 1992.