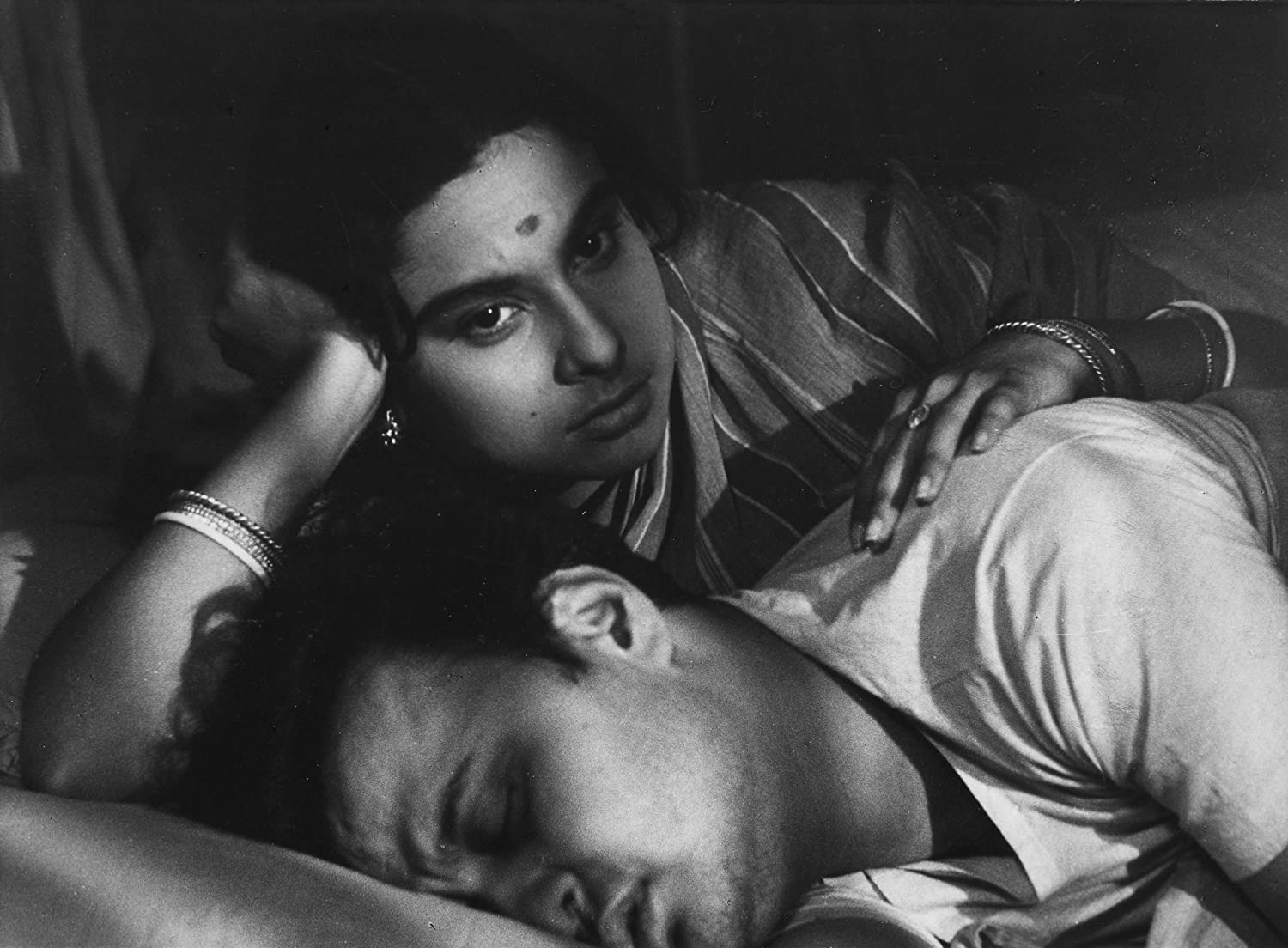 The Big City (India, 1963) is the tenth feature from the great Bengali filmmaker Satyajit Ray but his first set in the modern world of urban life, specifically the economic desperation in 1950s Calcutta as the banks collapsed.

As in other films, he takes an interest in the lives of women in the changing social world, in this case a modern culture where women are joining the workforce in conflict with traditional ideas of women as housewives. But when Subrata (Anil Chatterjee) loses his position as a bank teller in the bank failures, Arati (Madhabi Mukherjee) becomes the sole family breadwinner and the men in the family (including Subrata’s retired father, reduced to handouts from his former student) have to face their hostility to her success.

Ray, who was raised by a widowed single mother who worked outside the home to support them both, was deeply committed to the project. The Big City also presents portrait of life in Calcutta as modern economics collides with traditional social roles and offers a rich portrait of the diversity of class and culture in the city without sacrificing the intimacy of his human drama. The conclusion, though a little too pat compared to Charulata and other Ray films, is buoyed by hope and conscience and a devotion to the characters we have lived with for the last two hours. His compassion trumps all.

Black and white, in Bengali with English subtitles

On Blu-ray and DVD from the Criterion Collection, mastered from a 2k digital restoration from RDB Entertainments in India, in Bengali with a new English subtitle translation. Features Ray’s 1965 film The Coward, a 65-minute feature starring Madhabi Mukherjee and Soumitra Chatterjee, a new interview with actor Madhabi Mukherjee, the video essay “Satyajit Ray and the Modern Woman” featuring Ray historian Suranjan Ganguly, a 1974 profile of the director, and a booklet featuring an essay by scholar Chandak Sengoopta and an interview with Ray from the 1980s by Andrew Robinson.