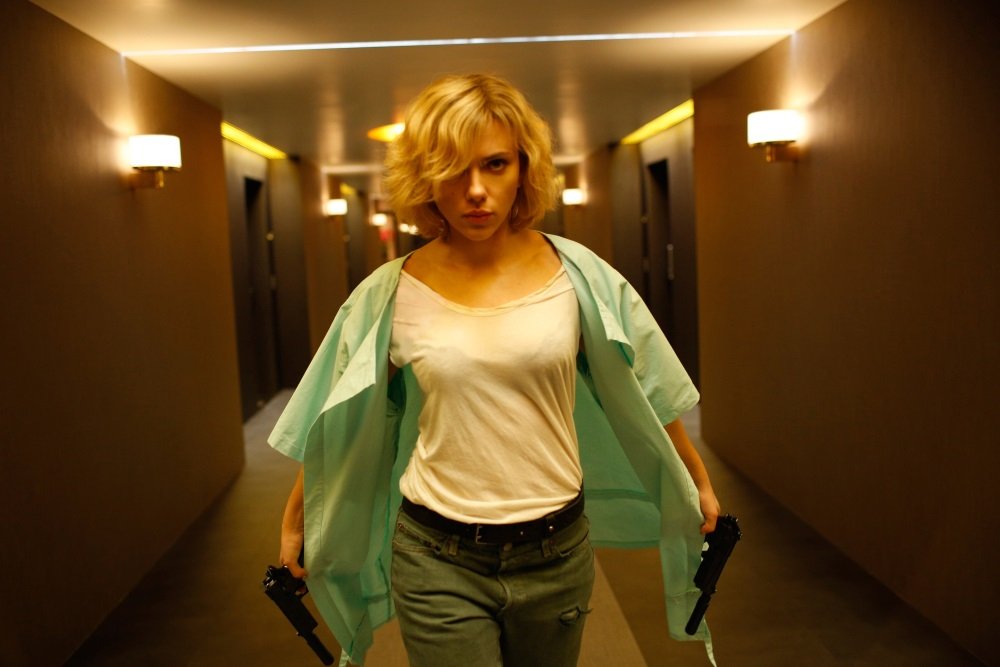 Luc Besson and his France-based, internationally-savvy EuropaCorp studio are the salvation of the unpretentious, mid-budget, hyper-charged action movie in America. Usually Besson is content to co-write and produce the films, which have launched careers of such protégés as Louis Letterier (The Transporter), Pierre Morel (Taken), and Olivier Megaton (Colombiana), but he takes charge of Lucy (2014), a marvelously ridiculous action fantasy starring Scarlett Johansson. She plays Lucy, an American girl in South Korea who becomes the unwitting recipient of an overdose of an experimental designer drug that supercharges her brain and her consciousness along with it.

The premise is built on a science cliché that is a misrepresentation at best and outright falsehood at worst—that we only use 10% of our brain, or the potential of our higher brain functions, as the sage professor and narrator played by Morgan Freeman puts it—and the script goes batshit crazy with it. Her growing abilities (measured with regular updates on the percentage of her brain now utilized) are a mix of superhero powers and telekinetic abilities indistinguishable from magic and explained with science mumbo jumbo.

It’s basically a fantasy wrapped in the guise of science and used as an excuse for an action thriller, but what a thriller. This is a kinetic explosion at its best with Johansson striding through it with a sense of drive and assuredness that is a super power all its own.

Weaving through her journey is a revenge tale involving a Korean drug lord (played by Choi Min-sik—Oldboy himself!) and part of the pleasure of the film is, after such a build-up, how unimportant that whole subplot is to Lucy (and, for that matter to Lucy). The way she handles that annoyance is far more effective at explaining Lucy’s transformation than all the exposition spouted by Freeman. Besson’s attempts to frame it in some kind of evolutionary context would be laughable if it wasn’t so damnably fun.

, iTunes, GooglePlay, Vudu and/or other services. Availability may vary by service.
Lucy [Blu-ray]