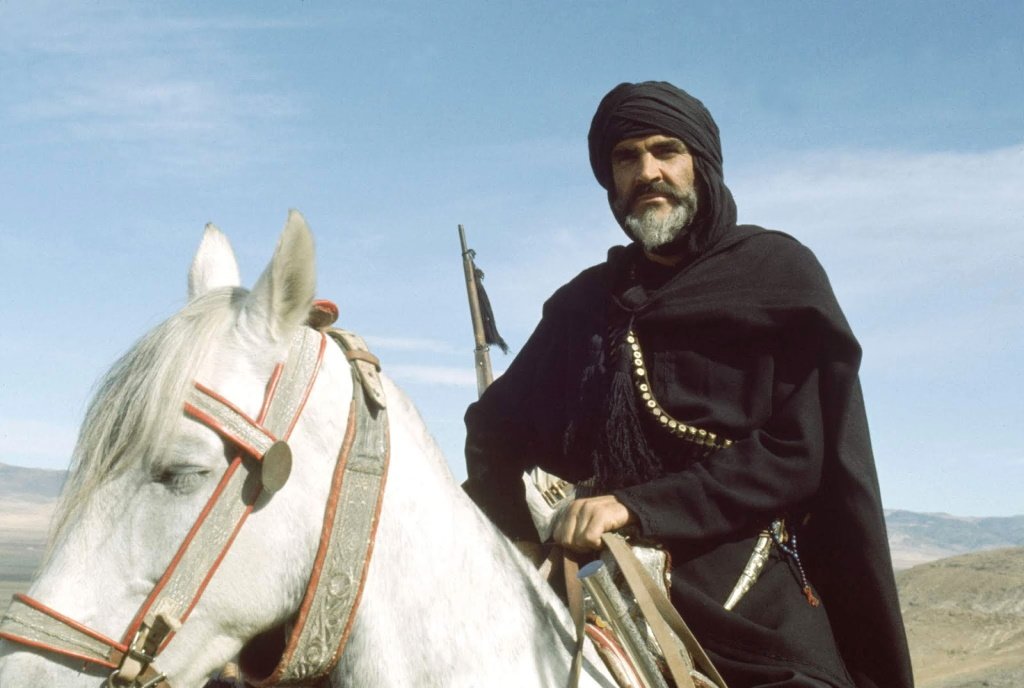 The Wind and the Lion (1975), the sophomore feature of director John Milius, is a small-scale version of the kind of grand historical epic that blossomed in the 1960s.

Set in 1904 Morocco and loosely based on a true historical incident, the 1972 historical adventure stars Sean Connery as Berber chieftain and rebel leader Mulai Ahmed er Raisuli and Candice Bergen as American widow Eden Pedecaris who, along with her two young children, is kidnapped for ransom. Brian Keith is well cast as American President Theodore Roosevelt, who uses the incident as a platform in his election campaign—”Pedecaris alive or Raisuli dead!”—and sends American troops into Morocco to rescue the Americans, an action that could ignite war in Europe.

There is plenty of action with swords and military weapons and men in robes charging across the desert on horseback, all of it directed by Milius with a sweep that belies its budget. But the film is just as much about the battle of wills between the charming but fierce Raisuli and the strong-willed Pedecaris, who develop respect and affection for one another during the ordeal, and the long-distance game of international chess between Raisuli and Roosevelt. “Sometimes your enemies are a lot more admirable than your friends,” observes Roosevelt.

Milius has a rather romantic take on revolution and the honor of war that is out of step with the more complicated sensibilities of American movies in the seventies, but he creates such grand characters and colorful collisions of cultures and countries that it works.

Leaves HBO Max at the end of April. Add to My List

, iTunes, GooglePlay, Fandango, Vudu and/or other services. Availability may vary by service.
The Wind And The Lion [Blu-ray]

The Wind and the Lion [DVD]

The Blu-ray and DVD from Warner includes commentary by filmmaker John Milius and an archival featurette.