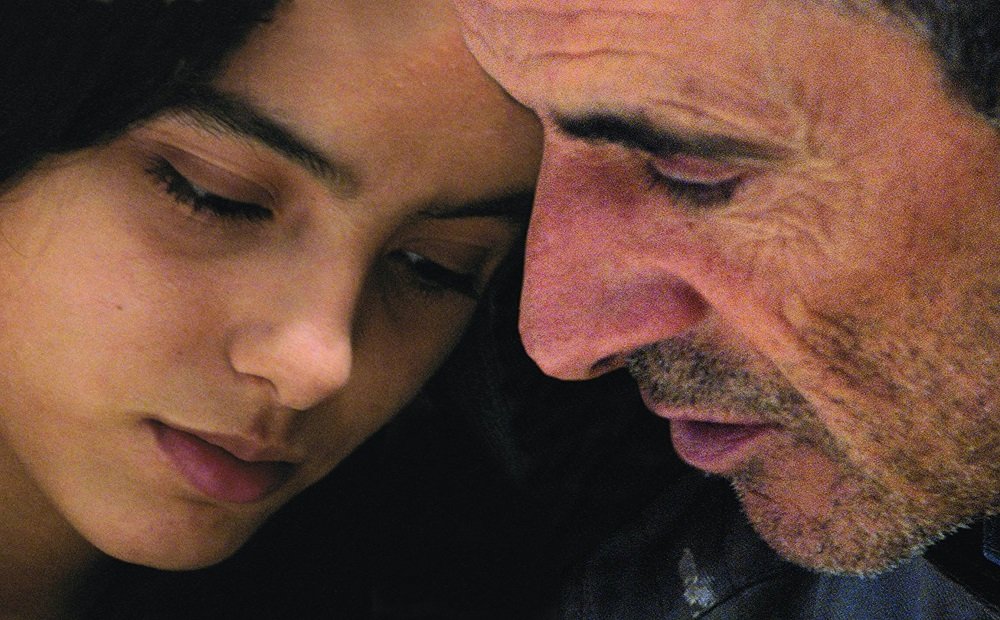 The Secret of the Grain (France, 2007) – Tunisian-French filmmaker Abdellatif Kechiche’s rich drama of an aging French-Arab shipwright who, with the help of his extended family, transforms an abandoned ship left for scrap into a floating restaurant, is a magnificent journey through culture and family and community.

The old man Slimane (Habib Boufares), divorced and living in a dump of hotel owned by his new lover, works his way through the bureaucracy with the help of the doting daughter (Hafsia Herzi) of his long-time girlfriend (she treats him like an adoptive grandfather). He doesn’t talk much, he mostly observes and listens, saying what he needs in few words and otherwise watching the daily dramas play out through his hooded eyes and impassive face, an expression that lets little emotion through but bears witness to decades of surviving. Along the way we see an entire world play out in the background, the stories of the children and grandchildren of Arab immigrants making a life in this French port town and finding their identity in the mix of cultures.

The best of the film is expressed between the beats of the plot and the meandering conversations around dinner tables or over drinks on the sidewalk tables of a hotel bar. It’s as joyous and genuine a portrait of a community as you’ll see in the movies.

It won four César awards, including best picture and director, and five prizes at the Venice Film Festival.

Six years later, Kechiche won the Palme d’Or for Blue Is the Warmest Color (2013) (reviewed on Stream On Demand here).

Not rated, in French and Arabic with English subtitles.

Criterion Channel presents the film with supplements featured on the label’s special edition disc release, including cast and filmmaker interviews and the 45-minute film Sueur. See details below the trailer.

, iTunes, GooglePlay and/or other services. Availability may vary by service.
The Secret of the Grain [Blu-ray]

The Secret of the Grain [DVD]

The Criterion Blu-ray and DVD releases include a new video interview with director Abdellatif Kechiche, an excerpt from a French TV interview with Kechiche and actress Hafsia Herzi, and the 45-minute film Sueur (2008), a re-edited, extended version of the film’s climactic belly dancing sequence featuring Hafsia Herzi (introduced by the director). There are also video interviews with film scholar Ludovic Cortade, actresses Herzi and Bouraouïa Marzouk, and the film’s musicians, and a booklet with an essay by film critic Wesley Morris.