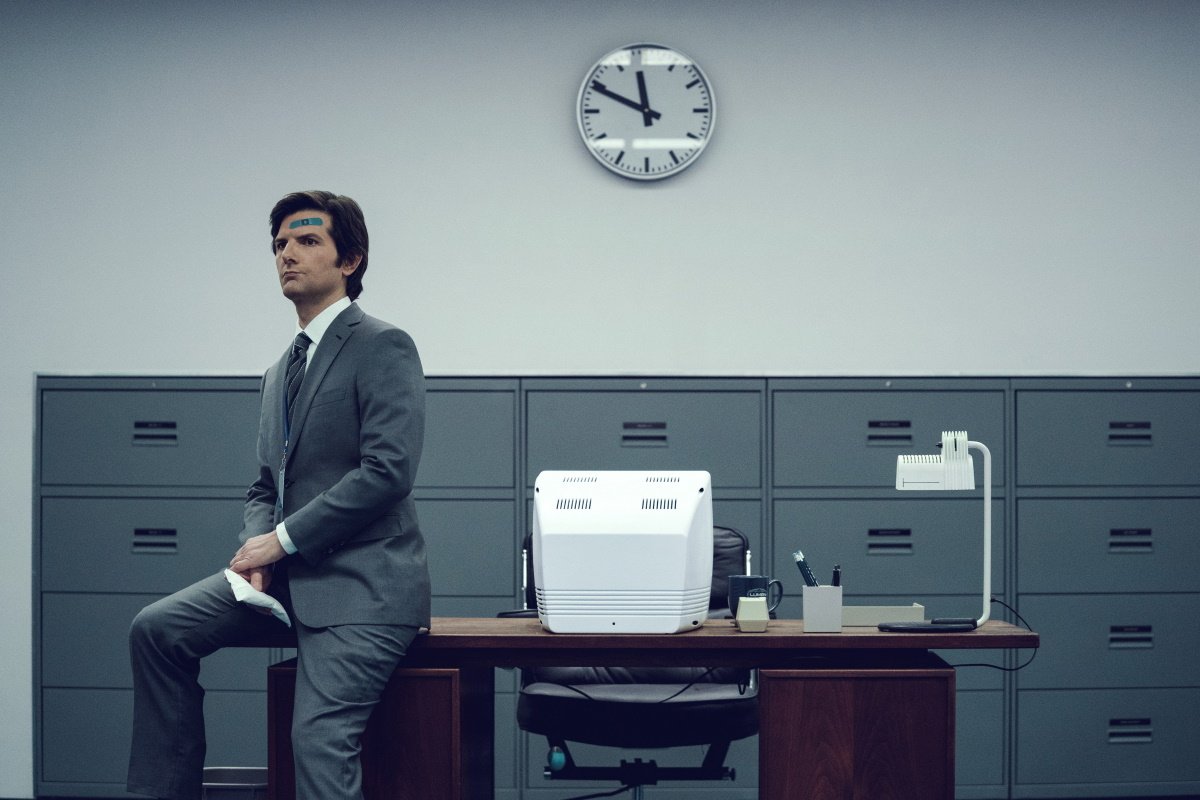 The science fiction psychodrama “Severance: Season 1“ (TV-MA) stars Adam Scott as a young widower who undergo an experimental procedure that disconnects his painful personal memories while at work, but beneath the happy exterior of his new situation is an ominous mystery. Patricia Arquette, John Turturro, and Christopher Walken costar and Ben Stiller produces and directs the first few episodes. Two episodes available, new episodes on Fridays. (Apple TV)

“Bel-Air: Season 1“ (TV-MA) reimagines the hit Will Smith sitcom “The Fresh Prince of Bell-Air” as a serious drama about a teenager (Jabari Banks) from the mean streets of Philadelphia sent to live with relatives in L.A. and deals with class difference, race, identity, and family. Four episodes available, new episodes on Fridays. (Peacock)

The spy movie prequel “The King’s Man“ (2021, R) stars Ralph Fiennes, Gemma Arterton, and Djimon Hounsou as British agents trying to stop a world war in the early 20th century plotted by a gang of villains and despots including Grigori Rasputin (Rhys Ifans). Matthew Vaughn writes and directs the mix of action and comedy. (Hulu)

“Titane“ (France, 2021, R, with subtitles), Julia Ducournau’s surreal thriller about a punk model (Agathe Rousselle) turned serial killer who is impregnated by a luxury automobile, is a cult movie in the making and a strangely touching movie about family. (Hulu)

Also arriving from its debut at Sundance in the documentary “Downfall: The Case Against Boeing“ (PG-13), which dissects the decisions, and the deflection of accountability, that led to the catastrophic crashes of two new Boeing 737-Maxes within months of each other. (Netflix)

The new “Texas Chainsaw Massacre“ (2022, R), cowritten and produced by Fede Alvarez, plays out as a sequel to the 1974 classic.

An inventor and a meteorologist team up in the animated comedy “Cloudy with a Chance of Meatballs“ (2009, PG), based on the beloved children’s book.

Streaming TV: Steve Carrell returns as the head of “Space Force“ (TV-MA) in the second season of the comedy.

International TV: “Young Wallander: Killer’s Shadow“ (Sweden, TV-MA) is the title of the second season of the crime thriller based on the Henning Mankell novels. Also new:

Kid stuff: the animated “The Cuphead Show!: Season 1“ (TV-Y7) is based on the hit video game and “Rabbids Invasion Special: Mission to Mars“ (2022, TV-Y) is a feature-length spinoff of the animated kids show.

A dinner party of the rich, corrupt, and arrogant takes a turn in “The Feast“ (Wales, 2021, not rated, with subtitles), a moody Welsh horror film with an environmentalist twist.

“The Many Saints of Newark“ (2021, R), David Chase’s prequel to “The Sopranos,” rewinds to the formative years of young Anthony Soprano (Michael Gandolfini) and the influence of his uncle Dickie Moltisanti (Alessandro Nivola) in 1960s New Jersey.

International TV: the science fiction crime thriller “Dream Raider: Season 1“ (China, with subtitles, not rated) follows a teams that battles criminals who hack the minds of their victims.

“The Sky is Everywhere“ (2022, PG-13), based on the young adult novel by Jandy Nelson, stars Grace Kaufman as a teenage prodigy mourning the death of her sister. Acclaimed indie filmmaker Josephine Decker directs with an impressionistic approach and costars Cherry Jones and Jason Segel costar.

Brendan Gleeson and Patricia Clarkson star in the second season of “State of the Union” (TV-14), the short-form drama from writer Nick Hornby and director Stephen Frears. All 10 ten-minute episodes available. (AMC+ and Sundance Now)

“The Walking Dead: Season 11B“ (TV-14) returns with episodes streaming Sundays, a week ahead of their respective cable showings.

A notoriously volatile chef (Erik Thomson) returns to Australia and the family he abandoned in “Aftertaste: Season 1“ (not rated), costarring Rachel Griffiths.

The documentary “The Beatles and India“ (2022, not rated) uses unseen recordings and photos and rare archival footage to explore the band’s visit to India and exploration of transcendental meditation.

“Melvin Van Peebles: Essential Films” collects four features from the groundbreaking filmmaker, including his feature debut “The Story of a Three Day Pass“ (1967, not rated), which he made in France, and his American indie landmark “Sweet Sweetback’s Baadasssss Song“ (1971, R), plus a collection of short films, interviews, and the documentary “How to Eat Your Watermelon in White Company (and Enjoy It)“ (2005, not rated).

It’s a highlight of Criterion Channel’s Black History Month presentation, which also includes new restorations of “Native Son“ (1951), the first screen adaptation of Richard Wright’s classic novel starring the author himself in the lead role, and “Bamako“ (Mali, 2006, not rated, with subtitles), Abderrahmane Sissako’s drama of the devastating effects of globalization on contemporary Africa. Also new:

“Inside the Black Box“ (not rated) spotlights the world’s greatest artists of color. Free with ads.