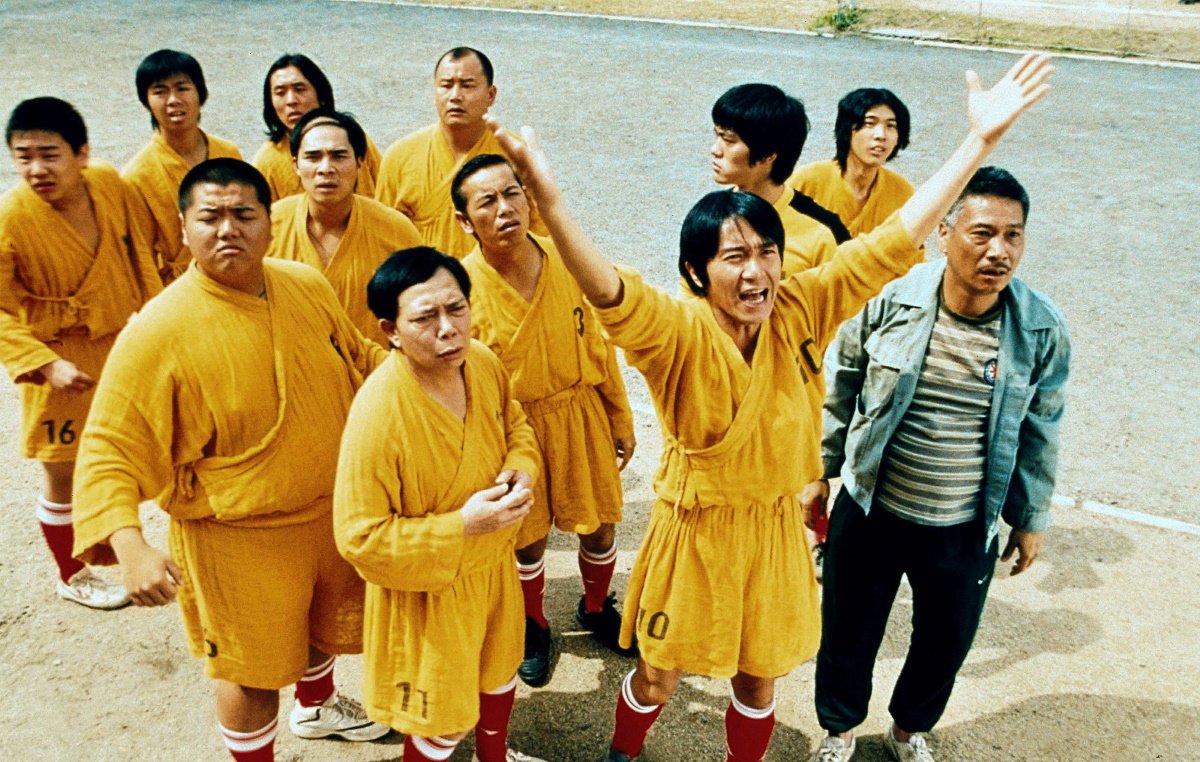 In the early 2000s, Hong Kong comedy star Stephen Chow stole Jackie Chan’s crown as Hong Kong’s clown prince of kung fu comedy. He was dubbed the Jim Carrey of Hong Kong by American critics, but that completely misses his appeal. Sure, Chow is a brilliant physical comedian with an unpredictable streak, but he also has the spirit of an overly excitable kid (even at 40), and he was more than just an actor: he wrote, directed, and produced is best films.

Shaolin Soccer (Hong Kong, 2001) is full of Chow’s trademark talents, from martial arts spoofing to verbal games (most of which are lost in translation), and it’s a lot of fun watching him goof through the creation of a team consisting of his Shaolin brothers into the Harlem Globetrotters of soccer to take on the league bullies, the aptly named Team Evil.

No it isn’t subtle, and why should it be? Ching Siu-Tung’s choreography fills the stunts with plenty of imagination (think of a cross between the supernatural magic of A Chinese Ghost Story and video game fantasy a la The Matrix) and Chow’s flashes of whimsy creates an eye-popping comedy with all the chemistry and self-effacing fun of a Bob Hope/Bing Crosby road movie (without the mercenary humor) and the crazy turns of a Looney Tunes cartoon.

Vicki Zhao is hilarious as the kung-fu bun chef with a crush on Chow, who droops her head to hide her acne-mottled face and speaks in a near whisper that still manages to come off deadpan, and Man Tat Ng, Wong Yat-Fei, and Patrick Tse co-star. Cecilia Cheung and Karen Mok make cameos in drag.

Released at 111 minutes in Hong Kong, Miramax cut the film down to 97 minutes that whiz by like a Beckham penalty kick. That’s the version that streams in the U.S.

Also on DVD and on SVOD through Amazon Video, iTunes, GooglePlay, Vudu and/or other services. Availability may vary by service.
Shaolin Soccer [DVD]

The DVD features both the original 111 minute version (in Cantonese only) and the cut American version (with original Cantonese soundtrack and English and French dub tracks).