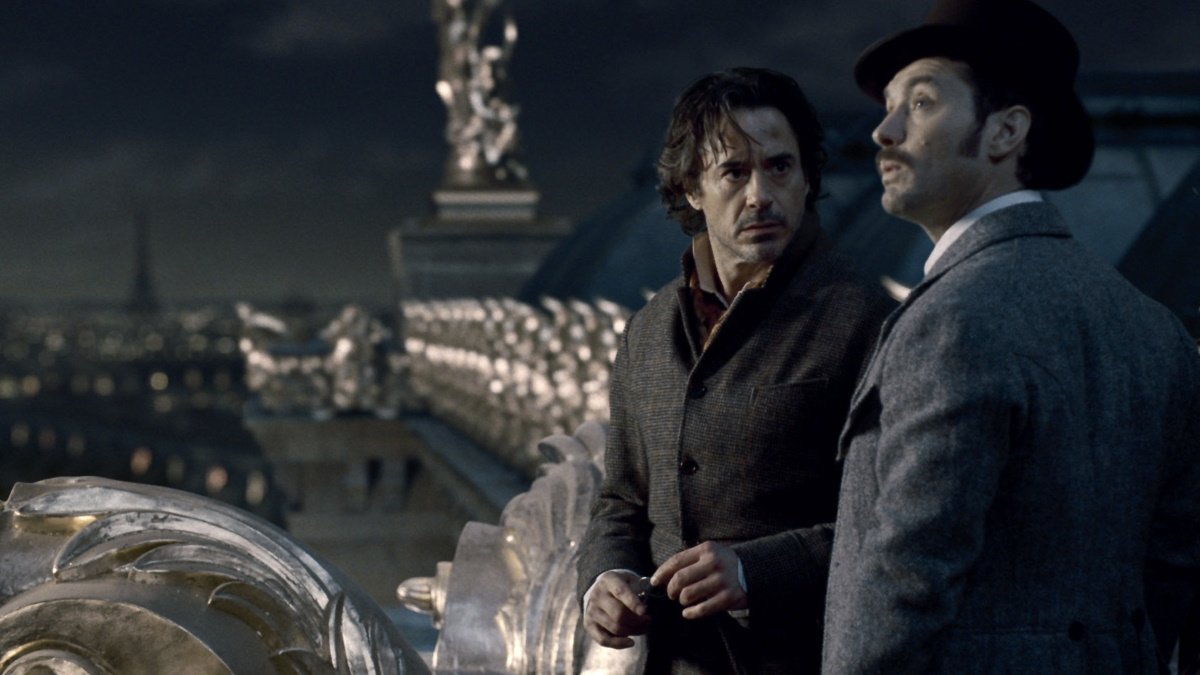 There’s a strange leveling that home video provides by putting Guy Ritchie’s big-budget, action-crammed, ADD-plagued Sherlock Holmes features next to the updated BBC Sherlock series starring Benedict Cumberbatch, produced with smaller budgets and smarter scripts. They couldn’t be more different, and yet they offer two different approaches to the literary detective who seems to get a definitive revival every generation or so. For fans of the original fiction, the Cumberbatch Holmes offers an intelligent update of Doyle’s stories. And for the Hollywood culture of bigger, faster, more, there is this revision with Holmes as a rather whimsical prankster.

In this very busy story, Holmes and his brother Mycroft (Stephen Fry) hijack the honeymoon of Watson (Jude Law) and his bride (Kelly Reilly) to save them from Professor Moriarty (Jared Harris), and then head to the continent with a gypsy fortune teller (Noomi Rapace) targeted by Moriarty’s assassins to take on the master criminal’s latest diabolical scheme. Action ramping, silly costumes, and general mayhem ensues.

So, yes, it’s not Holmes according to Doyle, but it does have Downey and it has one thing in common with the new BBC Holmes revision: a smart and capable Watson who holds his own against the eccentric genius.

On Blu-ray and DVD, with the “Focus Points” featurettes “Sherlock Holmes and Dr. Watson: A Perfect Chemistry,” “Moriarty’s Master Plan Unleashed,” and “Holmesavision on Steroids,” and an Ultraviolet digital copy, for download and instant streaming. The Blu-ray features the exclusive Maximum Movie Mode, Warner’s version of the interactive audio-video track, with host Robert Downey Jr. walking into the screen to talk about the film and introduce detours into short production featurettes, while picture-in-picture interviews and behind-the-scenes clips play through the rest of the film. Also available through digital download and On Demand.