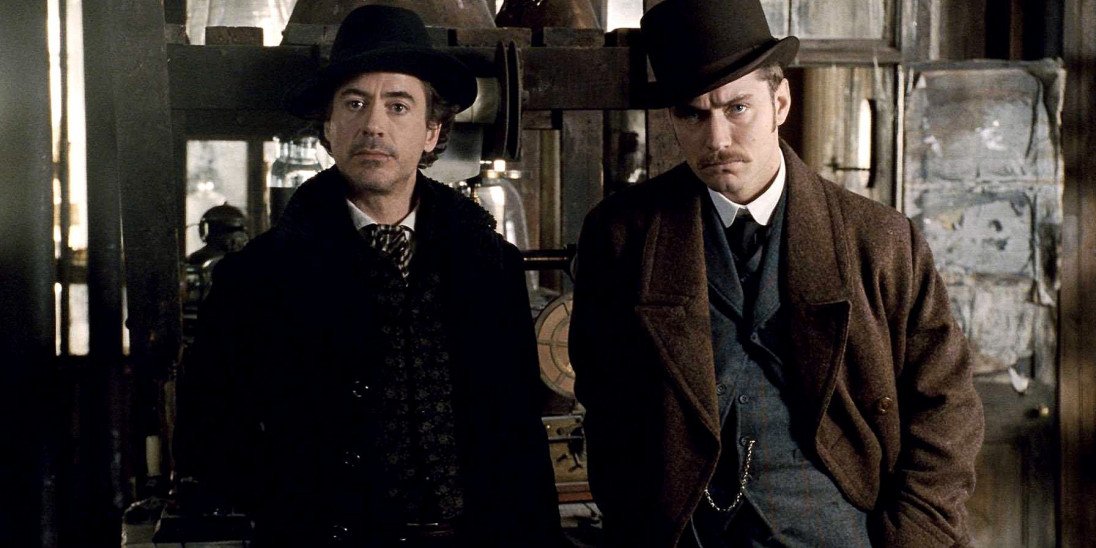 Robert Downey Jr. gives a wily performance as the arrogant but brilliant Holmes, an eccentric genius with a bare-knuckle edge and a low threshold for boredom when there’s no case to solve. Jude Law offers a Dr. John Watson far from the bumbling foils of the classic Basil Rathbone films, a war veteran and fledgling forensic scientist who is on the verge of getting married and moving out. This is a Sherlock who likes to brawl and a Watson full of life and vigor and wit.

Ritchie’s slick, busy take arrived just before a renewed interest in reimagining the classic detective for modern audiences, most notably in the British series Sherlock with Benedict Cumberbatch and the American Elementary with Jonny Miller. Ritchie relies on his stock in trade for his version, namely style. His momentum and speed-ramping flourishes distract from the rickety mystery as he mounts a spectacle-laden action film in Victorian London.

The Blu-ray and DVD releases includes the 14-minute featurette “Sherlock Holmes: Reinvented,” where the producers insist that this film is “truer to the original stories” than previous screen versions. I’m not convinced. The Blu-ray edition features the Maximum Movie Mode, an interactive audiovisual track where director Guy Ritchie steps in periodically as to discuss the production and deconstruct key scenes (with illustrative video playing in the corner). The balance is filled with picture-in-picture interviews, behind-the-scenes footage and mini-featurette “focus points” (which can also be viewed individually at full screen). It’s exceedingly well-produced and a lively way to explore the film.