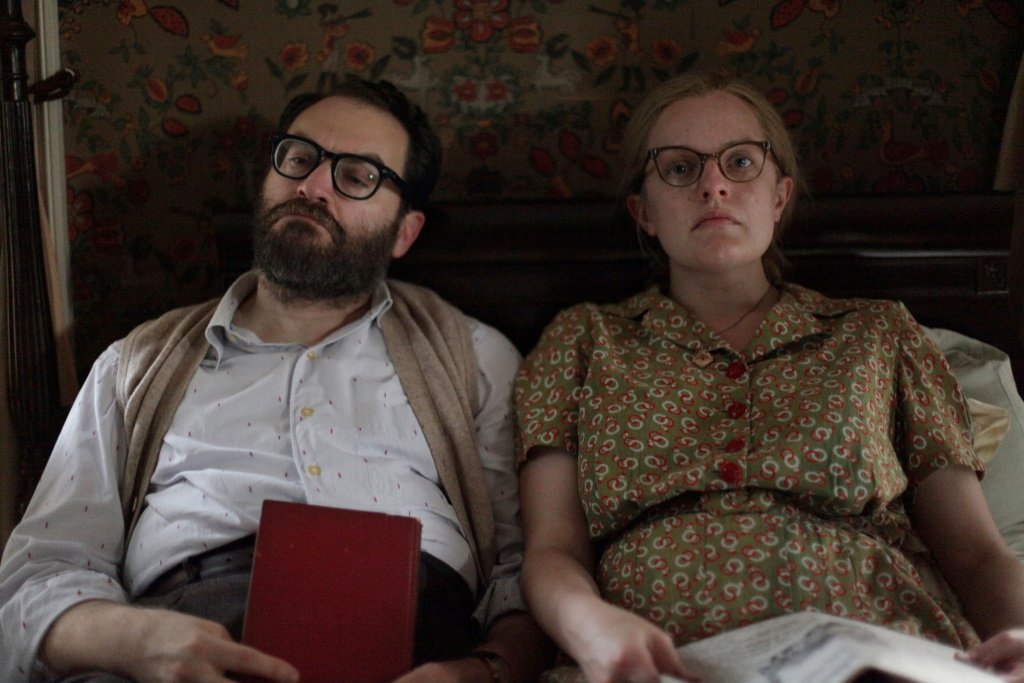 Elisabeth Moss is Shirley Jackson in “Shirley” (2020, R), a Gothic psychodrama costarring Michael Stuhlbarg as her combative husband and Odessa Young and Logan Lerman as the young couple forced to endure their bickering and mindgames. The indie drama from filmmaker Josephine Decker, originally slated for theaters, debuts on Hulu and on Cable on Demand and VOD.

The nonfiction series “Dear…” (2020, not rated) profiles iconic figure from American society, among them Oprah Winfrey, Gloria Steinman, Spike Lee, and Lin-Manuel Miranda, through letters written by people whose lives were changed by their work. Streaming on Apple TV, new episodes each Friday.

Two popular Netflix shows aimed at teens and families come to end this month. The family sitcom “Fuller House: The Farewell Season” (TV-PG) and the young adult drama “13 Reasons Why: Season 4” (T V-MA), based on the novel by Jay Asher, bring each respective series to a close.

Classic pick: The original, multi-Oscar-winning version of the acclaimed musical “West Side Story” (1961) with Natalie Wood and Richard Beymer is now streaming on Netflix and Criterion Channel. See it before Steven Spielberg delivers his upcoming remake.

Mia Wasikowska is puppeteer who takes revenge on her violent husband and the rotten town where they perform in the darkly comic “Judy & Punch” (2020, not rated).

“The Infiltrators” (2019, not rated) mixes documentary and drama in the story of undocumented youths who get deliberately detained to infiltrate a for-profit detention center.

Available direct to VOD is “Becky” (2020, R), an action thriller about a father and daughter (Joel McHale and Lulu Wilson) on vacation terrorized by escaped convicts;

Near-future thriller “The Last Days of American Crime” (2020, not rated) stars Edgar Ramirez, Anna Brewster, and Michael Pitt as a team plotting the perfect heist before the government uses a form of mind control to stop all crime.

“Garth Brooks: The Road I’m On: Season 1” (not rated) tells the story of the country superstar’s life and career.

Greta Gerwig’s Oscar-nominated directorial debut “Lady Bird” (2017, R) is a funny and touching drama of a high school rebel (Saoirse Ronan) and her stormy relationship with her mother (Laurie Metcalf).

James Franco directs and stars as Tommy Wiseau in “The Disaster Artist” (2017, R), a stranger-than-fiction comedy based on the true story behind the creation of the midnight movie phenomenon “The Room.”

“Hannibal: Seasons 1-3” (2013-2015, TV-14) with Hugh Dancy as profiler Will Graham and Mad Mikkelsen as Hannibal Lecter is both gruesome and beautiful.

More streaming TV: “Can You Hear Me?: Season 1” (not rated, with subtitles) follows three friends in a low-income neighborhood in French-speaking Canada. Also new:

Steven Spielberg’s “E.T. the Extra-Terrestrial” (1982, PG), a science fiction adventure filled with childhood wonder, is back for kids and families.

Need some comedy? These movies are new to Netflix this month: “Observe and Report” (2009, R), a surprisingly dark comedy with Seth Rogen as a bi-polar mall security guard;

The Oscar-nominated “How to Train Your Dragon” (2010, PG) turns the series of storybooks by Cressida Cowell into a lively animated adventure of a meek but inventive Viking lad named Hiccup (voiced by Jay Baruchel) who befriends an injured dragon.

Robert Redford is a middle-aged baseball rookie in “The Natural” (1984, PG), based on the classic Bernard Malamud novel. Robert Duvall, Glenn Close, and Kim Basinger costar.

“Frankenstein and the Monster from Hell” (1974, R), the final “Frankenstein” film from England’s Hammer films, is a strange but intelligent film and a fitting cap to the series (Prime Video and Hulu).

“Miss Snake Charmer” (2018, not rated) is a documentary on the oddest high school beauty pageant you’ve ever seen.

Keanu Reeves is a cursed demon hunter in “Constantine” (2005, R). He’s not much like the comic book character but he’s still a fascinating character. Director Francis Lawrence went on to direct most of the “Hunger Games” film series.

Natalie Portman is an astronaut “Lucy in the Sky” (2019, R), the feature directing debut of novelist and TV creator Noah Hawley (“Fargo”).

James McAvoy, Michael Fassbender, and Jennifer Lawrence are a part of “X-Men: First Class” (2011, PG-13), the 1960s-set prequel to the hit superhero series.

Warren Beatty stars in a trio of terrific films of the 1970s: conspiracy thriller “The Parallax View” (1974, R) and Robert Altman’s frontier western “McCabe and Mrs. Miller” (1971, R) and romantic comedy “Heaven Can Wait” (1978, PG), both with Julie Christie.

Kid stuff: is it time to introduce magnificent animated adventure “The Iron Giant” (1999, PG) and the live-action adolescent treasure hunt adventure “The Goonies” (1985, PG) produced by Steven Spielberg to new audiences of children?

Streaming TV: the original British “The Office: Complete Series” (2001-2003, TV-MA) from creator Ricky Gervais and costar Martin Freeman and the miniseries version of “Pride and Prejudice” (1995, TV-PG) with Jennifer Ehle and Colin Firth are perfect shows for binge watching.

Tom Hanks earned an Oscar nomination playing influential children’s TV host Fred Rogers in “A Beautiful Day in the Neighborhood” (2019, PG), a drama about his friendship with a cynical magazine writer (Matthew Rhys).

Marie Gillain stars as a TV announcer in 1950s Paris who solves crimes in “Speakerine” (France, TV-14, with subtitles). New episodes each Tuesday on MHz.