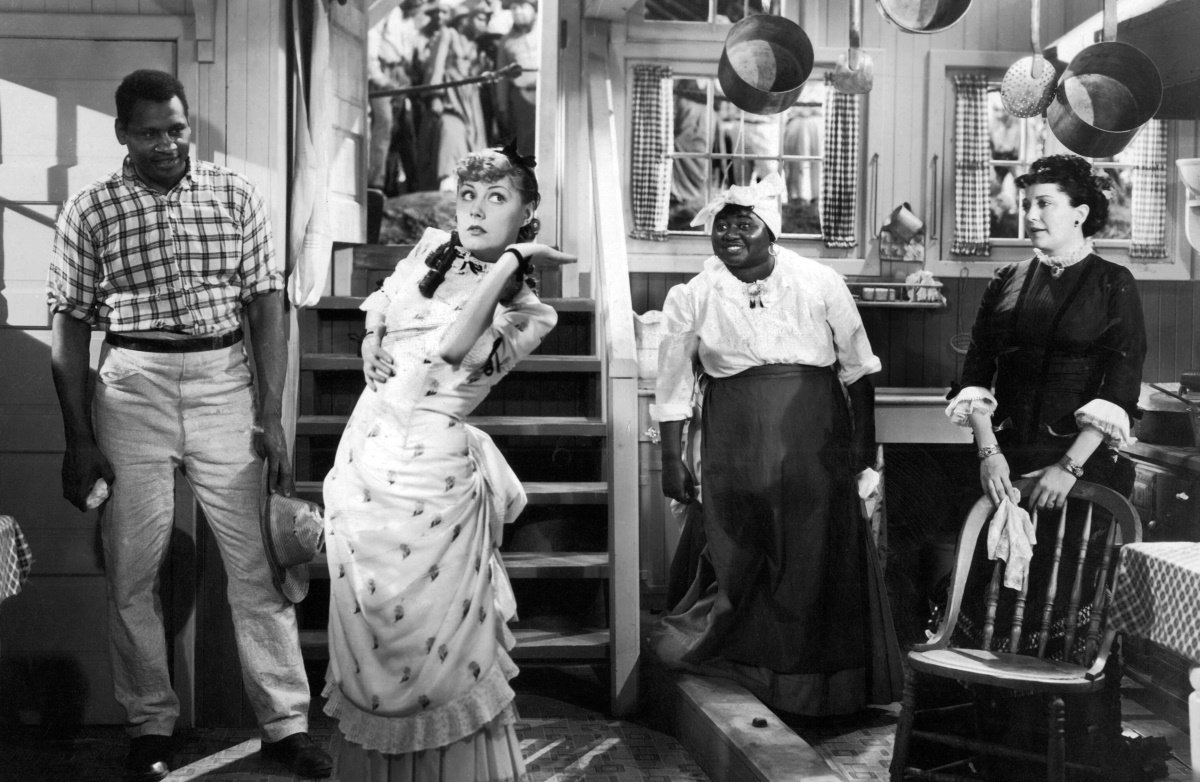 Show Boat (1936), the second screen production of the classic musical by Oscar Hammerstein II and Jerome Kern (adapted from the novel by Edna Ferber) is still considered the best version of the Broadway hit.

Directed by James Whale, who was most famous for his horror films Frankenstein and Bride of Frankenstein, it stars Irene Dunne as Magnolia, the dreamy daughter of Cap’n Andy (Charles Winninger), the proprietor of the floating paddlewheel playhouse in the 19th century South. She plays out her romantic fantasies in real life when she falls for riverboat gambler Gaylord Ravenal (Allan Jones) and, after a flirtation by duet, she takes the stage with him as her leading man, against the wishes of a mother who wants to keep her far away from the “wicked stage” of show business.

This version co-stars Paul Robeson as Joe, who sings the show-stopping “Ol’ Man River,” and Helen Morgan (in her final film role) as the singer is forced to leave the show when authorities discover that she has Negro blood in her. Both reprised their roles from the original stage productions (Morgan on Broadway, Robeson in London). Dunne, with her trilling laugh and easy charm, is wonderful as the earnest Magnolia and Jones, most famous as the bland romantic lead of a couple of Marx Brothers comedies, shows more sand and strength in the role of the romantic gambler than in any other of his film performances, but Robeson and Morgan are transcendent.

Showboat takes place in the Jim Crow South, where segregation was a way of life and miscegenation a crime. By 1936 things hadn’t changed much in many southern states, a tension that could be felt in Hollywood, where film were produced to play all territories. Irene Dunne performs a minstrel number in blackface (which, offensive as it is to our sensibilities, is at least true to the show’s era) and all of the black characters are servants or otherwise subservient to the white characters.

Yet the film also acknowledges the reality of segregation and bigotry in the Jim Crow south and shows a theatrical community where the white and black characters share scenes and songs and experiences as colleagues. The song “Can’t Help Lovin’ Dat Man” becomes a conversation between Morgan’s Julie, a woman who has experienced her share of disappointment and heartbreak, and Hattie McDaniel’s Queenie, the ship’s cook. They’re not just sharing a song, they’re comparing notes.

Whale’s sympathy is unmistakable, thanks to his powerful treatment of Morgan’s character and the direction of the “Ol’ Man River” scene, which ends with a montage of expressionism images reflecting the spirit of the lyrics and music. It’s a superb film version of one of the classic American musicals.

It was added to the National Film Registry in 1996.

Read more in this in-depth review at Parallax View

Leaves HBO Max at the end of July. Add to My List on HBO Max