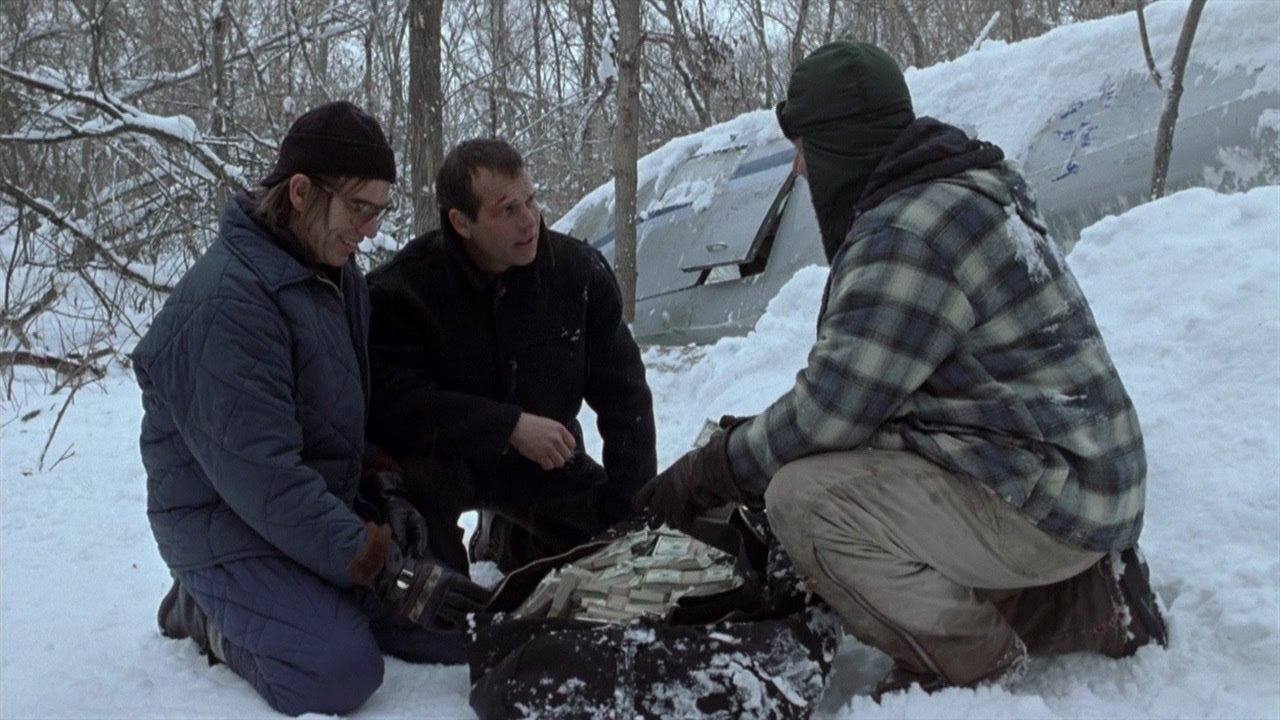 A Simple Plan (1998) – An endless white landscape of rolling hills and snow-blanketed forests. A lonely acoustic score (by Danny Elfman) plays in the background. A vision of rural simplicity portrayed in hushed tones. The stillness is about to shatter.

Brothers Hank (Bill Paxton), an accountant at a small town feed store, and Jacob (Billy Bob Thornton), an unemployed, hygienically-challenged dim bulb, accompanied by Jacob’s oafish pal Lou (Brent Briscoe), stumble across a downed plane in the brush containing a corpse and sack with millions of dollars. Surely this is the aftermath of a drug deal gone awry, they conclude. Greed overcomes good sense and the three agree to hide the money for a year and keep the secret to themselves. A simple plan indeed. It doesn’t take long for it to go all to hell as the lure of wealth tears at kinship and friendship and the ruthless machinations of impetuous partners leave a body count in its wake.

Sam Raimi, best known for wowing audiences with stylistic gymnastics and manic mayhem, directs this quietly desperate thriller with chilly restraint, finding it’s cold, tragic heart in the estranged relationship between Hank and Jacob: the college boy blind to the truth of his own family and the town loser whose tortured soul reveals a humanity lost on his brother (a brilliant performance by Thornton). Bridget Fonda co-stars as Hank’s wife, whose initial hesitation gives way to cold-blooded plotting, and Scott B. Smith scripts, adapting his own novel.

Leaves HBO Max at the end of December. Add to My List on HBO Max

, iTunes, GooglePlay and other services. Availability may vary by service.
A Simple Plan [DVD]