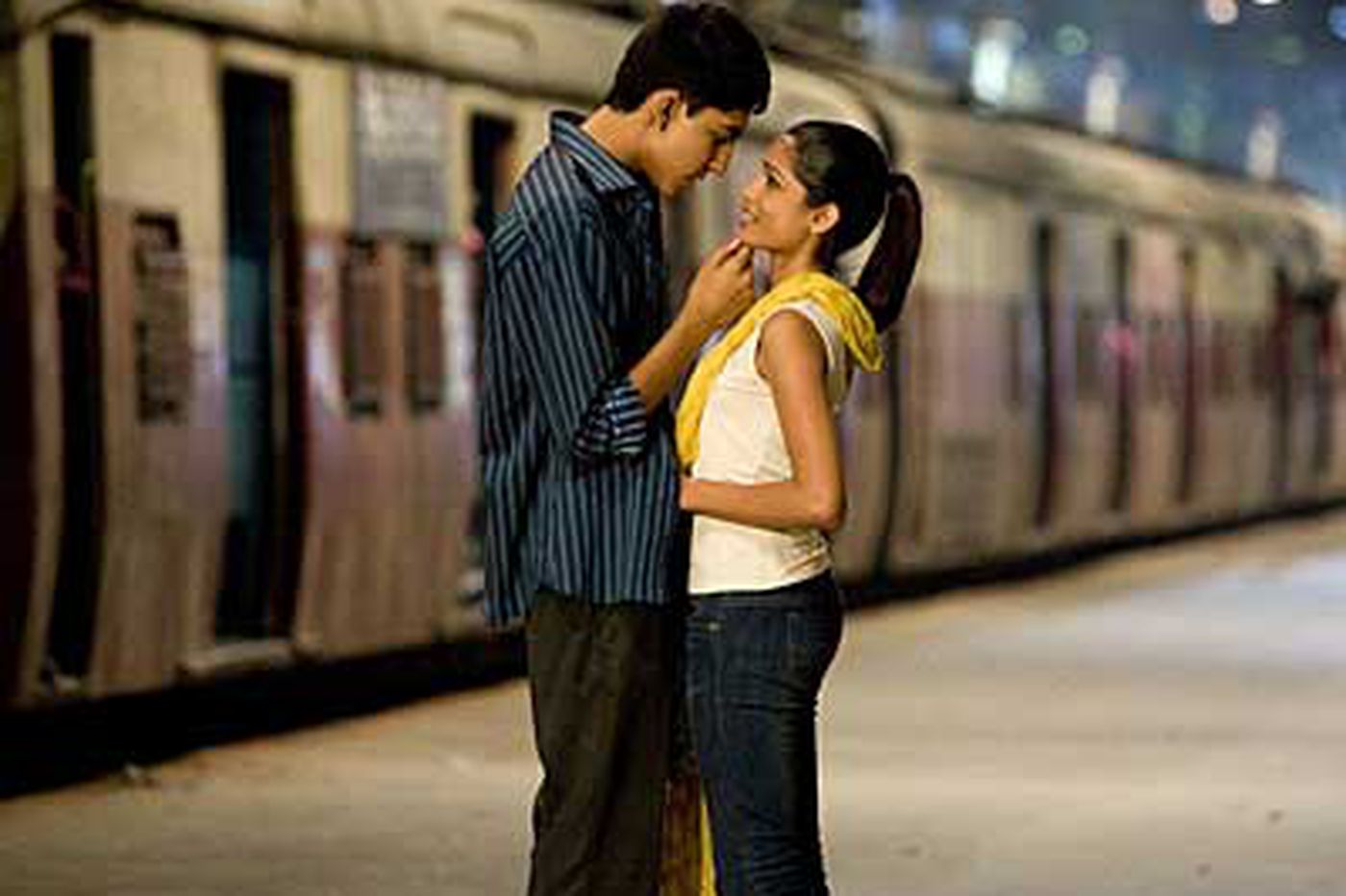 Slumdog Millionaire (2008), Danny Boyle’s underdog movie about a slum kid in India who defies all odds and follows his heart into the final rounds of “Who Wants To Be a Millionaire,” was the most unabashedly, tragically, rapturously romantic film of 2008.

Zipping back and forth through flashbacks told by adult Jamal (Dev Patal), it tells the tale of an orphaned child surviving the horrors of poverty, predation, crime, torture, and betrayal and risking everything for a girl (Freida Pinto). It’s a Dickensian drama (complete with a brutal Bombay Fagin who blinds choice kids in his orphan crew because they get double the take) with all the emotional turmoil of a Bollywood gangster romance thriller without the dance numbers (until the end credits, anyway). There’s a police interrogation (with the great Irrfan Khan conducting the interview), a battle against mobsters, and a countdown to the final rounds of the TV quiz show as the kid from the slums becomes a hero to millions of poor viewers. Boyle powers it all with dynamic energy and vibrant, vivid visuals set to a throbbing score of Indian pop tunes.

I was taken with the energy and color and music of the spectacle, but less than impressed with the melodramatic fantasy and exoticized portrait of poverty and predation for these orphaned kids. It did, however, launch the careers of Dev Patel and Freida Pinto.

It won eight Academy Awards (including Best Picture, Best Director and Adapted Screenplay and Best Cinematography) and five BAFTAs and turned into a surprise hit in Britain and the U.S. (though, curiously enough, not in India).

Leaves Hulu at the end of August. Add to My Stuff on Hulu

Director Danny Boyle provides a lot of production information in his commentary track with actor Dev Patel while a second commentary by producer Christian Colson and screenwriter Simon Beaufoy offers even more background information (and Beaufoy has plenty to share from his research trips to India). They are far more informative than the promotional featurette “Slumdog Dreams: Danny Boyle and the Making of Slumdog Millionaire” (which appears to be made for cable), while “Slumdog Cutdown” condenses the entire film into a five-minute music video montage. Also features 12 deleted/extended scenes and a digital copy of the film for portable media players. There’s also a Blu-ray edition.