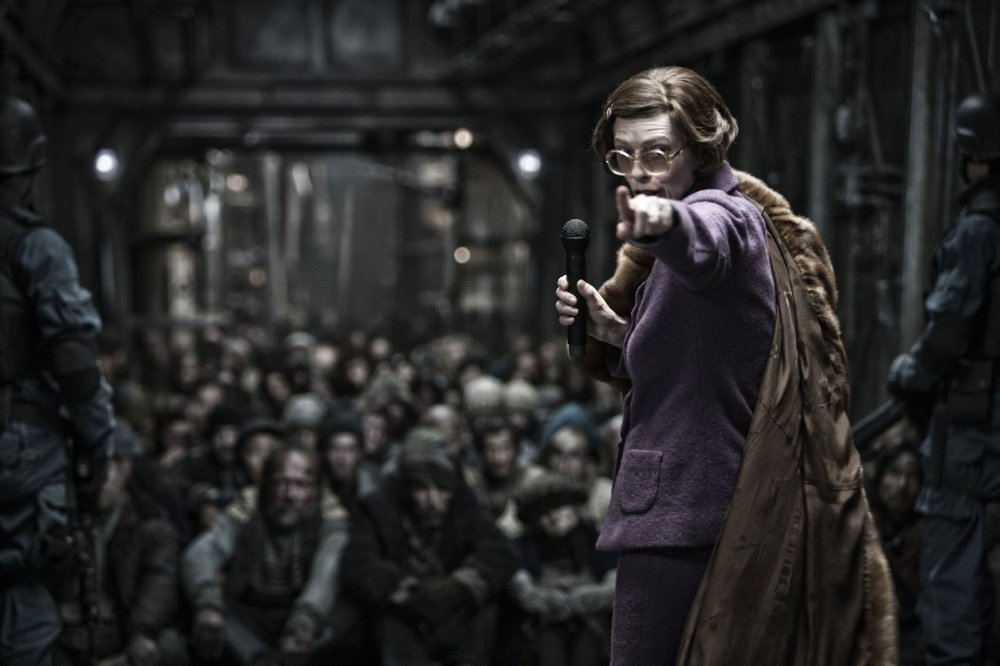 Snowpiercer (2013), an international production from Korean filmmaker Bong Joon-ho and a French graphic novel, is a high-speed allegory speeding down the science fiction tracks of genre cinema.

That’s the way I like this brand of filmmaking: with the symbols big, muscular, detailed, and punchy. You either give yourself over to the metaphor, in this case a giant train as a self-contained eco-system traveling through a world plunged into an ice age with passengers segregated into castes and the oppressed poor rising up in revolution, or give up. There’s not much in between.

Think “The Odyssey” as reworked by Karl Marx and set on the Siberian Express, a ferocious end-of-the-world science fiction allegory about class warfare on a perpetual motion train circling the frozen globe. Chris Evans (Captain America himself) is the angry young leader in the dungeon of steerage class battling his way through the train, car by car, to the engine, seeing his fellow revolutionaries cut down by the stormtrooper soldiers as the poor, huddled masses progress through the levels of privilege and decadence.

Tilda Swinton all but steals the film from him as the devoted functionary dedicated to class division and population control through repression and purges, embracing the essence of her character as both live action political cartoon and deluded acolyte of an Oz-like ruler with Darwinian tools. It is the class system of the industrial revolution in microcosm played out as high-concept action movie, and with Bong (The Host) at the helm, it’s a violent, graphically dynamic journey.

and other services. Availability may vary by service.
Snowpiercer [DVD] 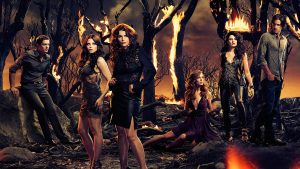 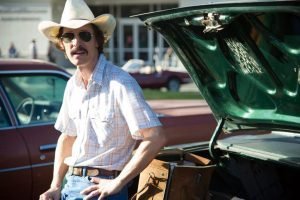