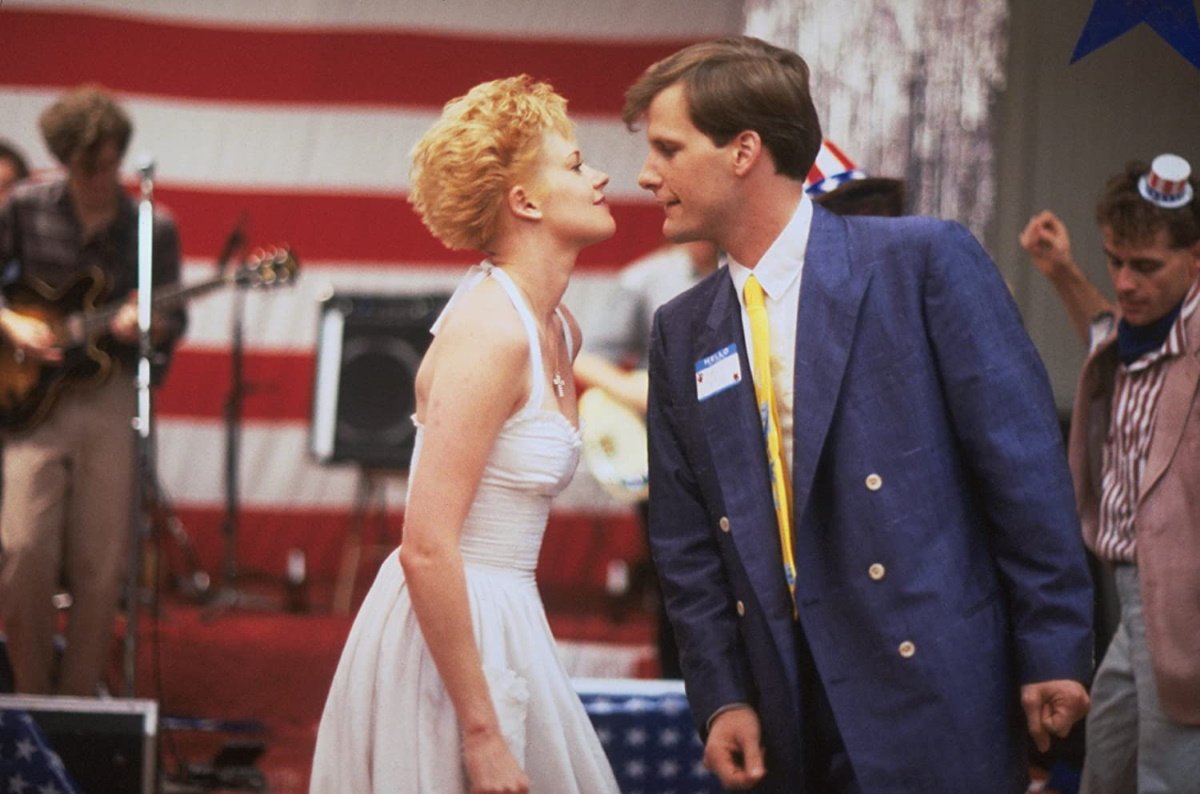 Jonathan Demme had been working in the margins of American cinema, working his way up from lively drive-in pictures to acclaimed but unseen character dramas (Melvin and Howard) and indie projects (Stop Making Sense), when he finally broke through with his first bona-fide hit.

Something Wild (1986), a screwball road movie that veers into dark alleys, is still one of Demme’s most nuanced and most entertaining films. Melanie Griffith delivers a career-best performance as a sexy, impish free spirit with a larcenous streak who takes a straight-laced businessman (Jeff Daniels) on the ride of his life. As the baggage of their real lives tumbles out along the way, her past catches up in the form a creepily charming bad-boy ex.

Demme gave a then-unknown actor by the name of Ray Liotta his feature film debut and harnessed his explosive potential in one of the most riveting and terrifying performances of that year. He plays Ray, her old boyfriend, who insinuates himself into their madcap spree and pushes their largely harmless rebellion into genuinely dangerous and predatory territory. His performance was recognized by critics groups around the country and the actor went on to play Shoeless Joe Jackson in Field of Dreams and Henry Hill in Goodfellas.

Something Wild plays like a screwball Hitchcock film reworked for the freewheeling eighties indie culture. It’s playful and colorful but doesn’t shy away from the darkness at the end of the road. Features a lively soundtrack and cameo appearances by John Waters, John Sayles and The Feelies as the high school reunion band.

It’s available on movie-only editions on DVD and on a special edition from the Criterion Collection on Blu-ray and DVD, which remasters the film with a restored digital transfer supervised by DP Tak Fujimoto and approved by Jonathan Demme for its Blu-ray. Supplements are limited to interviews with director Jonathan Demme (running over half an hour) and screenwriter E. Max Frye (under ten minutes) plus a booklet with an essay by film critic David Thompson.