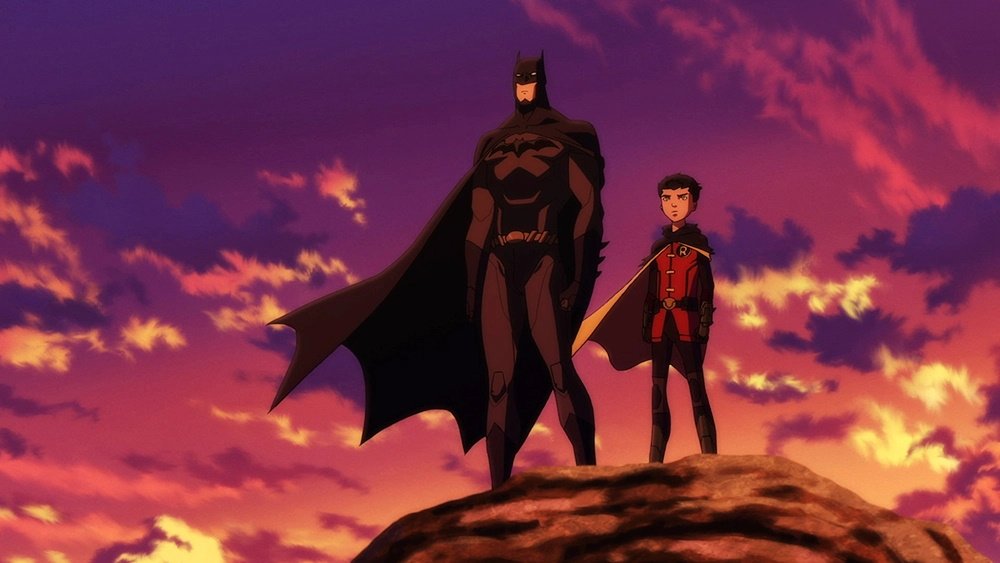 Son of Batman (2014) continues the DC Animated Universe tradition of adapting stand-out comic book runs as direct-to-video animated features, this one from the four-issue mini-series of the same name by writer Grant Morrison and artist Andy Kubert.

Damian is indeed the son of Batman, the offspring of his affair with Talia al Ghul of the League of Assassins, and he discovers his progeny after the organization is attacked by Deathstroke and Damian targeted for death. So Batman becomes not just a father figure to a young sidekick but in fact a father, trying to teach his arrogant and highly talented ninja assassin of a son a less fatal approach to combat and crimefighting.

Jason O’Mara takes his second run at voicing the Caped Crusader, Morena Baccarin is Talia, and Stuart Allan is Damian, with David McCallum doing a superb Alfred, who is not at all impressed by the arrogant young Damian. Author Joe R. Lansdale, who wrote a couple of scripts for the old animated Batman, scripts the adaptation.

The DCU Original Animation features had been steadily moving toward more mature material and this one earns its PG-13 rating with some major violence (the blood flowers spray freely in the first scene as bullets and swords cut down the League of Assassins) and an acknowledgement of Batman’s sex life, not to mention a scene with a couple of prostitutes (or “harlots,” in Damian’s words).

Also on Blu-ray and DVD and on SVOD through Amazon Video, iTunes, GooglePlay, Vudu and/or other services. Availability may vary by service.
Son of Batman [Blu-ray]
Son of Batman [DVD]

The Blu-ray and DVD includes the usual collection of featurettes providing background on the story and characters (“The Fang and the Demon: The League of Assassins” and “Strange Blood Ties: Damian Wayne,” both featuring original writer Grant Morrison) and the character design, and four vintage Batman cartoons with loose connections to the movie (from Batman: The Animated Series, Batman Beyond, and the Brave and the Bold).