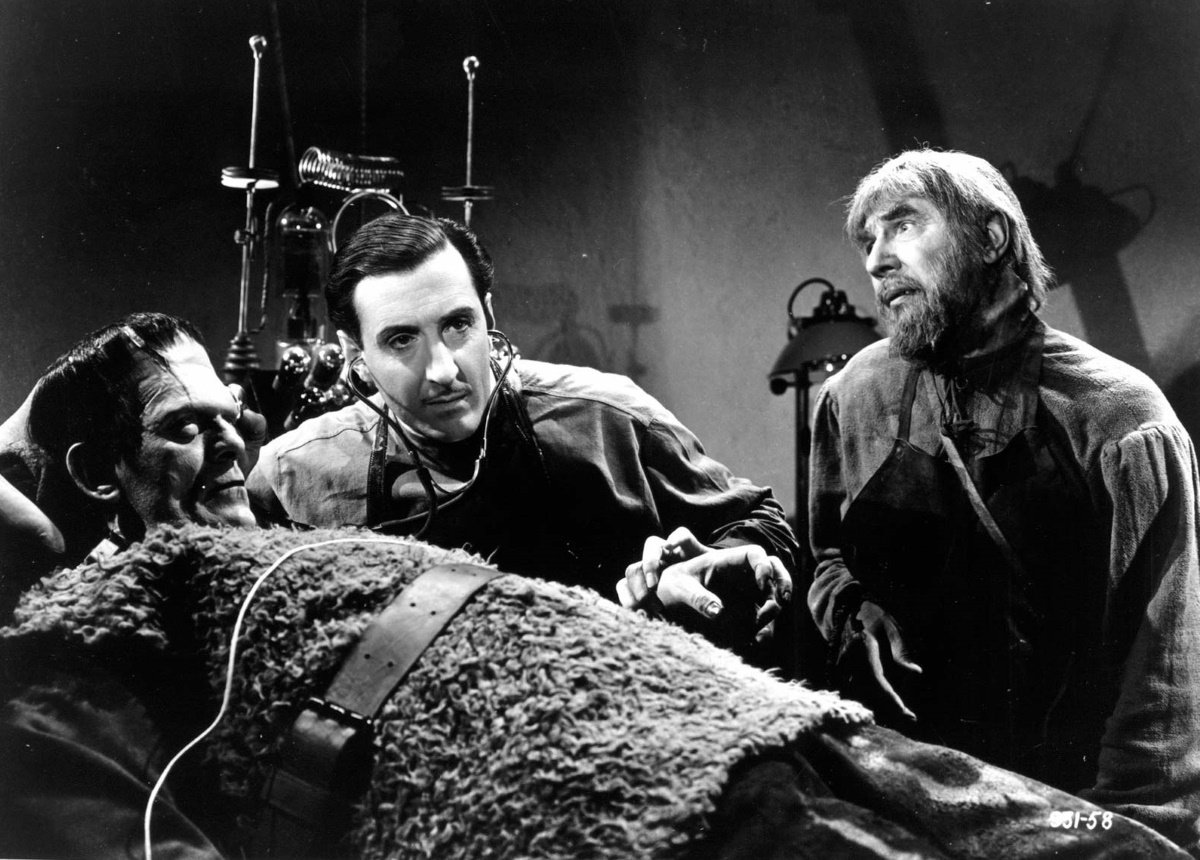 Basil Rathbone comes to Transylvania to inherit his father’s estate in Son of Frankenstein (1939), the third film in what become a monster movie franchise for Universal Pictures.

The townspeople are suspicious but Rathbone’s young Baron Wolf von Frankenstein has no interest in reviving his father’s work. At least until he discovers the monster hidden away in the castle, inert but very much intact and watched over by Ygor (Bela Lugosi), a sinister, snaggle-toothed peasant with broken neck. Convinced to revive the creature and vindicate his father’s name, he toils away in the lab little realizing that Ygor is using the monster to revenge himself on the jury that sentenced him to hang.

Boris Karloff makes his final appearance as the Monster, now little more than a mute, a lumbering robot under the hypnotic control of Ygor. Rathbone is a dignified, suave scientist and a marvelous match to Lugosi’s mad Ygor, a richly malevolent performance that dominates the film. Lionel Atwill makes a marvelous addition to the Frankenstein gallery as the wooden-armed constable, a legacy of the monster’s rampage 25 years before. Mel Brooks’ loving lampoon Young Frankenstein, a veritable remake of this film, features the constable and his lumber limb in a major role.

Universal abandoned horror films in 1936 but the success of this sequel single-handedly revived the genre. Though lacking the gothic splendor and macabre humor of James Whale’s originals, Rowland V. Lee’s handsome production remains an intelligent, well-made classic of the genre and Universal’s last great horror film.

Josephine Hutchinson costars as Wolf’s wife and Lugosi returns as Ygor in Ghost of Frankenstein.