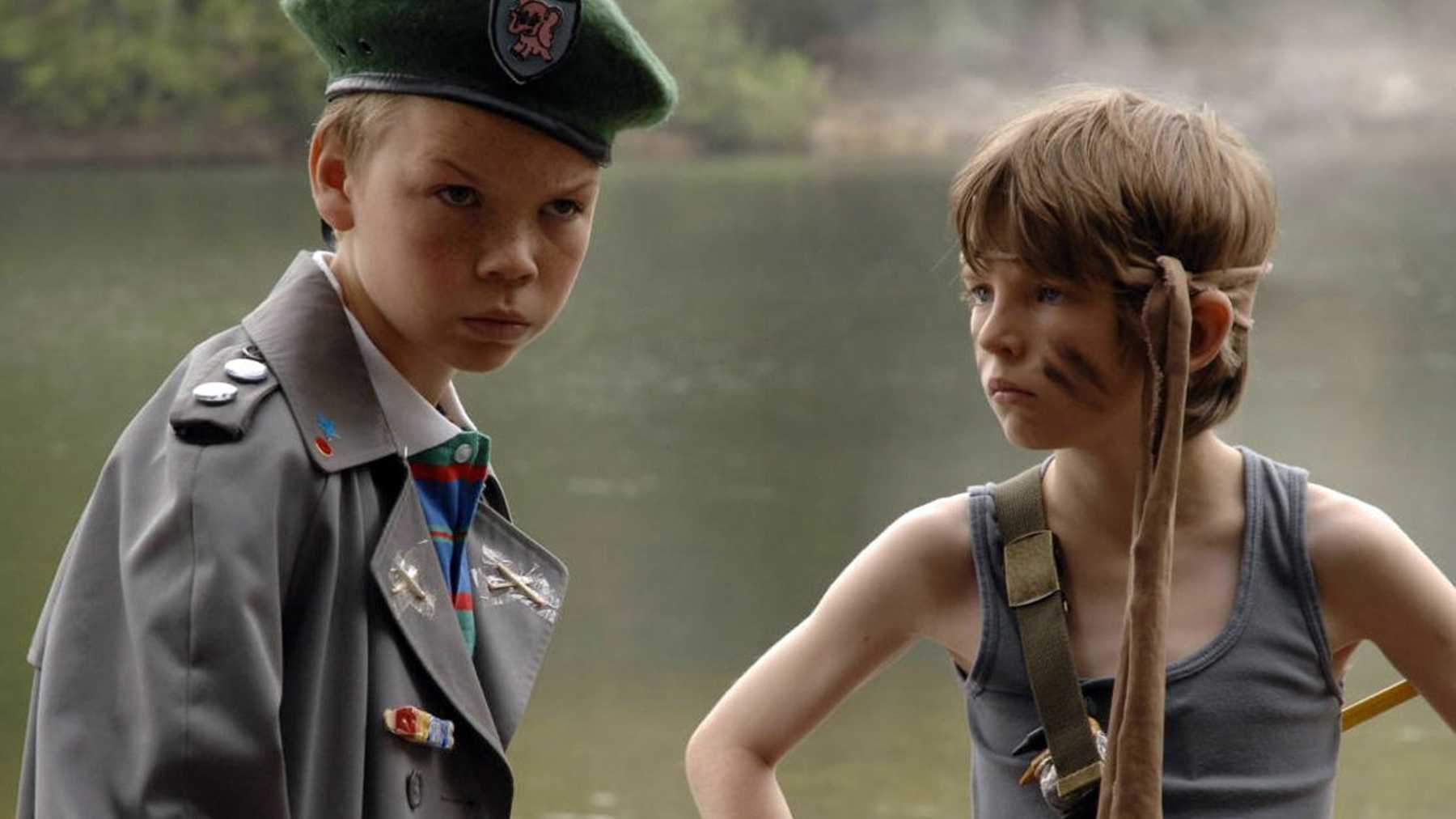 Meek Will Proudfoot (Bill Milner), a wide-eyed naïf in a repressive religious sect, and “devil child” Lee Carter (Will Poulter), a belligerent school troublemaker, becomes unlikely partners in Garth Jennings’ fanciful, funny Son of Rambow (2008). They’re odd couple buddies born of convenience (on Lee’s part) and naiveté (that would be Will) but forged in shared joys as they team up to shoot an amateur movie on home video, circa 1982.

Will lets his imagination run wild in hidden cartoons and fantastic stories colorfully scribbled out in the pages of his Bible and school textbooks. Then a viewing of the uber-violent First Blood (on a bootleg video, of all things) opens the floodgates of Will’s creativity, inspiring him to turn his private stories and imagery into a fantasy rescue of an absent father: a wild war movie by way of The Wizard of Oz.

Writer/director Gareth Jennings captures the innocent ecstasy of boys discovering the elemental power of cinema and the unfettered play of imagination with disarming humor. And he gives the boys a cartoonish invulnerability that falters only when their private world is invaded by competing egos (notably a French exchange student who becomes the local king of new wave cool).

There are a few scenes that don’t ring emotionally true, usually involving the sudden awareness or uncharacteristic generosity of previously oblivious adults, but they are easily forgiven in the richness of his remembrance of childhood creativity and limitless possibilities. Son of Rambow soars when the boys defy the frustrations of their lives through their art and play, rewriting their own stories with a fantasy of cinematic triumph that is real enough to them.

Add to My List on Paramount+ or stream free on Kanopy or Hoopla, which are available through most public and college library systems.

, iTunes, GooglePlay, Fandango, Vudu and/or other services. Availability may vary by service.
Son of Rambow [DVD]

On Blu-ray and DVD. Writer/director Gareth Jennings and producer Nick Goldsmith are joined by the adolescent stars Bill Milner and Will Poulter for the commentary and they don’t let having fun get in the way of really delving into the film. Their chummy chemistry – and the boys’ genuine excitement revisiting their filmmaking adventure – also carries the 26-minute “Boys Will be Boys: Making Son of Rambow,” as fun and enjoyable a behind-the-scenes portrait as you’ll ever see. The archival find on the disc is “Aron,” the real-life “Rambo”-inspired short that Jennings made as a boy.