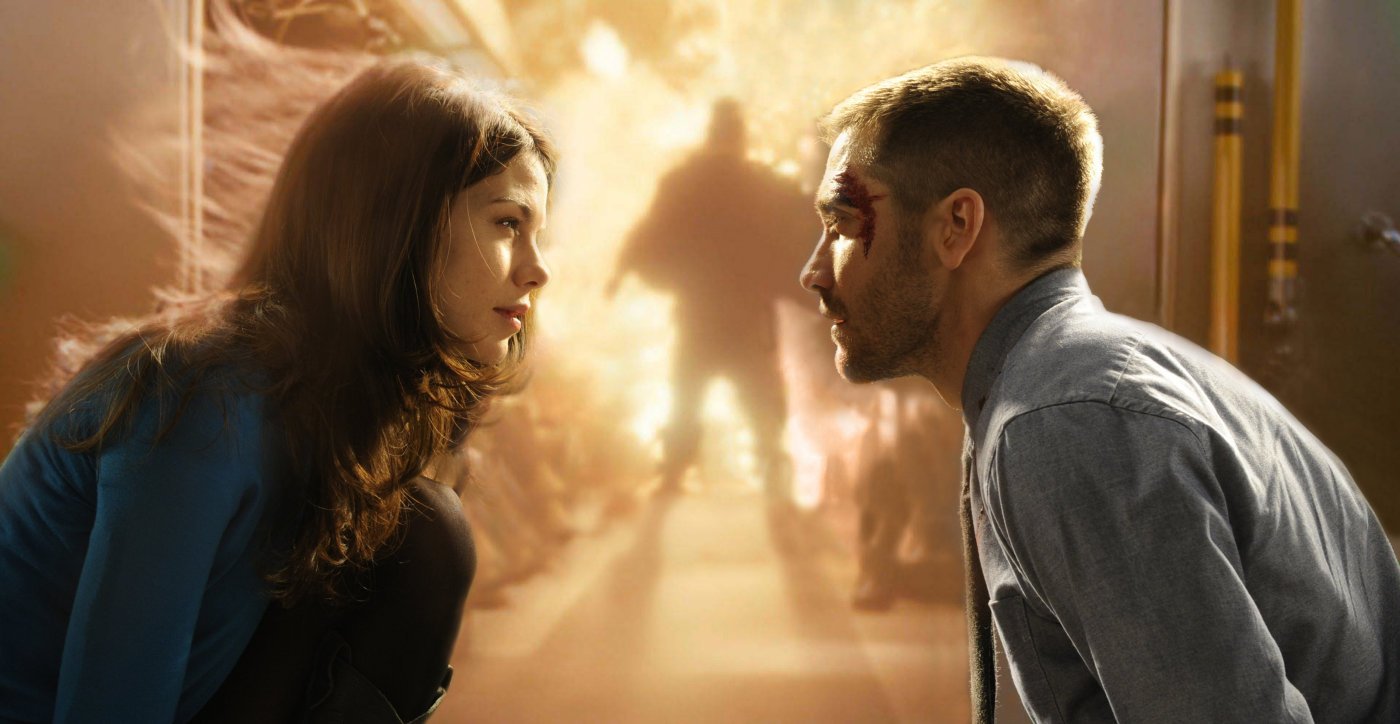 There’s a pretty nifty narrative hook on Source Code (2011), the second film from director Duncan Jones, whose debut feature Moon did wonders with a minimal cast and miniscule budget.

His cast and resources are decidedly upgraded here but his story is once again tightly focused on a contained little universe, a specific place and time. Eight minutes, in fact, relived over and over in a loop as Colter Stevens (Jake Gyllenhaal), a soldier who is suddenly yanked out of time and dropped into another person’s skin on a Chicago commuter train. He’s tasked to find a bomb and, more importantly, the bomber. Failure just rewinds back to the entry point and reboots the stopwatch, at least for a time. And in between, he wakes up in what appears to be a derelict diving bell or space pod. Yet another mystery that his handler (Vera Farmiga) and the mission boss (Jeffrey Wright) remain tellingly vague about.

It’s all pretty high concept and ambitious, with quantum physics and alternate dimensions tossed around, but Jones and writer Ben Ripley wisely use the ordeal as a crucible for character and even, oddly but effectively, a romance between Colter and the Christina (Michelle Monaghan), the gal pal of his host body. And it forges a relationship between Colter and his handler, a military officer with issues concerning the way the truth is withheld from Colter, even though their only communication is through a video viewscreen.

Meanwhile, Duncan creates a nifty mystery with snappy action and a real paranoid atmosphere for our (correctly) suspicious hero as he commits himself to his mission. Not out of duty to service but responsibility to the folks he ends up getting to know on the train. This time, maybe, he can save them.

The DVD and Blu-ray editions feature commentary by director Duncan Jones, writer Ben Ripley and actor Jake Gyllenhaal, who provide a lively give-and-take over the making of the film. The Blu-ray also features a bonus “picture-in-picture” track with interviews, behind-the-scenes footage, guest commentary by Sergei Gukov, Professor of Theoretical Physics and science advisor on the film, and “Focal Points,” which explain various concepts introduced in the film (such as quantum physics) in the simplified form of an animated classroom science film.