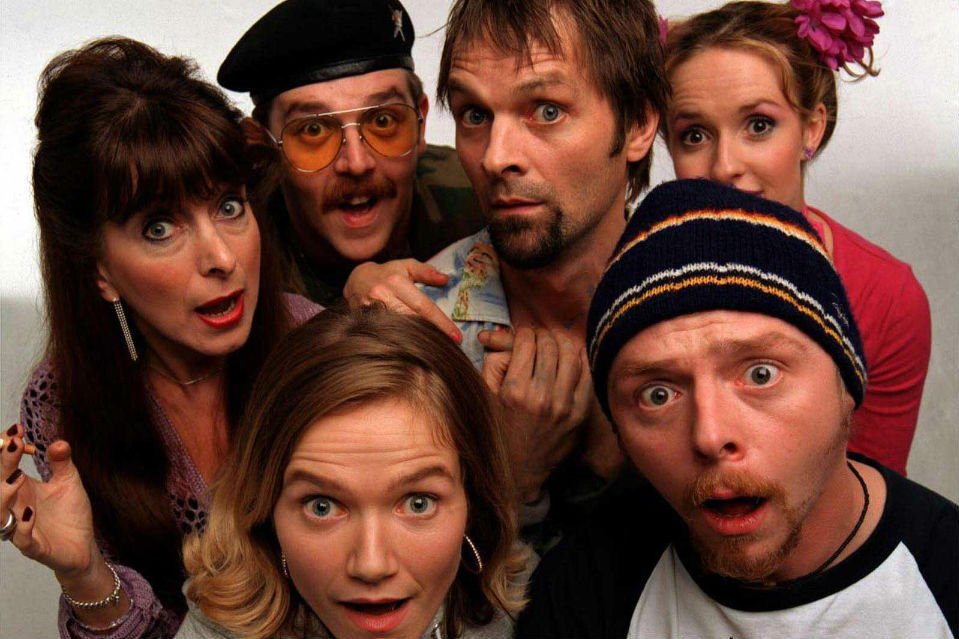 Pegg and Hynes play Tim and Daisy, slackers who meet at a pub and decide to pose as a couple to get a great flat. They’re not exactly the odd couple, but they are definitely odd roommates, a pair of goofball slackers with aspirations of professionalism that are largely extinguished by killing time over TV, video games, banter, and pints at the local pub, usually in the company of Tim’s gun-toting best buddy (Nick Frost) or Daisy’s dizzy pal Twist (Katy Carmichael).

This is funny, funny stuff. The lively humor is crammed with pop culture references and playful gags and executed with an inventive sense of style (for TV, anyway) and terrific energy. You can find the inspiration for Shaun of the Dead in the opening minutes of “Episode 3.” Julia Deakin co-stars as their weird landlady and Mark Heap is the darkly strange artist in the basement apartment.

With 14 half-hour episodes, it is easily binge-able in a week or even a long weekend.

, iTunes, GooglePlay and/or other services. Availability may vary by service.
Spaced: The Complete Series [DVD]

The three-disc DVD set from BBC Video features commentary on each episode by creators Wright, Pegg and Hynes. Choose between the original commentary tracks recorded for the initial British release with other members of the case, and newly recorded tracks featuring American guest fans (among them Kevin Smith, Quentin Tarantino, Matt Stone, Bill Hader, Patton Oswalt, and Diablo Cody) adding to the party atmosphere. The third disc features the 80-minute “Skip to the End,” a marvelously entertaining retrospective documentary hosted by creators Wright, Pegg and Hynes, and the 2007 reunion Q&A “Spaced on Stage.” Also features deleted scenes and out-takes, raw footage from various scenes, cast and character bios and teasers and episode promos, many of which feature original footage.