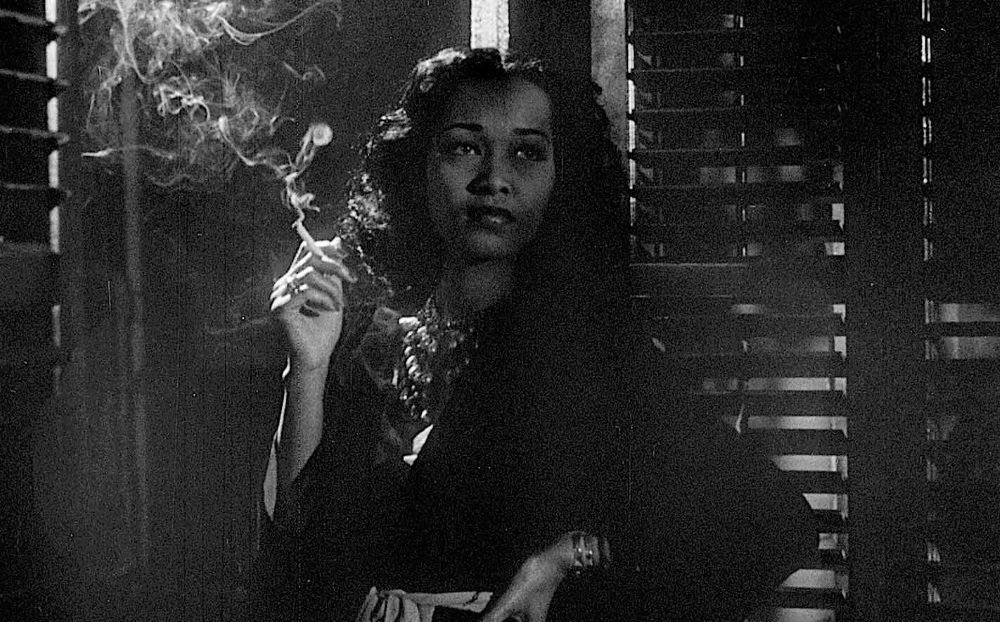 Spencer Williams is most famous as the actor who played Andrew H. Brown, aka Andy, on the TV incarnation of the long running radio comedy Amos ‘n’ Andy, but he was a show business veteran both in front of and behind the camera long before TV gave him the biggest audience he ever had. He began his film career recording sound for a series of black-cast short films for Hollywood producer Al Christie and went to learn all aspects of production behind the camera—and he even directed a comedy short, Hot Biskits (1930), where a rivalry plays out in an epic game of mini-golf—and in front of it. He played bit parts in Hollywood productions and major roles in the “race” features produced for African American audiences.

In other words, he was a filmmaking veteran when he made his feature directorial debut The Blood of Jesus (1941), an allegorical drama that follows a woman’s spiritual odyssey as hovers at the brink of dead. This is a classic meeting of morality play and folk tale. As the grieving husband (played by Williams), a sinner who skips church to poach game, sits over his unconscious wife (Cathryn Caviness), her spirit arrives at the crossroads where the devil appears to tempt her to Hell (a city of nightclubs, gambling rooms, and fast-living folks at night, of course). The Blood of Jesus was shot for pittance (something like $6,000) in Texas and it’s a scruffy production in a lot of ways, but it’s also inventive and impassioned. Williams, who also wrote the film, brings all of his technical savvy to make the most of his resources. He draws lively performances from a cast of amateurs, incorporates spirituals sung by Reverend R.L. Robinson’s Heavenly Choir, and delivers a tale repentance and redemption after a dip into sin city. And it was a success, launching a career as a director of low-budget films for all-black film circuit.

Dirty Gertie from Harlem USA (1946), an unauthorized adaptation of W. Somerset Maugham’s short story “Miss Thompson,” was one of Williams’ final films as a director. He relocates the setting from the South Pacific to a fictional Caribbean island called Rinidad and transforms its title character, renamed Gertie La Rue, from a prostitute to a celebrity headliner in a nightclub act who earned the name “Dirty Gertie” for her cheating ways. It’s another starvation-budget production—the tropical island setting is recreated in Dallas, Texas—but this time he had a veteran star: Francine Everett (her last name is misspelled as Everette in the credits), a singer, dancer, and actress who turned her back on the stereotypical roles offered by Hollywood. Gertie gave her the opportunity to play a glamorous, sexy black woman never seen in Hollywood pictures. Williams himself takes on a small but memorable role: the “voodoo woman” Old Hager, who sees no good in Gertie’s future. In some ways he anticipates Tyler Perry, playing the voice of fate in drag, but with his visible mustache and a husky voice, Williams barely bothers with the pretense of playing a wizened old woman. The weirdness of the scene, however, adds to the tension as a black cat and a broken mirror bring out Gertie’s superstitions.

In addition to his two most famous directorial efforts, the collection also features Williams as an actor in The Bronze Buckaroo (1939), a black western starring longtime Duke Ellington singer Herb Jeffries as a singing cowboy hero on the range. Williams is fine as comic relief but Jeffries has a charisma and confidence that should have made him a screen star outside of the race film circuit had Hollywood treated black actors, black stories, and the black experience with any respect.

The Blood of Jesus was added to the National Film Registry in 1991.

Netflix presents the collection in the manner of a TV series with each film or program listed as an episode. You can find The Blood of Jesus and the short Hot Biskits on episode 2, Dirty Gertie from Harlem on episode 14, and The Bronze Buckaroo on episode 18. 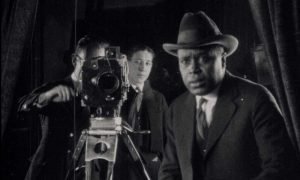