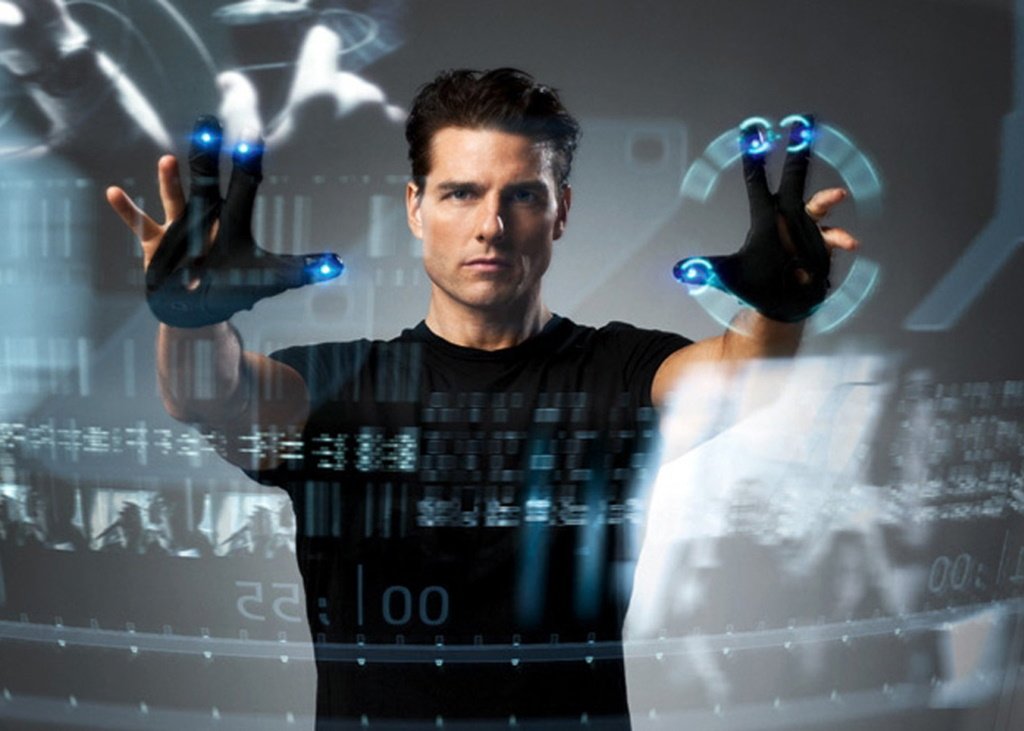 Steven Spielberg’s future shock crime thriller Minority Report (2002), based on a story by sci-fi visionary Philip K. Dick, offers law enforcement as a preventative force managed by drugged-into-submission psychics: they predict a murder and the cops arrest the perpetrator before he perpetrates anything. The names of the potential killers and victims roll out of the high-tech machine like lotto balls, the names carved on wood like winners and losers in a cosmic lottery.

Tom Cruise is the cop whose unquestioning loyalty to the system is jostled when his name is spit out of the computer and Samantha Morton is a psychic he rescues from her amniotic prison to find the flaw in the system. He goes on the run in a world of the future imagined with the mix of creativity and technical accomplishment that has made Spielberg one of the great modern filmmakers. He casts the future in the familiar blue and steel gray tones of an emotionally dead society but tricks it out with interactive billboards, DNA tracking, and highways that flow horizontally and vertically, like rivers spilling into rush hour waterfalls.

Like so many PDK adaptations, the script by Scott Frank and Jon Cohen misses the point of the original story, but the points it makes are just as valid and even more resonant to our own time. This is a portrait of a society that has passively bartered away civil rights and left much of the population in squalor, living in slums and surviving in the cracks of a surveillance society that has no use for citizens it can’t monetize. Spielberg makes the point with nightmarish clarity as the technology gets weirder, darker and more physically invasive but, true to Spielberg’s own vision of the world, under the nightmare is a belief that we will ultimately right what’s wrong.

The Blu-ray and DVD special editions feature their share of supplemental reports, including the documentary collections Minority Report: From Story to Screen (two featurettes with Spielberg and his collaborators), Deconstructing Minority Report (five featurettes about the look, design, and conceptual background of the film worked out with the nation’s leading futurists), The Stunts of Minority Report (behind the scenes of three separate sequences) and ILM and Minority Report (six featurettes on the special effects), concluding with the four minute interview featurette Final Report with Steven Spielberg and Tom Cruise. Laurent Bouzerou directs the documentaries (which would benefit greatly from a “play all” function), which are serviceable but have too much mutual admiration and not enough insight and interesting stories. Finally, the archives feature galleries of conceptual artwork (organized by subject), three storyboard sequences edited into real time “animatics” and set to the music of the film cast and filmmaker bios, 23 pages of production notes, and trailers.