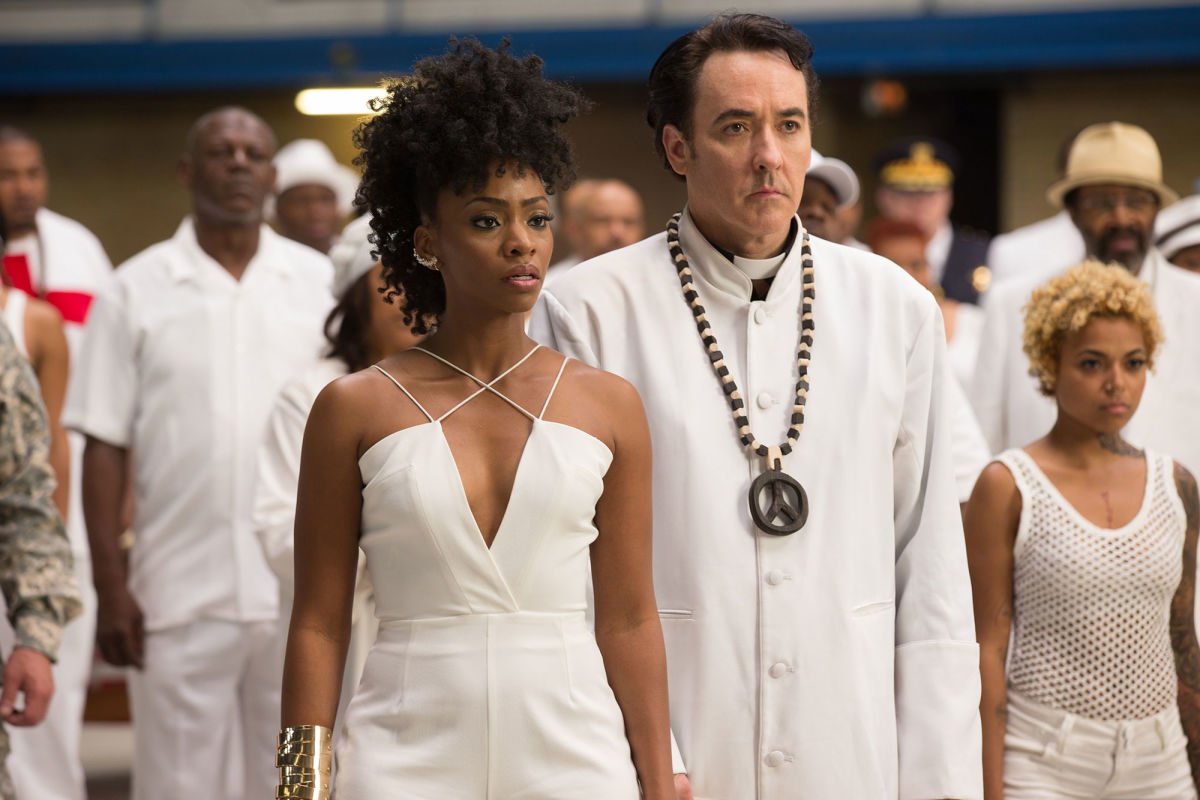 Spike Lee weaves a familiar call through Chi-Raq (2015), his polarizing portrait of violence on Chicago’s South Side. Wake up. It’s been a cry and a plea since his first studio feature, School Daze (1998), and it’s particularly resonant in a film about black-on-black gang violence in Chicago, where more Americans have been murdered in the last ten years than have been killed in the Iraq and Afghanistan fields of combat combined. It has earned the South Side the nickname “Chi-raq,” which Lee puts right in the title as a provocation.

Lee adapts “Lysistrata,” the ancient Greek play by Aristophanes about the women of Greece who go on a sex strike to force their men to end the Peloponnesian War, updating to contemporary Chicago and appropriating the rhyming couplets of Aristophanes as rap and street music, with Samuel L. Jackson adding commentary as the chorus / narrator (a similar role he played in Do the Right Thing). Teyonah Parris explodes the meek character she created in Mad Man as their first African American secretary to play the tough, sexually unapologetic Lysistrata, who is moved to initiate the strike after seeing a child killed in a drive-by and learning a little history from her neighbor (Angela Bassett, providing gravitas and seriousness).

The film was funded by Amazon Studios—their first original film—under the guidance of indie production veteran Ted Hope and they clearly gave Lee freedom to make his film in his way. This is a Spike Lee film through and through. It features jarring shifts in tone and temperament. It stridently proclaims its message throughout, at times like a revival meeting seeking a call-back, at others a history lesson in verse, and yet others a stage production in the streets captured on film. And its message is serious even if the vehicle is colorful and satirical, playing out as a musical production in one scene and a literal battle of the sexes via sex in another.

The idea that the only power these women have is through withholding sex from men is not a particularly empowering message, but Lee takes the theme to satirical extremes when they conquer and occupy a National Guard armory without resorting to a single weapon. It’s a sexy film about sexual politics and it’s filled with loss, righteous anger, political satire, musical energy, and a sensibility that swings from heartfelt tragedy to satirical caricature, and Lee catches a sprawling cast in the weave of his big net: Nick Cannon as a gangleader and rapper who has appropriated the name Chi-Raq as a kind of street cred (his performances glorify the deaths of his “soldiers”), Wesley Snipes as rival gangleader Cyclops (he, of course, has a patch over one eye), Jennifer Hudson as a mother mourning a dead child, John Cusack as an activist priest calling out “politicians in the pocket of the NRA” as the enemy, and many more.

It won’t be to everybody’s taste but it’s heartening to see Lee back in such ambitious form as a storyteller and as a political artist.