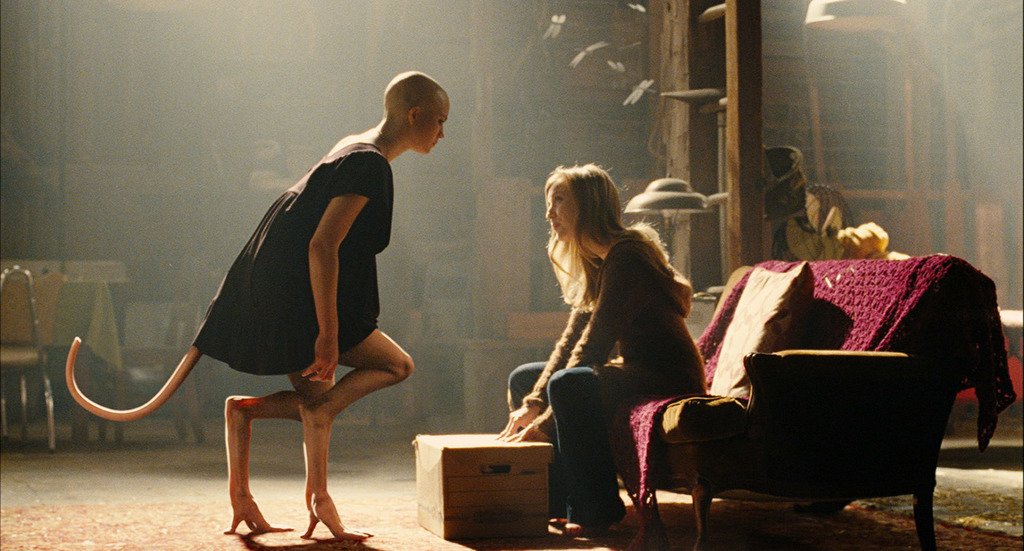 Splice (2009) – Professional partners and happily unmarried couple Clive and Elsa (Adrien Brody and Sarah Polley) don’t need children. They procreate with genetic experiments—splicing DNA from a dozen animals into a lab-created life-form they hope to harvest for pharmaceutical properties—and their masterpiece is a pirate side-project involving human DNA spliced into their zoological genetic cocktail. She calls it Dren (that’s nerd backwards) and goes all maternal. He is resistant (“It’s a mistake!”) but slowly gets attached as the lizard-looking creature becomes more humanoid.

The metaphors in Vincenzo Natali’s bio-horror aren’t exactly subtle: their experiment becomes their child, which they whisk away from the lab and into the (broken) home of Elsa’s troubled childhood, and the would-be parents get a rollercoaster trip through family issues and growing pains. It’s a time lapse crash course in parenting, with a side of unresolved mommy issues and paternal resistance (Daddy Clive tries to kill the unauthorized experiment at least once, maybe twice). And their little girl has a genetic zoo of abilities that manifest as she grows at an alarming rate, adding even more unpredictable wrinkles to the Freudian hothouse churning through this post-nuclear family.

The biggest weakness of this decidedly intelligent horror is the way it seems to check off each issue as it twists through this warped family drama, but with smart actors like Brody and Polley investing themselves in the emotional storm of their challenged allegiances, Natali and company pull it off. They use digital effects sparingly, creating Dren largely through performance (Delphine Chanéac as the grown Dren, Abigail Chu as the pup) with CGI enhancements, and keep the spectacle to a minimum. It works best while navigating the territory between emotion and instinct and primal drive, which lead these smart people to make some very stupid decisions.

The Blu-ray and DVD include the well-made 35-minute “A Director’s Playground: Vincent Natali on the Set of Splice.”