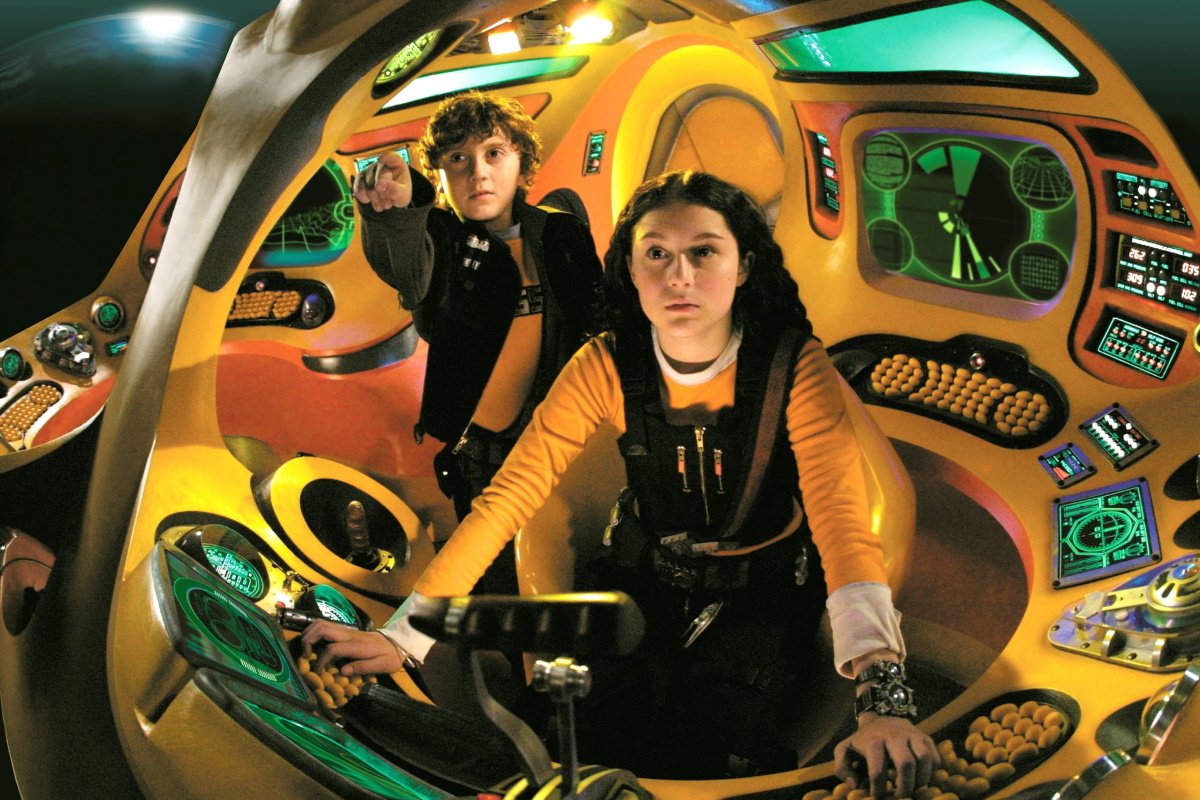 The kids of Spy Kids have grown up, if just a little, in Spy Kids 2: The Island of Lost Dreams (2002), Robert Rodriguez’s inevitable sequel to his junior James Bond adventure.

Spunky schoolkid siblings Carmen (Alexa Vega) and little brother Juni (Daryl Sabara) are now veteran agents whose new assignment takes them to the realm of pure fantasy: a genetic mix-and-match Jurassic Park and misfit Island of Dr. Moreau (this one run by one Dr. Romero, played by Steve Buscemi in high nebbish mode) hidden in the Bermuda triangle.

The preposterous dream-creatures are hatched with a childlike love of puns (spider-monkey, bull-frog, and could that flying sow be one of Pink Floyd’s pigs on the wing?) and raised with digital technology. This delightful tribute to the fantastic creations of Ray Harryhausen even borrows the famous fighting skeletons for a swashbuckling bit of action, done up with a Rodriguez’s goofy sense of humor.

Too bad the adult world subplots are flat under the frenzied direction, even with Ricardo Mantalban (in a souped-up wheelchair) and Holland Taylor as the know-it-all in-laws joining super-agent parents Antonio Banderas and Carla Gugino. Rodriguez gives them so little to do that only Banderas really registers as he spoofs his macho image with a clownish abandon.

Spy Kids 2: The Island of Lost Dreams is still a high energy, high tech wish-fulfillment adventure that empowers its young audience. Rodriguez has the chops of a smart-aleck film school brat and the imagination of a big kid, and they come together to remake the world in the image of its young audience. It’s more amusement park ride than adventure, which in this case is exactly the demographic he’s reaching for.