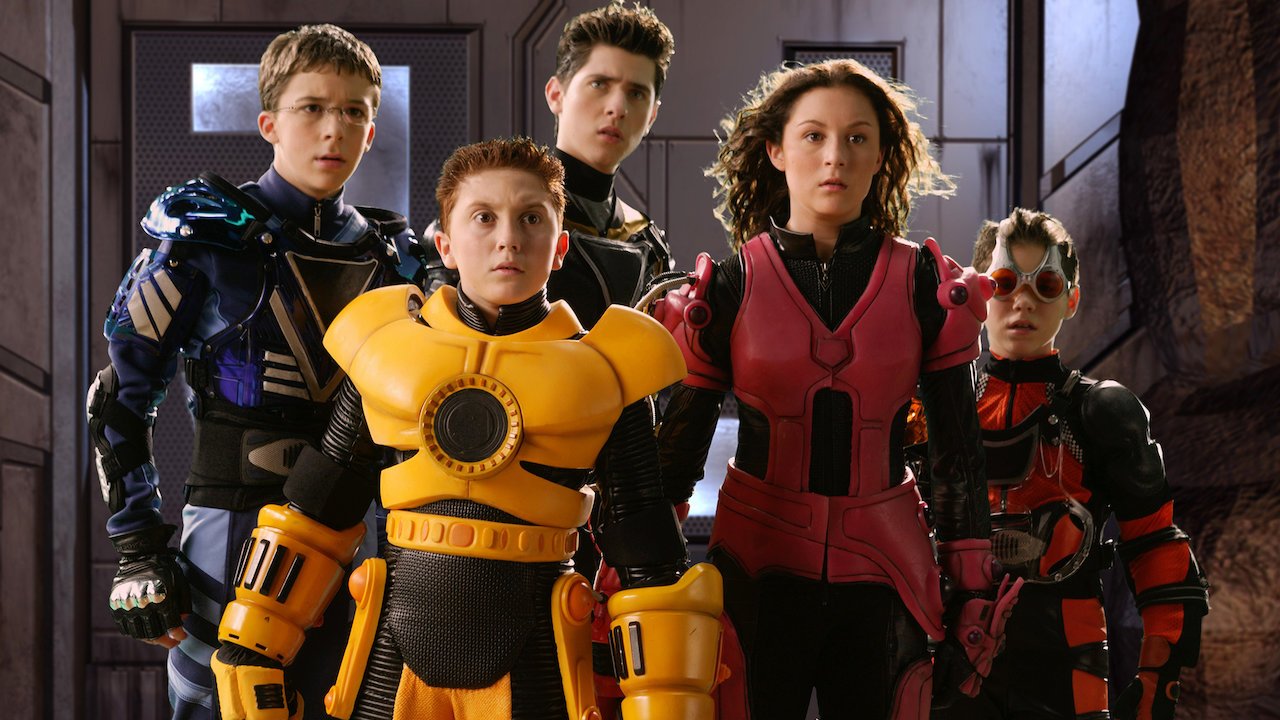 Orson Welles called Hollywood “the biggest toy train a kid ever had.” Robert Rodriguez takes the concept almost literally in his Spy Kids movies and especially in the adolescent blast of wish-fulfillment fantasy Spy Kids 3: Game Over (2003), a dazzling (and often absurdly silly) trip into a virtual reality video game.

Spy parents Antonio Banderas and Carla Gugino are awarded top billing but this is Daryl Sabara’s film. Little brother Juni has left the secret agent game and narrates his lonely life as a pint sized private eye with the alienated cynicism only a tween-age boy raised on cartoons and old movies could muster.

He’s called back into service to rescue his sister Carmen (Alexa Vega), who has been captured by the mumble-mouth computer genius The Toymaker (Sylvester Stallone, hamming it up so thickly you could slice his performance up for sandwiches). His mean streets are the cyber-brick road of Game Over, the interactive on-line game phenomenon that threatens to steal the mind of every child that enters its world. Sort of like real video games.

He gathers a group of adolescent lost boys (all swaggering attitude in their make-believe domain) and winds up a virtual-messiah. Think Tron by way of The Matrix, minus the pseudo-spiritual pretensions. This video game is just a video game.

Where George Lucas and the Wachowski Brothers spend hundreds of millions on their digital toybox to render fantasies closer and closer to photographic reality, Rodriguez explores with childlike glee the wild possibilities of deliriously unreal worlds on a fraction of their budgets. He flings every possible object into the audience, launches the viewer headlong through the digital landscape, and periodically simply floats his film off the screen and into the audience.

Strewn with adolescent puns and nerdish video-game humor, and the best 3D effects ever hurled at an audience (still fun even in tradition 2D home video), you hardly even notice that all pretense at story has been tossed off the screen with everything else. Powered by adolescent daydreams and superhero fantasies and running on state-of-the-art digital technology, this is a true kid’s fantasy created by biggest kid making movies today.

It of course follows the original Spy Kids (2001) and Spy Kids 2: The Island of Lost Dreams (2002). More sequels follows the decade with new casts and characters.

The two-disc special edition features both the 3-D version (with 4 pairs of special 3-D glasses) and the “flat” 2-D version, with commentary by Robert Rodriguez. The supplements include plenty of featurettes, including another chapter in the “Robert Rodriguez Film School,” an unusually practical series of ten-minute documentaries on how Rodriguez is able to make ambitious films on low budgets. Also includes a multi-angle look at the stages of the film’s special effects, footage of Alexa Vega in concert at the film premiere, and a set top “Mega Race” interactive game (in both 2-D and 3-D versions)