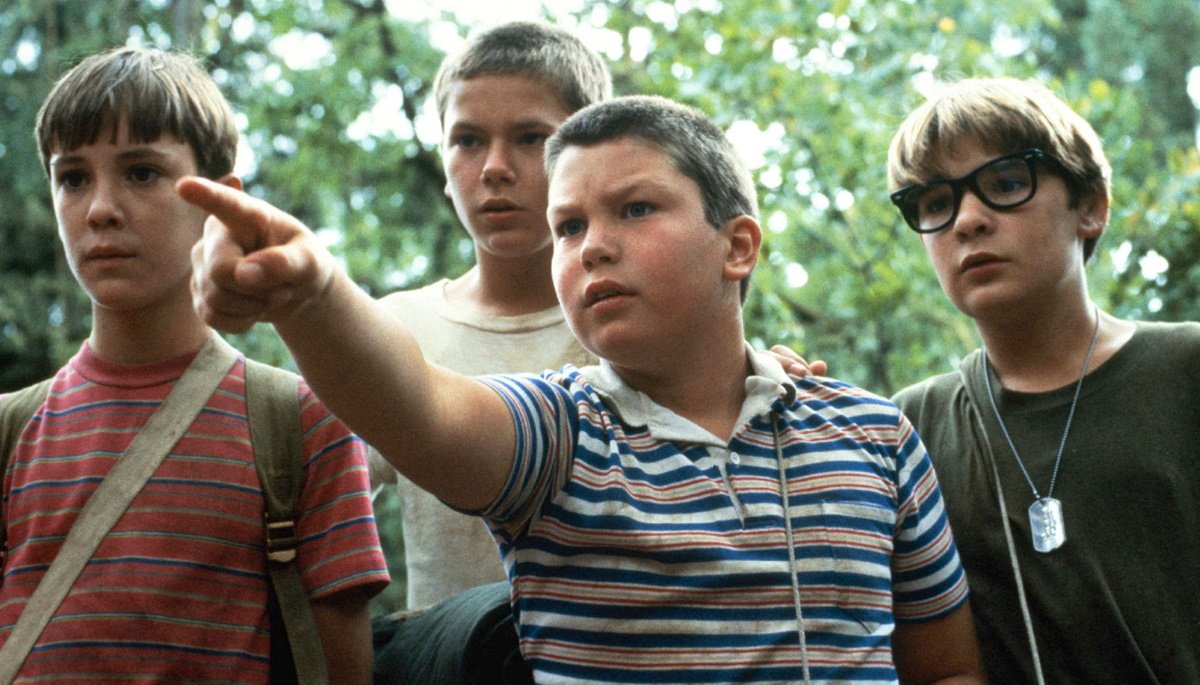 In the interests of full disclosure, let me confess that Stand by Me (1986) marked my film debut. Look closely in the front row of the grandstand in the pie eating contest. That’s me, next to the old guys in the red fezzes with antlers. Yes, I was an extra in Stand by Me, which also marked my final big screen appearance.

So yeah, maybe I’m not particularly objective, but it is a pretty terrific movie, a Bradbury-esque story of an adolescent adventure one summer and one of the finest Stephen King adaptations ever (it’s based on his short story “The Body”).

Wil Wheaton plays a small, bullied boy mourning the loss of his protective older brother (John Cusack in flashbacks) and River Phoenix is his best friend, a kid with a bad reputation and a good heart. Along with the two buddies in their little gang (Corey Feldman and Jerry O’Connell), they embark on an overnight adventure to hike out to see a corpse they’ve heard lays along the railroad tracks. It might sound gruesome but the film is really about the last summer of innocence and the bonds of friendship and loyalty.

Rob Reiner (directing his first drama) captures the texture of adolescent friendship and draws superb, vital performances from his young cast. Oh, and if you’ve never seen the film, that pie-eating contest is a kind of fantasy sequence, a tall tale told over a campfire: exactly the kind of harmless gross-out story you’d expect from a bunch of kids having the time of their lives just being kids. The film is rated R for language but it’s as good a portrait of being a kid that I’ve seen in the movies.

The screenplay by Raynold Gideon and Bruce A. Evans earned an Oscar nomination the film was nominated for three Film Independent Spirit Awards, including best feature.

Also on Blu-ray and DVD and on SVOD through Amazon Video, iTunes, GooglePlay, Fandango, Vudu and/or other services. Availability may vary by service.
Stand by Me [Blu-ray]
Stand By Me [DVD]
Stand by Me [4K Ultra HD + Blu-ray]

On Blu-ray and DVD with commentary by director Rob Reiner and the featurette “Walking the Line: The Summer of Stand By Me” (where Stephen King himself remarks that the film was “the first really completely successful adaptation of my work”). The 25th Anniversary edition also includes picture-in-picture commentary by director Rob Reiner with now-grown actors Wil Wheaton and Corey Feldman, recalling the production (and co-star River Phoenix) with anecdote and stories.