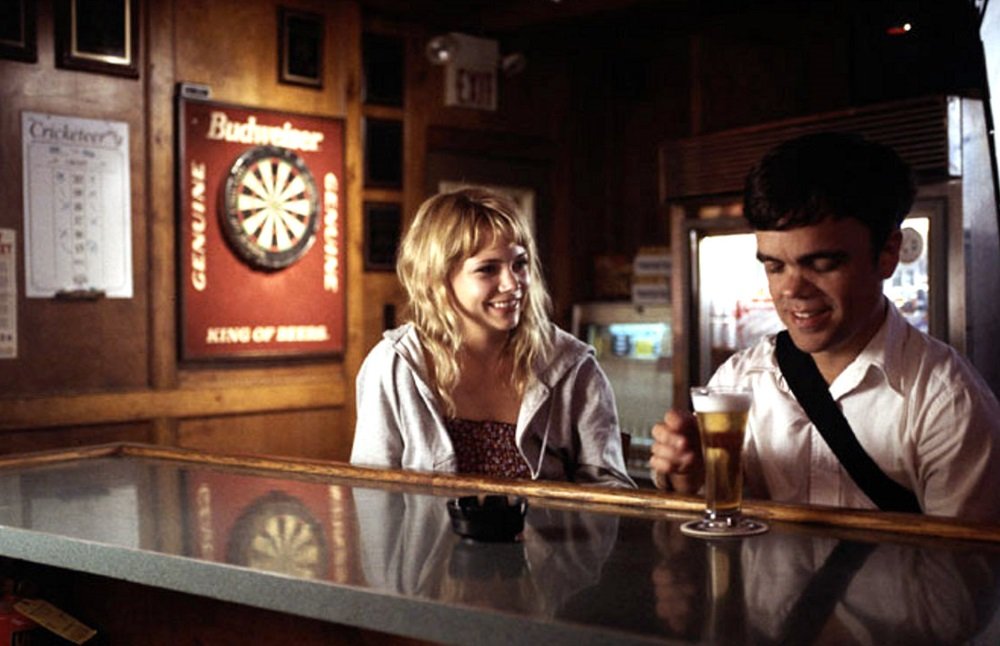 The Station Agent (2003) is in many ways the launching pad for two impressive careers. It is the directorial debut of actor Tom McCarthy, whose 2015 film Spotlight won the Academy Award for Best Feature, and it is the first starring role for actor Peter Dinklage, who since went on to become the Emmy-winning star of HBO’s Game of Thrones.

McCarthy wrote the part of Fin, a loner with a passion for trains whose only friend in the world dies and leaves him a parcel of land in New Jersey with a vintage train depot on it, specifically for the diminutive Dinklage, who had previously been relegated to supporting roles and stunt casting. For the first time in his career, Dinklage was allowed to play someone with dimension, passion, and an identity beyond his physical attributes, and he makes the most of it.

Dinklage is 4′ 5″ due to a form of dwarfism and for years it limited his roles. Here it shades his character without defining it. The Station Agent is the story of how his defiantly isolated character, Fin, becomes the glue in an unlikely trio of friends (Patricia Clarkson as a distracted painter in the midst of a separation and Bobby Cannavale as a chatty hot-dog seller). They have nothing in common but the enjoyment of one another’s company.

It’s a sweet, modest, unpretentious movie that is content to spend time in their good company. Michelle Williams co-stars as a sweet but unhappy young librarian who turns to Fin for comfort after her small-minded boyfriend convinces her that he’s the jerk everyone else knows him to be.

Leaves all HBO platforms at the end of May. Add to My List.

Also on disc and on SVOD through Amazon Prime

and other services. Availability may vary by service.
The Station Agent [DVD + Digital]