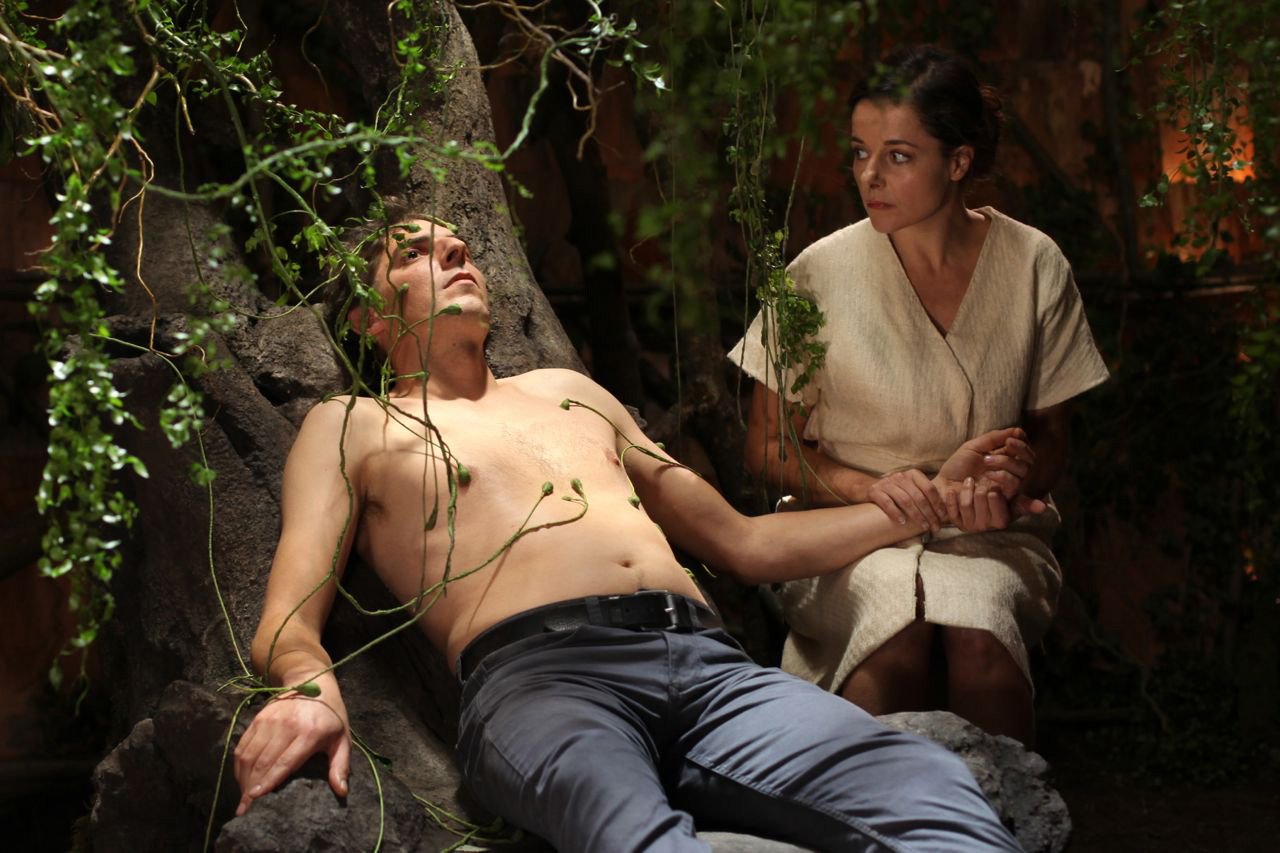 Staying Vertical (France, 2016), written and directed by Alain Guiraudie (Stranger by the Lake), plays like a metaphor for creative labor and writer’s block that got lost in the same loop that Léo (Damien Bonnard), a blocked screenwriter avoiding his deadline with a circular journey through the French countryside to the city and back, endlessly spirals down.

It opens with Léo trying to pick up a surly, handsome young punk (Basile Meilleurat) and then shacking up with a single mom (India Hair) on a sheep farm on the prairie. It’s hard to measure time passing in this loop and before we know, he’s the father of a newborn that mom essentially leaves him in the break-up. This closed universe also includes the strangest naturopathic doctor you’ve ever met (she attaches plant fronds to Léo like cables to check his vitals) and a cantankerous old man who blasts prog rock from vinyl in the farmhouse home he’s let slide since his wife’s death.

Along with the hardly-subtle symbolism stirred through the cycle (watch out for the wolves picking off the sheep!) is explicit sexuality (no surprise to anyone familiar with Guiraudie’s films but startling to anyone else) and naked desire. I found it overly glib and indulgent and the pansexual Léo is not exactly likable but fatherhood makes him sympathetic—it’s the only thing that motivates him besides his own desires and creative blocks—and Guiraudie brings an enigmatic beauty to the physical landscapes and Léo’s spiritual transformation and a sour twist to his satire on artistic purity in a world where wolves pick off the stragglers and loners abandoned to the wilds. By the end of the film I was, if not won over, at least intrigued by the earthy poetry of Guiraudie’s direction and the mix of resignation to loss and determination to survive.

Also on DVD and on SVOD through Amazon Video, iTunes, GooglePlay and/or other services. Availability may vary by service.
Staying Vertical [DVD]