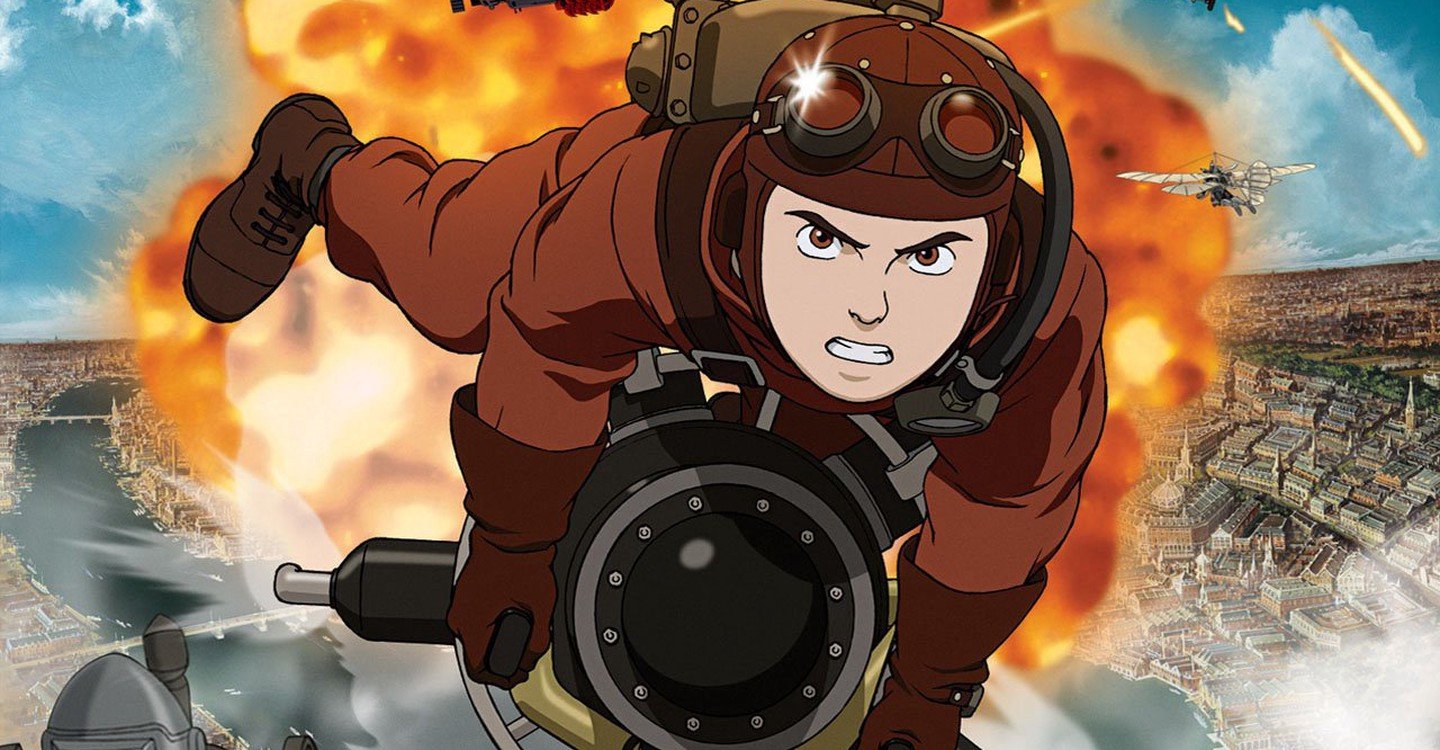 Katsuhiro Otomo’s 1988 animated landmark Akira is one of the essential titles of cyberpunk cinema. With Steamboy (Japan, 2004), he steps to the industrial revolution of 1866 England to take on steampunk, a historical genre of science fiction with an alternate reality of scientific advancement.

Idealistic boy inventor Ray Steam is happy to tinker over his own inventions when a package from his grandfather lands him in the midst of an arms war. It turns out that the father he thought was dead is alive and mechanically enhanced and working for an American armaments company, the O’Hara Foundation. While Ray’s slightly batty, sabotage-minded grandfather steps in to protect his grandson from O’Haras, power-mad dad Edward Steam uses their invention—a high density “steam ball” with the power of a modern jet engine—to build steam-powered tanks, mechanical robo-suits, and flying soldiers in aero-harnesses.

It’s part Jules Verne arms race nightmare, part James Bond gadget war, and part boy’s own adventure, mixed in with a talky philosophical debate about power and responsibility. Edward preaches about bringing science to the world and improving the lives of everyone but his boss just wants to use his dream creation, a flying Steam Castle, as the crown jewel of their weaponry catalog.

Japanese animation has been exploring the tools of computer animation in the service of their traditional hand-drawn style for years. This is one of the better fusions. The camera floats and dives past the gorgeously detailed mechanical latticework of pistons, rivets, and interlocking gears with the freedom offered by CGI and the ink and paint texture of classic animation.

Available to experience in both the original Japanese soundtrack (featuring Anne Suzuki) and the English language version (with the well-cast voices of Anna Paquin, Alfred Molina, and Patrick Stewart).

Also on Blu-ray and DVD and on SVOD through Amazon Video (in Japanese language and English language editions), iTunes, GooglePlay, Fandango, Vudu and/or other services. Availability may vary by service.
Steamboy [DVD]

The DVD features the 126 minute director’s cut of the film (it was cut for the American release), the featurette Re-voicing Steamboy (about preparing the English language version), an interview with director Katsuhiro Otomo, a multi-screen landscape study, production drawings, animation onion skins, the end credits sequence without the text, and an exclusive Otomo illustration postcard.